The Other Side of the Table 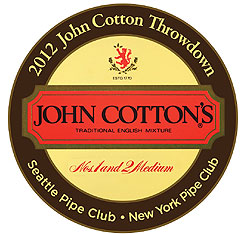 Last year, I had the good fortune to be asked to be a participant in the inaugural Throwdown blending competition, sponsored by the Seattle and New York Pipe Clubs, which called upon myself, Mike and Mary McNeil of McClelland and Carl McAlister of Altadis to try to make a blend as close as possible to the revered Balkan Sobranie 759. Our BlackHouse was selected as the Grand Prize winner, and the aftermath, including the very successful commercial launch of the blend, has been uniquely satisfying.
A while back, I received a call from Matt Guss, the president of the Seattle Pipe Club, and one of masterminds of the throw down, asking me for some feedback. After a little chat, he said that the clubs wanted to invite 3 different blenders to be involved with the 2012 Throwdown to keep it fresh and vital, and I agreed that it would be wise to do so. At that point, however, I also felt a little deflated as I had enjoyed being included in the event. After our exchange, Matt asked me if I would be one of the judges for this year’s contest. I immediately agreed.

I’m not unaccustomed to evaluating tobacco products as I’m constantly scrutinizing my own work, and I also do cigar reviews for our sister publication, Cigar Chronicles.com, but this task carries quite a bit more weight than a cigar review as there’s a competition involved, so I’m putting my serious hat on to be as focused as possible to make a difficult selection.
My methodology, to this point, has been to try the original blend (John Cotton’s #1 & 2 Medium, one of my old favorites) and then one of the entries in a double-fired porcelain pipe, made for me by Rolando Negoita. Since it’s a non-absorbent material, a good wipe of a cloth and a couple of pipe cleaners and it is clean and ghost-free. The initial results have been pretty surprising, but I won’t reveal any details here.
The next time through, I try the blend in a briar that has been thoroughly cleaned and I dedicate the pipe to that blend until I’m finished. Between puffs on the pipe, I sip seltzer and have some water crackers and mild cheese, which are often served at wine tasting and during the judging of various food competitions. I also try to change up the time of day, as that will also impact how the tobacco tastes.
We are tasked with judging the blends based upon appearance, smoking qualities, flavor and aroma, and what I’ve discovered during the process is that even though each blend is a bit different, they all, to this point, have captured some element of the original, so the final judgment is going to be really interesting, and, I would guess, quite close.

MORE READING  So Much for My Career As a Scientist 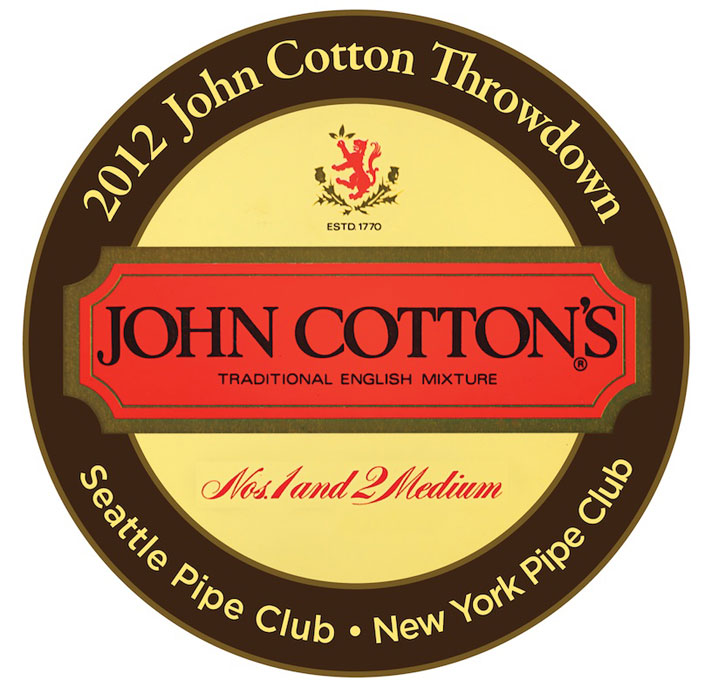 Throwdown Logo Designed by Neill Archer Roan
The bottom line for you should be that there just might be three great new blends for you to try, if all the blenders decide to bring their entries to market. I have noted some excellent qualities in all three of the blends, and I write notes as I smoke, that is, if I can see properly because of the tears in my eyes after smoking the original, which I haven’t done in some 25+ years.
I’m having an inordinate amount of fun with this, so far, but I always feel a little uncomfortable passing judgment on other people’s work. That said, based on my experiences so far, this has been one of the tastiest challenges of my life, and I’ll have a lot more to say after May 5th. Let’s get ready to rumble!
2012 John Cotton Throwdown
3 talented blenders compete using their skills to match the legendary John Cotton 1&2
Judges:
Neill Archer Roan
Marty Pulvers
Russ Ouellette
Blenders:
Steve Books, House of Calabash
Dick Silverman, Chief Catoonah
Leonard Wortzel, Lane Limited