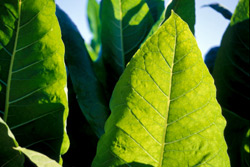 I don’t even know where to begin writing about nicotine.
If there is any substance that has a more “Jekyll and Hyde” profile than nicotine, I’m not aware of it. It can be a stimulant or a calmative. It can be a deadly poison, or it can be therapeutic. It can aid in spurts of energy and lead to periods of lethargy. Finally, most people know little about the substance, including their own intake, but I digress (as I am frequently wont to do).

Let’s start with the basics- nicotine is an alkaloid, and in highly concentrated doses is a strong poison. The amount taken in during smoking is nowhere near what would be necessary for toxicity, and under all but the most unusual circumstances (such as wearing a number of transdermal patches and chain-smoking cigarettes simultaneously) will rarely cause severe illness or death. It also is a vasoconstrictor, so it can elevate blood pressure and can affect many bodily systems. 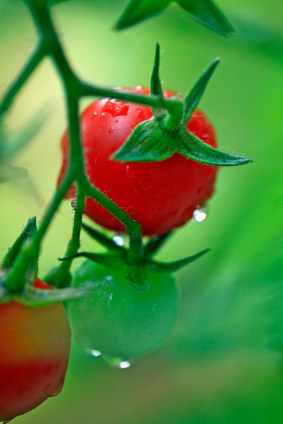 One thing that is rarely discussed, however, is that most people routinely take in some level of nicotine, whether they use tobacco or not. Nicotine is present in the members of the nightshade family, of which tobacco is one. But that family also includes potatoes, tomatoes, eggplants and peppers. So, many of the people who warn others about the harmful effects of nicotine are getting some in their diet regularly. Granted, the level in these foods is comparatively low versus using chew or dip, but it’s there, nonetheless.

Nicotine is a biphasic substance, meaning that in low doses, it has a stimulant effect, but in larger doses, it can have a calming or soporific influence. Short puffs on a cigarette, or smoking cigars or pipes (without inhaling), delivers such low doses. The stimulation caused by nicotine is not just a psychological effect, either. Testing has shown that attention, memory and cognitive ability can be measurably increased under the influence of nicotine. In the case of cigars and pipes, the delivery is much slower as well, due to less absorption from the mucus membranes of the mouth as opposed to the large surface area of the lungs. It takes 15 to 20 minutes for the nicotine in pipe or tobacco smoke to break the blood/brain barrier, whereas it takes less than 10 seconds to do so for a cigarette smoker. When a cigarette smoker inhales deeply, or when a pipe smoker encounters a Lakeland flake or rope with dark-fired, the higher level of vitamin N can cause relaxation or even drowsiness.

Nicotine is a nitrogenous substance, and so tobacco grown in soil with a high nitrogen content, or in a field where nitrogen fertilizers are used, can be a bit more potent. Much of what we identify as “spice” in a cigar or pipe blend comes from the influence of nicotine. That sense of a “bite” in the back of the throat also comes from this source. To some degree, nicotine has some impact on the heat of peppers.

It was also used extensively in the past as a very effective pesticide, but due to its toxicity to mammals through ingestion and skin contact, it is largely avoided today, however, there are still uses for nicotine. Of course, it’s used as the base for many smoking cessation products. It can also have anti-inflammatory properties (like capsicum, which is also found in hot peppers…
coincidence?), has been shown to have cancer-preventing properties under certain circumstances, and has been involved in testing as a treatment for Alzheimer’s and Parkinson’s diseases. It may also have a therapeutic effect for people with depression or ADHD. 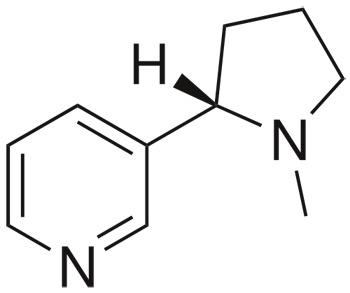 There are some other aspects of nicotine that are intriguing. The use of it has been tied to regularity with some people. In fact, some folks who have quit smoking abruptly have had bouts of gastric distress, bloating and other gastrointestinal issues.

One of the impacts it has on the body is that it causes the liver to release glucose into the bloodstream, so the blood sugar level will rise. In the case of higher amounts due to stronger tobacco or using it orally, nasally or through inhalation, the blood glucose level can rise quickly and then crash, leaving the person nauseous, shaky, disoriented and may even cause short, rapid hiccups, also known as the “nic-hics”. For this reason, if you’re planning on trying a stronger pipe tobacco or cigar, keeping a piece of candy nearby is a good idea. Chocolate works very well, as it not only has the sugar that your body wants, but it has some caffeine as well to expedite the delivery of the glucose.

One of the commonly-held fallacies is that nicotine is a carcinogen. This is not the case. In fact, in the case of HIV-positive people, it has been shown to possibly retard the development of a cancer that often affects that group.

The vasoconstrictor impact, and the fact that nicotine can elevate the heart rate are the main reasons that people with cardiac problems are encouraged to avoid it. Of course, the degree of the effect has a lot to do with what form the tobacco is used in, how it’s processed and the natural nicotine content of the particular strain(s) used. For the most part, Virginias (flue-cured) tend to be rather low in nicotine, with Burleys (air and fire-cured) being significantly higher, and sun-cured Oriental/Turkish leaf falling somewhere in-between. Use of heat in processing can reduce the amount of nicotine, whereas other processes can increase it.

My purpose isn’t to promote nicotine or to bash it. It’s in a number of commonly-ingested foods, and therefore can’t be a catastrophic influence on one’s health in measured amounts. As in just about everything in life, moderation seems to be the key; after all, moderation is often the difference between use and abuse. All I know for sure is that the measured use of tobacco has helped me remain clear when tired, on occasion, and helped me to relax often, and that may be more important to my overall well-being.