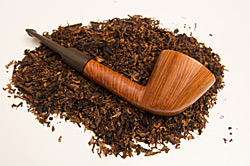 No, this isn’t a novel, but the title applies, because few things are as polarizing as our particular preferences about pipes, tobaccos and accessories. Much of it is meant to be humorous, some is said half-jokingly and the balance is loaded with vitriol and passionate hatred. Come to think of it, it often sounds like the discussion about the designated hitter.

Without question, the number one target of derision is one of the most popular items among pipe smokers- aromatic tobacco. Non-aromatic smokers will ask "what kind of crap is in your pipe?" and will frequently compare the aroma to fruit salad, a fire in a bakery or what it must smell like if Carmen Miranda’s hat went to hell.

In fairness, many, if not most aromatic smokers prefer them because they have a pipe smoldering for a good portion of the day and want something a little sweet, easy on the tongue and palate and fairly priced. Beside that, they may be smoking around other people and are trying to be considerate by smoking a blend that is less likely to offend the nose of the non-smoker. Still, no group is chided for their choices more than the aromatic smokers.

People who smoke Latakia blends would probably come in second to the aro clan. The aroma of Latakia mixtures has been compared to a forest or house fire, a full-blown inferno in a tire dump or what Armageddon will probably smell like. To the non-smoker, the comments about the smell tend to be even worse, most using language that would be better suited for shore leave. But Latakia blends tend to be among the coolest smokers and have a lot of rich, complex flavors. For some folks, the taste might be a bit too intense, but many of the classic blends contain varying amounts of the black, smoky leaf.

The Virginia smokers most often get the "why bother?" comments. Virginia blends tend to be more delicate, and the American palate, which leans toward grilled steaks, buffalo chicken wings and chili, has a hard time discerning the nuances of some Virginia blends. Of course, there are a lot of tobaccos made primarily of Brightleaf that have deep, tangy and/or rich flavors, but for a lot of people the comparisons seem to be the flavor of tea, toast or air. Of course, when lovers of other tobaccos try one of the Lakeland Virginias they tend to drop some of their criticisms, not so much because they necessarily fall in love with them, but more because the hefty dose of vitamin N makes it difficult for them to speak. Although some people knock Virginia blends for their lighter flavor, I think many of them aren’t put off so much by the flavor as much as the fact that the tobaccos can get a bit hot for a lot of smokers who can’t "sip" a pipe and keep it lit.

Burley smokers often get teased about their tobaccos in a similar vein as Virginia aficionados, but the joking tends to abate when dark Burleys come into play. They have a deep, earthy flavor, often with a spicy undertone. Often, Kentucky Burley is fire-cured which infuses it with a smoky flavor and aroma which is influenced by the type of wood (often hickory) used in the process. Both of them pack a significant punch. White Burleys are much lighter in flavor and nutty, but because they take on flavorings well, the critics tend to look at white Burley as just the base for aromatics, but a lot of venerable American blends depend upon it for the smoothness and cool burning properties. 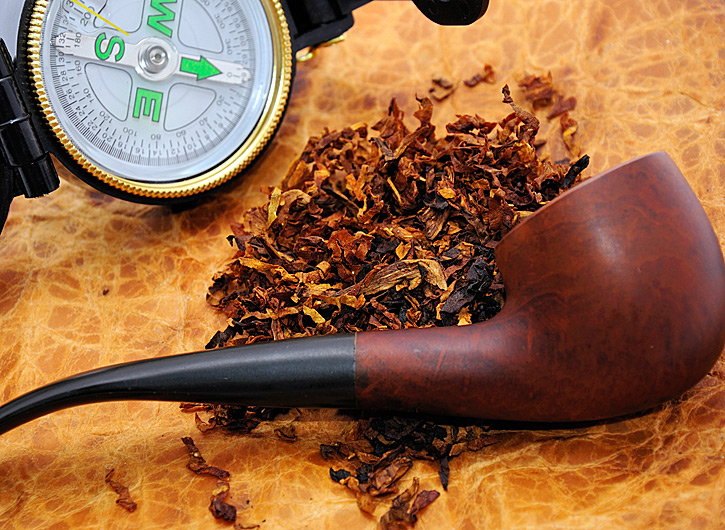 As to pipes, few people get kicked around more than the corncob smokers. Usually the comments reference Popeye, Frosty the Snowman or something about a hayseed. The truth of the matter is that a cob can be an excellent smoker, adds a bit of sweetness, and best of all, they’re reasonably priced enough that if they’re dropped on the sidewalk or over the side of the boat, tears usually don’t ensue.

One of the drawbacks of cobs is that they have a relatively short lifespan, but, again, the price balances that out. If you get 6 to 12 months or more out of a 5 dollar pipe, it certainly seems reasonable. My favorite corncob-related moment was from the day that I took a phone call from someone looking for an estate cob.

There’s usually very little teasing about briars and meerschaums, but the styles and shapes are the cause for a lot of chop-busting. Those pipe guys who gravitate toward Danish shapes will occasionally get the comments about their briars looking as if they were designed by H.R. Giger, H.P. Lovecraft or Hieronymus Bosch (there must be something about the letter h). Likewise, the smokers who like those more modernistic or organic shapes will give the traditional shape smokers a hard time about being anachronisms, making comments to the effect of "You bought the first pipe Dunhill ever sold directly from Alfred, didn’t you?"

Of course, walking around with one of the brightly-colored "The Pipe" will make you an easy target and God forbid that you should have the even odder version called “The Rock” in your mouth. In either circumstance, your integrity, among many other things, will be called into question.

Of course, it’s all in good fun, as mostly all the pipe smokers I know are just happy to meet and talk to another brother (or sister) of the briar. After all, the modern credo is “Like what you smoke, smoke what you like”.

As for my preferences, they’re none of your damned business.