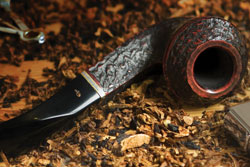 I’ve been involved in sales and marketing for over 30 years, sometimes for small local firms, sometimes for large national or multi-national companies, and I’ve seen, and been involved in, a fair number of marketing campaigns with varying amounts of advertising. I’ve worked for retailers that ran weekly Sunday newspaper inserts, have done TV spots, radio and magazine ads, billboards and more. All of these types of marketing have their place, and the return on investment has ranged from spectacular to horribly disappointing, without any way of knowing how successful the advertising will be.

When I came to work at Habana Premium Cigar Shoppe, we did a variety of local advertising, all of which worked pretty well, and we did some magazine and online ads for PipesandCigars.com. Our campaigns were pretty much "fly by the seat of your pants", and we always saw a response.

After almost a year of working on the retail floor and eventually managing the store, I was called upon to try putting some blends together, which I had done in years past. I came up with six mixtures and brought them to our pipe club meeting to have the members sample them. We have a nicely diverse group, so I knew that I could get feedback on all of the blends. The response was remarkable, and we decided to try selling them on our tobacco bar. We gave samples to anyone who routinely purchased something similar, and in no time we had a steady following. Scott, the owner of the company decided that we should list them on our website. In a rare example of prescience, I thought that we should give the tobaccos an all-encompassing brand name. After thinking about it for a bit, I realized that I wanted to project an image of comfort and solace, so the name "Hearth & Home" came to mind. We put the blends on the site, and we started to do a decent, if small, amount of sales. Then came the online reviews in the forums. 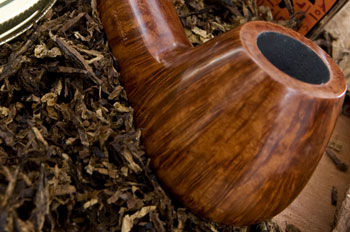 We noticed that people frequenting sites like pipes.org and usegroups like alt.smokers.pipes were commenting on having tried our tobaccos, and the posts were mostly positive, so all of a sudden the demand increased and we figured that we might have something here. Like many other people, we realized that we might benefit greatly from using this almost-free resource, and I began to cruise the various forums, occasionally chiming in to help folks where I could, without being overly commercial about it. As people got to know me a bit, they would begin to email me, and often would place an order. We had proof of the power of the internet, so we started to plan ways to make use of what was available.

There were a number of pipe-related websites popping up, and some wanted original content, so they began doing things like interviews with people in the business. I did a couple, and even did a few that were video interviews (like I have done on PipesMagazine.com), and each time they hit the web, we would see a spike in H&H sales. I may not be the sharpest tool in the shed, but I can see trends fairly well.

The beauty of this type of marketing is that I had to do little or nothing to get the ball rolling. Someone would call or email me with positive comments about one of our products, and I would reply that I would appreciate it if they would spread the word by posting a review on one of the sites. Many of the folks who would take the time to write or call were internet savvy and would go to a review site and post or would start a thread on a forum, which would lead to people asking questions about the tobaccos, our company and our website. All the while, the demand kept growing at a steady pace.

We began to back up our guerilla marketing plan (I didn’t know that this kind of "advertising" even had a name until a couple of years ago) with print ads and paid banners on some websites, and then we saw another jump in sales.

The first big surprise was when our blends were first reviewed by Pipes & Tobaccos magazine, and we saw a marked increase in the two months following the release of the issue. Then came the comments on forums about the reviews, and then interviews based on the chatter on the forums. You can see the snowball effect that was trending. 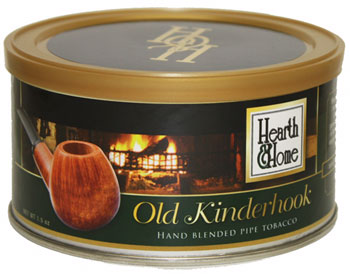 The term "guerilla marketing" seemed to imply aggressive action on the part of the promoter, but in our case, it was actually very passive. All we did was to respond to what other people had started and the result was amazing.

The next uptick occurred a little over a year ago when I had a conversation with our esteemed commander-in-chief at PipesMagazine.com, Kevin Godbee and the remarkable Bob Tate. It was at the Chicagoland show in 2010 that we talked following a three-part interview I had done with them, and I casually mentioned that I had done some writing for trade magazines in the past and the chat turned into a discussion about having me write a column for the site. Although this wasn’t the impetus behind my writing, it turned out to be another boost for our products, since people who had never heard of us began sending me emails or calling me, and we’ve seen a number of new customers as a result.

I find it surprising that this relatively new media has had the impact that I’ve been seeing for the last six years, and much of the exposure has been entirely unintentional, but there might not even be a Hearth & Home product line if it weren’t for the power of the internet.

What does this have to do with your enjoyment of our hobby? Just think about how much more you know about the pipes and tobaccos you use than you would have without the web. Now if we can just keep them from taxing the hell out of the internet, we’ll at least have one place to go to for free information (and advertising, too).