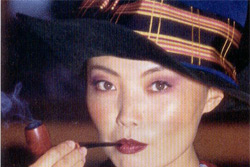 With pipe in hand, supermodel Irina Pantaeva is turning heads in Hollywood. She’s one of the world’s most sought-after supermodels, an exotic beauty who came to New York four years ago from her native Siberia. A brunette Eskimo, she sought to leave her mark on a profession still dominated by Scandinavian blondes. And leave her mark she did — she’s been photographed for the world’s glossiest fashion publications, and was profiled in The New Yorker by no less a scribe than Jay McInerney — and her lyrically-written new book, Siberian Dream (Bard/Avon, $23) poignantly tells the tale of how she made it happen.

It’s safe to say that Irina Pantaeva is smokin’ — and not just because of her more obviously intriguing attributes. Check out the Savinelli in her slender, perfectly manicured hand.

Her love affair with pipes began back in Russia, where Irina would spend childhood summers visiting her grandparents in rural Siberia. There, she watched transfixed whenever her "tadeshka" (Russian for "grandma") would take out her well-worn pipe, a cedarwood beauty decorated with Buryat Eskimo carvings, inlaid with semiprecious stones, and outfitted with a silver bowl-cap on a tiny silver chain. Little Irina always anticipated the moment when delicate rings of smoke would rise high in the freezing-cold air and vanish faster than they appeared….

"I loved to sit with her," Irina recalls, "and observe the way she would clean her pipe, then put fresh tobacco in and press it down a little bit, then try it without a fire. And then she would light it with these old Russian matches, and she would start to create smoke rings."

Little did her tadeshka know that the smoke rings she made for Irina’s delight weren’t ephemeral at all. How could anyone have suspected that early exposure to the rituals surrounding a fine, satisfying smoke would turn out to be a life-defining experience?

Just last month, Irina’s tadeshka gave Irina her treasured pipe as a gift. "I felt a great connection to her, a continuity between our generations," Irina remembers with a tender smile. "It’s a very old pipe — holding it, you feel like you’re holding centuries. I plan to use it, because if you don’t use a pipe, it’s not going to work any more." 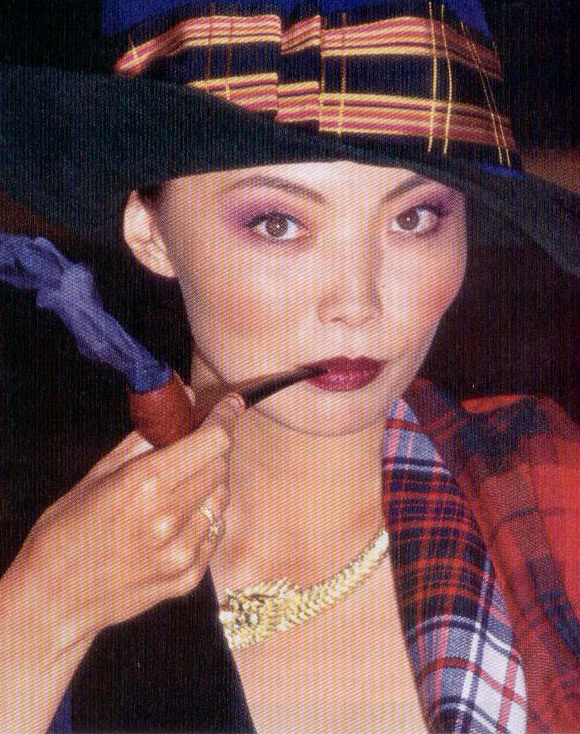 But Irina fulfilled her destiny as a pipe smoker already a year ago, when she received the news that she’d been cast in Woody Allen’s film Celebrity as a fashion model named Barbara. Anyone would be thrilled at such news, but for Irina, an avid student of film and theater and an Allen fan, this was much more than a good career move. "I already knew a lot about his work and his philosophy," Irina says, although she can’t pinpoint her favorite Allen film because, she adds., "I love almost everything he’s done. I always find some great message in his work, and what I like is that he has great subtext that he delivers in a very subtle way — there’s always something in-between the lines."

Subtext is, of course, the exquisite specialty of the Russian Shakespeare, Anton Chekhov another of Irina’s favorite authors. For someone practically weaned on the works of Chekhov (Irina grew up surrounded by theater people, as both her parents worked for the theater in her hometown of Baikal) a chance to delve into dramatic subtext, to bring a character to life, was a dream come true.

Cut to her first meeting with Woody Allen. Clearly, Irina can make a lasting impression just by entering a room. Her resume already details film experience that includes headlining a Russian action-adventure movie in 1988, guest-starring on TV’s "Third Rock From the Sun," and landing the lead in the 1997 feature Mortal Kombat: Annihilation. But she wanted to make sure Woody Allen wouldn’t forget their encounter. So, when the enigmatic director stepped forward to introduce himself — "Hi," he offered, "I’m Woody Allen" — Irina responded by introducing herself in character.

"Hi, I’m Barbara," she announced. The line was a hit. Woody Allen laughed! Irina had succeeded in getting his attention. Her next hurdle was keeping it.

"I didn’t get the whole script, but I got my sides [the part of the script with her character’s role], and one of my scenes was with a couple of other actors, Charlize Theron and Kenneth Branagh," Irina explains. "It was a scene in a restaurant where we had to smoke and have conversation — one of those slice-of-life scenes [Allen] likes to have in his stories. But I didn’t have any lines, and there was no more information about my character except that her name was Barbara. So," she adds with a decidedly mischievous smile, "I was thinking, I should DO something in this scene." That’s when she decided to smoke a pipe.

"I started to think, Who is Barbara? Who is she?" Irina says. "I was not given a lot of circumstances, and no character history or storyline. I had to create them. I love doing that anyway, so I said OK, what’s going on in this scene? We’ll all be sitting at a table, and the focus will be on the dialogue between Charlize and Kenneth. And I thought, What am I doing there? Did they invite me? What kind of relationship do I have with them? If we’re sitting together at a restaurant, probably we’re quite close friends. 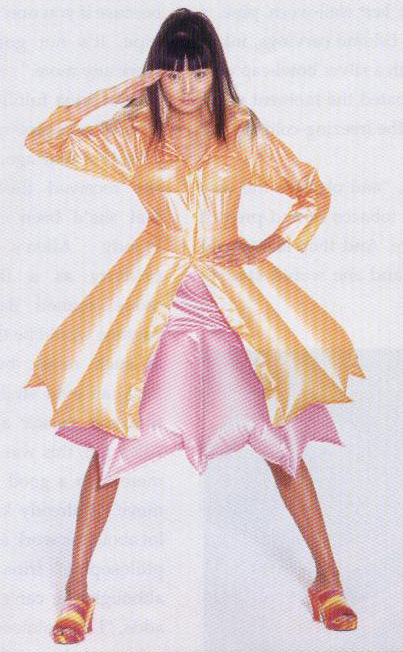 "And then I started to picture some scenes from Allen’s movies, and I figured it would be black and white, so I started to remember the scene from Manhattan, at Elaine’s, and how he shoots big scenes at restaurants, how his camera moves. I pictured in my mind how he likes to position his camera, how he pays attention to every single word from every actor in every scene — even if the actor isn’t the star, you can hear every word. So I thought, OK, there will be a lot of people in the scene, plus Charlize and Kenneth, and nobody knows my name. But if I smoke a pipe, when people watch the movie they’ll say, ‘Hey, do you remember that girl smoking a pipe?’ Besides, in black and white, it would look beautiful."

Over-the-top this may seem, but for an actor who cares deeply about her craft, it’s all in a day’s work. Remember, one of Irina’s countrymen, the great Russian theater pioneer Stanislavsky, made famous the notion of building a character — even one with no lines — from the inside out. It’s an m.o. that American theater pioneers such as Lee Strasberg would later reconfigure as The Method. In building her role as Barbara, Irina merely deployed Stanislavsky’s teachings with Method precision.

OK, so she knew next to nothing about her character. But this much Irina did know: Barbara smoked a pipe. Irina’s first task in building the role? Locate Barbara’s pipe.

At De La Concha, tobacconists in midtown Manhattan since 1966, Irina spent "almost two hours" selecting one, ultimately set tling on Savinelli’s aptly-named "Elegance" model. "They were very attentive and very patient with me," she says, "explaining to me what to do and how to clean it, and all these things. I really got into it. Here’s a store for real pipe smokers," she marvels, "and they took care of me like I was a member of their private club." 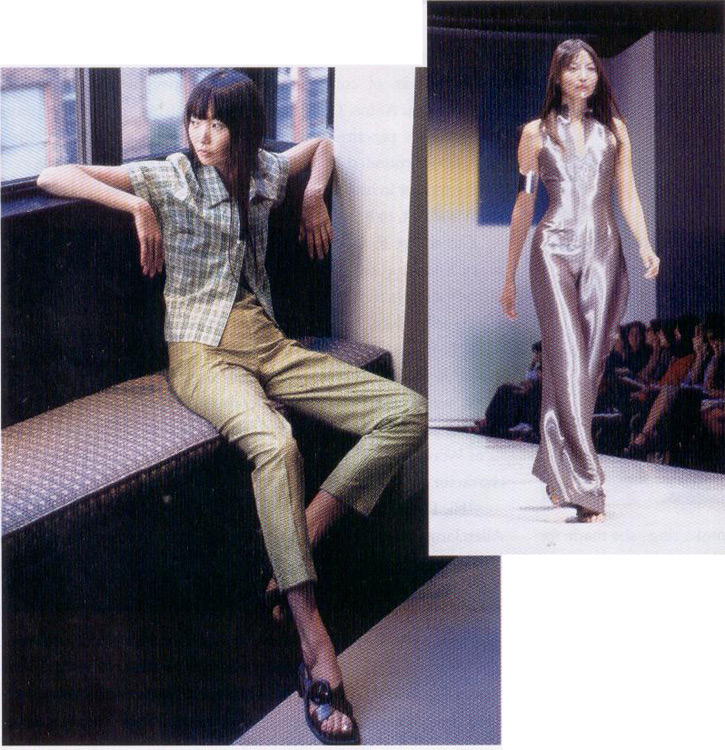 As for Barbara’s tobacco, Irina opted for Tropical Mist, a top-selling house blend of Virginia and dark black Cavendish that De La Concha’s Michael Bowman characterizes as "probably our second most popular aromatic, with a light kiwi-vanilla kind of aroma to it."

"I figured there’d be a lot of people around me on the set, and a lot of takes," Irina says, "and that’s a lot of smoke, so I wanted to get something that everybody could enjoy." After some quality rehearsal time — "I had to practice for a couple of weeks," she says, "otherwise I might choke right there on the set!" — Irina was ready for action.

"I brought the pipe with me the first day of shooting," she says. "I’m sitting in my trailer thinking, Should I ask? Should I tell? Should I just do it? So I changed into my outfit, a red top and black skirt with lotus flowers [provided by her friend Vivienne Tarn, whose designs are also favored by Julia Roberts and Madonna]. And they called me to the set."

As she waited for hair and makeup, Irina brought along Barbara’s pipe, concealed in a small evening handbag. Then, she recalls, "[Allen] started to block the scene, seating us at a long table. I was sitting right in front, at the end of the table, and he came over and said, ‘You know, you’re just having dinner, having a nice time … drink, have coffee, do whatever you want.’ I said, ‘Great!’ So I took my pipe out and I started to smoke."

Irina managed to turn heads, even among the presumably been-there, done-that Woody Allen crowd. "Nobody seemed to be upset," she recalls, "but they were really surprised. They turned and said, ‘Oh, you smoke a pipe.’ I said, ‘Yes, I do. So I started to smoke and we did one take, we did another take, and many many, many other takes. And later I started to feel like smoke was coming out of my ears!"

“Then Woody came over to me, and said, ‘Can you hold your pipe closer to your face? I will start with your close-up.’ And he did, following the long table and ending on the main dialogue on the other end of the table. We did that a couple of times, then he came to me, said, ‘Can you give me some lines please?’ and turned and walked away."

Since her childhood, when she would entertain her parents with impromptu stagings of skits she wrote and directed herself, with (who else?) herself cast in the glamorous leading role, Irina has demonstrated a talent for improvisation that’s served her well in all aspects of her life. (Her book chronicles the scary moments during which she fast-talked her way out of an attempted rape on a dangerous street in Russia.) Now, she had "literally a couple of seconds" to think of what to say.

"I was shocked — I had to think very fast, because already they said, ‘We’re rolling.’ So I started improvising lines, and with each take I had to come up with something new, because he likes to have something very real and fresh, and I knew that if I repeated the same lines he wouldn’t like it. It was a great experience."

By the end of the shoot, Irina earned praise from Caesar; evidently, her performance had impressed the great Woody Allen. "He came over and said, ‘You’re a crazy one!’ she reports, her smile in high-beam mode. "Of course, he said it in a very nice way."

Was it the pipe? Only Woody knows for sure. 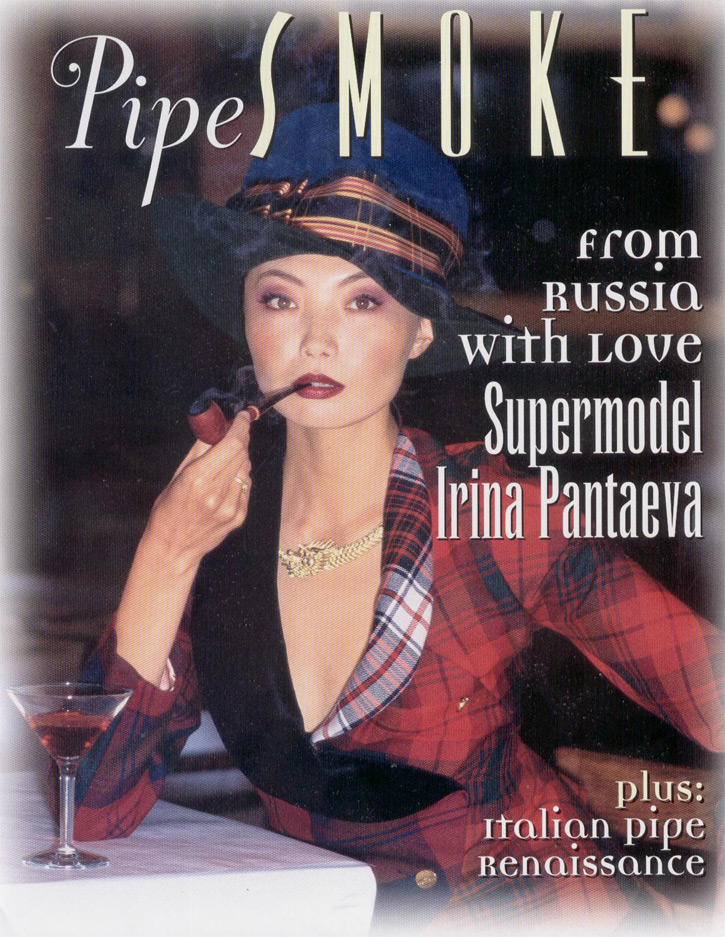