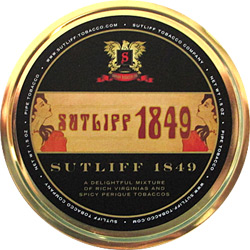 Summer’s here, finally, and the time is right for dancing in the streets. And by "dancing in the streets" I mean, of course, settling into a comfortable lawn chair with some good friends, adult beverages, and a tin and pipe. My often-repeated insistence to pay no attention to popular conventions aside, VaPer blends—that’s Virginia-Perique for the uninitiated—simply and consistently make for damn fine warm-weather smoking. My personal cellar contains a depth and breadth of them that is perhaps less than a surfeit, but much, much more than a dearth. That is to say, around 50 different varieties that I return to with regularity.

From the vaunted staple of Escudo to standards (but standouts) like Hearth & Home’s Anniversary Kake and AJ’s VaPer (and Frenchy’s Sunzabitches and LJ Heart Virginia and Louisiana Red), too many by C&D to list (but my favorites are Bayou Morning Flake and Red Carpet and Sunday Picnic), 4noggins’ Prairie Wind, D&R’s SJ Rimboché, Sterling’s VaPer, GL Pease’s … well, all of them, to …. You get the idea.

The combination of the right Virginia leaf with some coal-black Perique is truly one of nature’s perfect unions. Like peanut butter and jelly, gin and tonic, or Bogie and Bacall, a good VaPer simply satisfies, and occasionally mystifies. The range of flavor that Virginia leaf can exhibit, from sharply sweet to velvety soft to crisply spicy, finds its perfect foil in the chameleonic Perique condiment. Most often Perique is cited as peppery and earthy, but in many blends there are added dimensions that can be so subtle as to only be noticeable in their absence. Pease in particular is a master at adding just the right amount to a blend to enhance and clarify other flavors while abstaining from a direct solo voice from the Perique—Lombard is a good example. Depending on its proportion in the mix and the accompanying components, Perique can range from dark, dank earthiness to bright liquorice sweetness, or a sharp fiery pepperiness can be tempered down to a mere vegetal edge defining a rustic woodsy profile. The permutations are potentially limitless, and fortunately for pipe smokers who enjoy the genre, the blenders keep trying new ones.

Which brings us to this month’s Sutliff offering: Sutliff 1849. Unveiled at the Chicago show, and procured for me by a good friend (thanks, Peter), this is Sutliff’s first presentation in the "shoe polish" style tin. The tin art is interesting: a black label with the Sutliff crest and other pertinent information encapsulates a central graphic with "SUTLIFF 1849" artistically lettered and flanked by two female figures. The font and figures are perhaps more Belle Époque than Victorian or Barbizon, but regardless, it makes for a nice image and sets the tone of an old-style, all-natural blend. 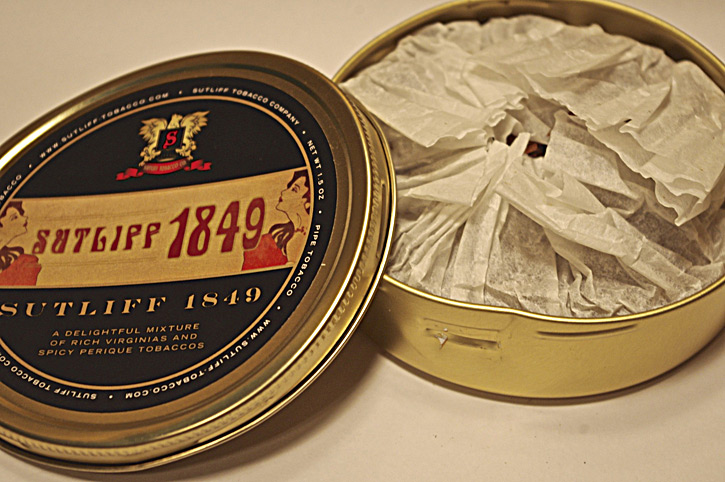 Opening the tin itself entailed rather a bit of difficulty. Perhaps Sutliff is still tweaking the settings on their tinning machine, but this thing was tighter than the proverbial duck’s nether regions. A quarter wouldn’t do it. Nor the pipe tool. I eventually wrangled it open with the help of two butter knives and a rubber kitchen mat, much to the detriment of the tin itself. Hopefully this is an issue that will improve for future production. Judging by its flavor, though, I don’t think this blend will have a chance to dry out. The aroma of the fresh tin was quite sharp, with a bouquet wavering between citrusy and peppery in all the right ways. The initial smoke was a little on the harsh side, so a week of rest in the now less-than-airtight tin was prescribed. 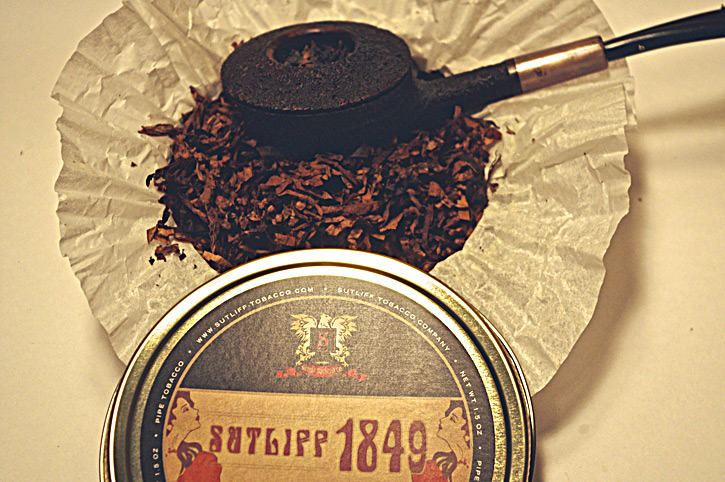 Despite some wrap rage, this is still a jewel of a tin.

Returning to the mellowed and acclimated blend the following weekend, I was quite pleased that the wait had paid off exactly as expected. The tin aroma was now much more balanced, and in addition to the citrus and pepper, a nice round chocolaty note had developed along with a bit of a leathery afternote. The smoke itself improved a hundredfold. Where the first bowl had been a bit acrid, sharp on the tongue and far too abrasive on the retrohale, this second bowl said it was a blend ready for all-day smoking. The balance was there now; on the light there was just a burst of the peppery note very characteristic of red Virginia and Perique, and it quickly settled into a smooth sweet and savory ride through to the heel. Complexity is one of those difficult-to-qualify characteristics in blends, as Greg Pease discussed in last month’s mailbag. 1849 Seems to have it in just the right amount. The flavors display excellent clarity and enough separation to be distinct, while working well together and creating an interesting interplay on the palate.

The tin description reads, "In 1849 Henry Sutliff Opened his first shop in San Francisco on Kearny St. This fine mixture of Sweet Virginia, Spicy Perique is commemorating the founding of America’s oldest pipe tobacco Co. This Unique blend is a mixture of Bright Virginia, Sweet Red Virginia, and two cuts of Perique. Aesthetically this is the perfect VaPer Blend." [sic] While their copy editor may have been snoozing when the label was printed, the heart of the message is certainly adequate to describe the blend. Visually it’s a lovely blend, with broad ribbons of bright and red Virginia mingled through with a well-balanced proportion of black Perique in coarse and granulated cuts. 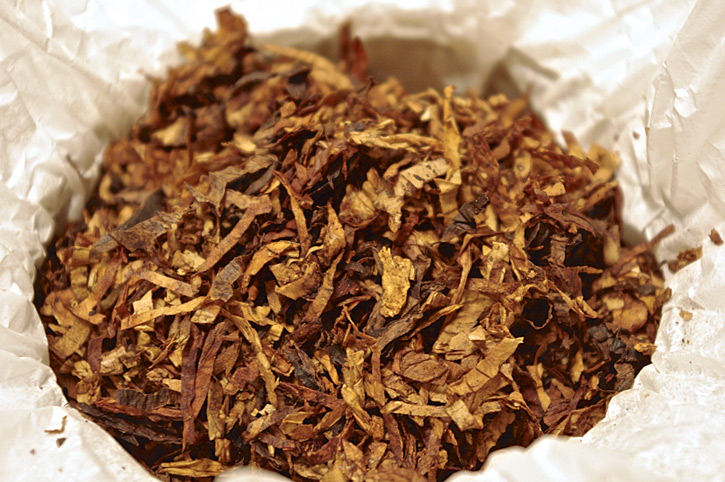 "Summer afternoon—summer afternoon;
to me those have always been the two most beautiful words in the English language." ― Henry James

Enjoying a pipe with drinks and friends is where this column started, and where it shall end. Paired with the aforementioned gin and tonic, this is a wonderful hazy days of summer VaPer. In the nexus of the citrusy sweetness and earthy pungency, there are notes of leather and parchment, and a phenolic tinge that complements quinine quite well. Overall the smoke is slightly more savory than sweet, with a dry spiciness that complements sweet drinks perfectly. It’s easy on the tongue, and has an almost burley-like quality of palate feel, even after several bowls. My companions remark that it has a lightly woodsy and chocolaty aroma that they find appealing and "very summery". The nicotine is on the mild side, and a bowl paces around 35 minutes in a group 3 with few relights, which allows for plenty of drinks and conversation to flow along with it. And for me, that’s what the summertime is all about.