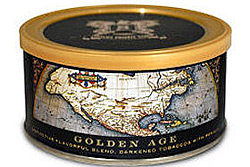 Regular readers will note I’ve been systematically making my way through the product lines of Sutliff and Mac Baren over the last year since the latter bought the former. Getting to know these two blenders’ wares in such an intimate fashion has garnered valuable insight into what makes a tobacconist’s trademark flavors and techniques, and how they differ from their competition. Through many blends I’ll note the recurrence of certain tobaccos, appearing like all-stars in a lineup: Mac Baren’s “special” Cavendish, for example, with its signature maple sugar casing, or a certain combination of a bright Virginia and burley evident in many of Sutliff’s offerings. Process too is part of the picture, and by now there is a certain cut and color profile I tend to associate with manufacturers. Sutliff’s Golden Age is, I think, an ideal showcase of Sutliff’s processes and quality leaf in their English style line. It’s an excellent entry in the VaPer genre, and qualified to stand with the best of them—hopefully putting to rest any pipesnobbery over their ability to blend excellent aromatics with mass-market appeal as well.

To my mind, Sutliff does itself a slight disservice by noting in their literature that Golden Age is “Perfect for fans of [Dunhill’s] Elizabethan [Mixture]”. While it may have been blended as an alternative for that marque’s temporary discontinuance, it’s an exceptional genre blend that stands on its own, and doesn’t require the “designer impostor” treatment to get the point across. That being said, it apes the theme of Dunhill’s product in name and tin art, which is appealing in its depiction of a period map of North America (in place of a desk at a window with ship model, pipe, and map). A direct copy it is not, though strong in spirit.

Tin: On opening the tin the defining notes are very cocoa-centric, with only hints of the musty plum of Perique and tartness from the Turkish, along with a wisp of slightly bitter pecan shell. I ascribe this to Perique’s chameleonic nature when married to its surrounding companions, as it certainly contains a good percentage of the fermented tobacco. Ultimately I’d distinguish this as a VaPer with a backbone of quality white burley, a helping of bright flue-cured for structure, and seasoned with approximately equal portions of Turkish, Cavendish and Perique. The leaf itself is mainly a coarse-cut ribbon, pleasantly mottled from blond and tan through mahogany and black. It’s only a bit moist, very sparingly humidified and very loosely packed (as opposed to that Dunhill blend, for example); unfortunately, perhaps suffering from being so loose in the tin, it also includes a lot of broken and nearly powdered shake. 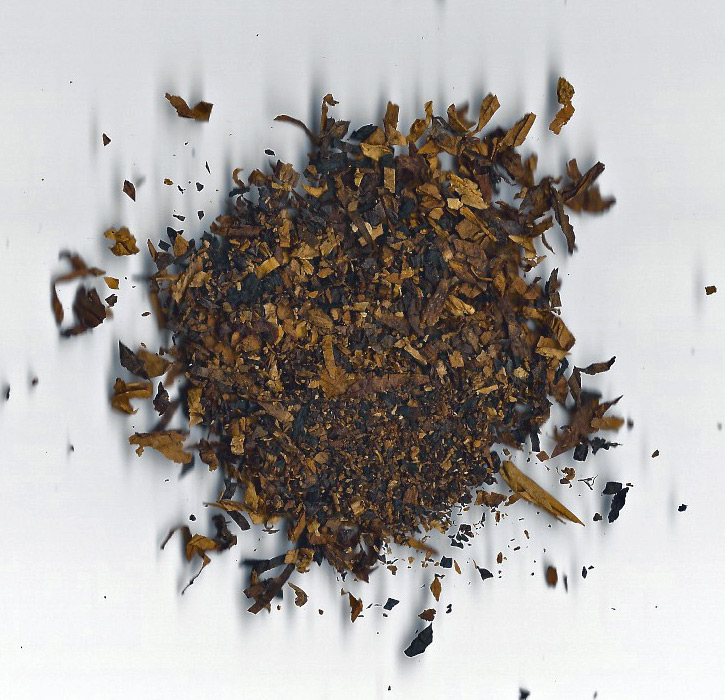 Char: The charring light brings out the real profile of the blend with its sharp notes and slight retronasal burn, thanks to the Virginia and Perique symbiosis. With a light hand in packing, the charring light can easily be the only light you’ll need to see you to the bottom of the bowl.

Top: One of Golden Age’s many strong points is that it achieves its full flavor profile early in the bowl and keeps it throughout. The top third is characterized by the sweet sharpness of the Virginia, balanced against its supporting cast. Notes of leather, parchment, and woody / nutty undertones prevail, with a pleasant phenolic edge—I’m personally reminded of the old Elmer’s school glue; the yellow stuff that came in a bottle with an angled rubber nipple. Researching the chemistry behind this particular flavor component confirms my memory, as within this polyphenolic group are such examples as aliphatic resins (common in wood glue), shoe polishes, and Dettol. Don’t be put off by such chemically descriptors, however, as the overall flavor is of very good tobacco with light hints of this range of aromas.

Mid: The middle bowl can be reached quite quickly even with light puffing, so easy is the burn. With good structure, it develops a heartily satisfying creaminess and body, and enjoyable mouthfeel. The interplay between the components is surprisingly nuanced, with a marvelous sweet and savory balance dominating the mid-bowl. The hay-like notes of the Virginia give way to the deeper nectarous lines of the Cavendish and Perique, counterpointed by the Oriental’s spicy tang. If you’ve ever burnt the edges of your homemade ginger snap cookies, you’ll recognize the taste here. Pairing with a bitters and tonic (try Fever Tree tonic and Angostura or Becherovka bitters!), sans alcohol, will amplify the presence of the botanicals range of flavors. 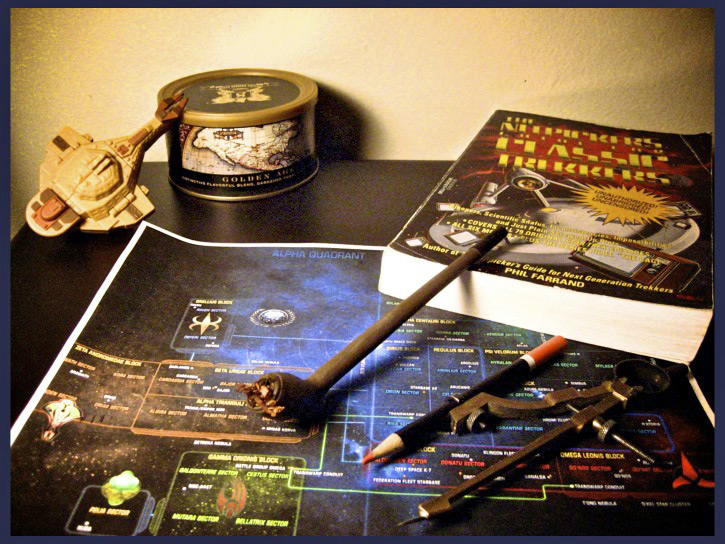 My take on the artwork.

Finish: As with the middle bowl, the heel is often reached too quickly—perfect justification for loading another bowl. And it’s easy enough to do with Golden Age, as it performs superbly in that department, never once showing so much as a gurgle in a variety of straight pipes. Naturally, it performs exquisitely in a tavern clay pipe, the only drawback being that the smoke ends too quickly. If you’ve ever had problems smoking down to the fabled “dry, white ash” at the bottom of your bowl, this blend would be an exemplary teacher. The nicotine content is on the mild side, and coupled with its modest price would suggest this as a good “all-day” tobacco.

Room Note: Interestingly, the more floral, woody and herbaceous side of the tobacco dominates the room note. Rather milder than one would expect considering the body of the smoke, it’s not unpleasant to bystanders, and attests a very “classic” pipe tobacco aroma.

Putting aside its aspiration to Dunhill’s packaging, the tobacco itself shows a lovely mix of color and quality. The tin aroma is inviting, with cocoa and nutty notes prevailing. It packs easily, is soft to the touch, and arrives at a good moisture level for enjoying straight from the tin. I’d like to see it offered in larger tins than 1.5 ounce, or even bulk, but at this price point that’s negligible. 10 for presentation, losing points for the “designer impostor” branding and rolled tin packaging.

As noted, the draw and burn are fairly foolproof. Tongue bite was nonexistent, though it does encourage a tendency to smoke a bit quickly, and thus burn it a bit hot. It has excellent body, though it doesn’t produce an exorbitant amount of secondary smoke. After several bowls in succession, there is a slight amount of mouth fatigue, so pacing oneself is recommended; 32 points in this category.

The balance of this blend is a standout here. A variation on the VaPer theme, it has a good quantity of Perique that is in excellent correspondence with the other condiments of Cavendish and Turkish, and supported with good measures of Virginia and burley; 43 points are earned for the flavor + aroma score for this blend that strives above its category.

At this price point, it’s a no-brainer to stock this boutique-quality VaPer, though the rolled tins are not suitable for actual aging—transfer the leaf to mason jars to ensure longevity.