There’s a strange phenomenon happening around the world:  people are starting to come out of their post-pandemic stupors and panics and…gathering again.  This might serve as a cause for celebrations, but for those of us slightly less inclined to be social, the palpable excitement can be a little overwhelming.  What is rather nice to see is people’s optimism increasing.  There’s also some people a little too anticipatory to “get out there” amid restrictions.  Like a greyhound behind the gate barking and snarling ready to race, at times some people have been less than gracious while driving, shopping and standing in lines.

I’m aloof to such public rumblings.  My own personal lament currently is allergies and the return of the blasting rays of sun that signal summer’s approach.  My early mornings on the porch, jacketed and gloved, a mug of tea shooting up wisps of steam and a pipe beckoning are over.  I prefer those crisp mornings, and I’ll just have to wait a few months for them to arrive again.

What might be the perfect candidate once the chill returns?  By then, Latakia and whiskey will start being chosen in favor of Virginia blends and gin-soda concoctions.  Seattle Pipe Club will be releasing a new flake (which should be out by the publishing of this review), “Plum Pudding Special Reserve Flake.”  I can hear voices in the back row already whispering among themselves:

Didn’t we just get a new Plum Pudding release a year ago?

You’re not losing your mind, yes, in fact we did:  Plum Pudding Bourbon Barrel-Aged, which I also wrote a few words about.  If you recall, I found it to be an acceptable if not a mind-blowing experience, one that I enjoyed and appreciated.

Seattle Pipe Club’s Plum Pudding Special Reserve Flake, like it’s boozy sibling and the non-flake tobacco under the same name, is the long-titled creation of Joe Lankford.  I haven’t reviewed Special Reserve (the non-flake variant, just to clarify) but I have smoked it.  At the time it didn’t set off all the winning bells and applause from my taste buds, but I’d be a poor tobacco writer if I didn’t try this one.  There’s a lot of excitement and hype about it.  So, will it live up to the lineage and namesake and break all barriers?  Or will it leave you wondering “…why the heck did we get another Plum Pudding?”

Popping open the tin, Special Reserve Flake lets off an instant Latakia smell, which isn’t a bad start– but very different from the Bourbon Barrel Aged.  The flakes are on the thicker side and sturdy, with distinct layers of lighter and darker tobaccos evenly interspersed.  Handling them, you can feel the Latakia “slough” which is somewhat dusty and gritty from the aging.  Breaking them apart takes a little doing, especially the Latakia, and I found the dense layers in need of some drying out.  Packing and loading proved effortless in smaller bowls, but I found larger bowls could sometimes be a bit more of a challenge to get the right draft that isn’t too open.

The first puffs are successful after quite a few false lights.  I had to chase with a tamper quite a few times until I got the hang of it; a cannon fuse this tobacco is not.  Once it gets going, however, the struggle is over.  The first thing that hits my tongue, and quite pronounced, is the Perique.  There’s also a bit of bite that washes over my palate that made it tough to tell where the Perique ended and the bite kicked up.  It’s interesting to me at this stage, because my other experiences with Plum Pudding I found the Perique wasn’t unusually pronounced.  It’s no secret I have a li’l crybaby tongue with Perique, and it’s not too much with Special Reserve Flake, but I was caught off-guard.  Latakia takes up the rear, quite literally, at the back of the tongue, where the signature wine-like notes come in.  This is favorable, as I really enjoy the smokey and “grapey” parts of Latakia on the upper palate.

Mid-bowl is where flavors mellow out in Special Reserve Flake.  The orientals (that aren’t Latakia) and the Virginias finally push to the front and make themselves known.  My tongue picks up on a savory woodiness that’s  slight and pleasant, a little green hay-like quality from the Virginias, and even the tarter side of the Perique.  This tobacco overall has a dryer mouth-feel than I anticipated, which is surprising considering the addition of Cavendish.  In the Bourbon Barrel Aged, the Cavendish lends nothing to the sweetness but creates a very smooth and thick sensation to the smoke.  In Special Reserve Flake, I found myself straining to find out what the Cavendish was doing, if anything at all.  The Latakia is really what lends to the bulk of the thicker smoke components.  Fortunately, the relighting was universally not necessary at this point, so one can get their momentum going in puffing and not worry too much about maintenance at this point.

The end part of the bowl will, like a Phoenix, find the Perique rising from the ashes in quite literal form.  It comes back not quite as intense, but at levels I find to be pleasant.  The Perique in this flake really does a great job showing off that Perique isn’t just about spice:  there’s deep “umami” flavors in there as well as a slightly sourdough finish that can be experienced provided the blender has a good hand, and in this instance, I like what was done.  At times I have to admit there was a fight between the Perique and Latakia.  Latakia wants very much to just be its smokey self, but along with the other oriental tobaccos in here, they can get a little stepped on by Monsieur Perique.  Maybe it was just me.  I I also occasionally found a little bit of a charry and ashy flavor that popped up.  Usually this happens with over-puffing, but with Perique, I’m steady as she goes else  I’ll feel the wrath of St. James Parish.

I paired this tobacco with a new whiskey I discovered called “Woodinville.”  Washington State distilled, it’s a no-nonsense bourbon that leans on the dry side.  The Plum Pudding Special Reserve Flake enjoyed its company.  Special Reserve Flake is a very savory, smokey and spicy experience.  It’s a little different than its non-flake counterpart—richer and a bit smokier. A little tough to break apart and light, but easy to maintain once it gains momentum, it’s a tobacco that differs greatly from the Bourbon Barrel Aged that came a year before it.  Mild to moderate nicotine, plenty of up-front flavor and slow rate of burning means this could be a winner for some.  Other pipesters interested in a dry, lively and bullshit-free Balkan experience (and those that I assume are already fans of the original Special Reserve) will likely have no trouble enjoying this flake.  If you’re a Perique lover, you’re going to want to give this a try.  I didn’t have anyone to torture for an accurate report of room note, but as with anything Latakia, I’d proceed with caution if there’s vocal nose-wrinklers nearby.  As for me?  This tobacco was okay.  I’m glad it isn’t just another copy of what’s already available, and I’d recommend it for some aging considering the boastful nature of some components as well as the decent moisture in the tin.  Perhaps they could sit and get to know one another a little better over time.

Availability may be hit-and-miss as this rolls out of the gate, so I’d waste no time getting a tin to try for yourself.  After a few bowls, I’d be curious to hear your thoughts below.  All-aboard the hype train, or did this one go off the rails?

There’s no wrong answer in pipe smoking as long as you’re enjoying yourself. 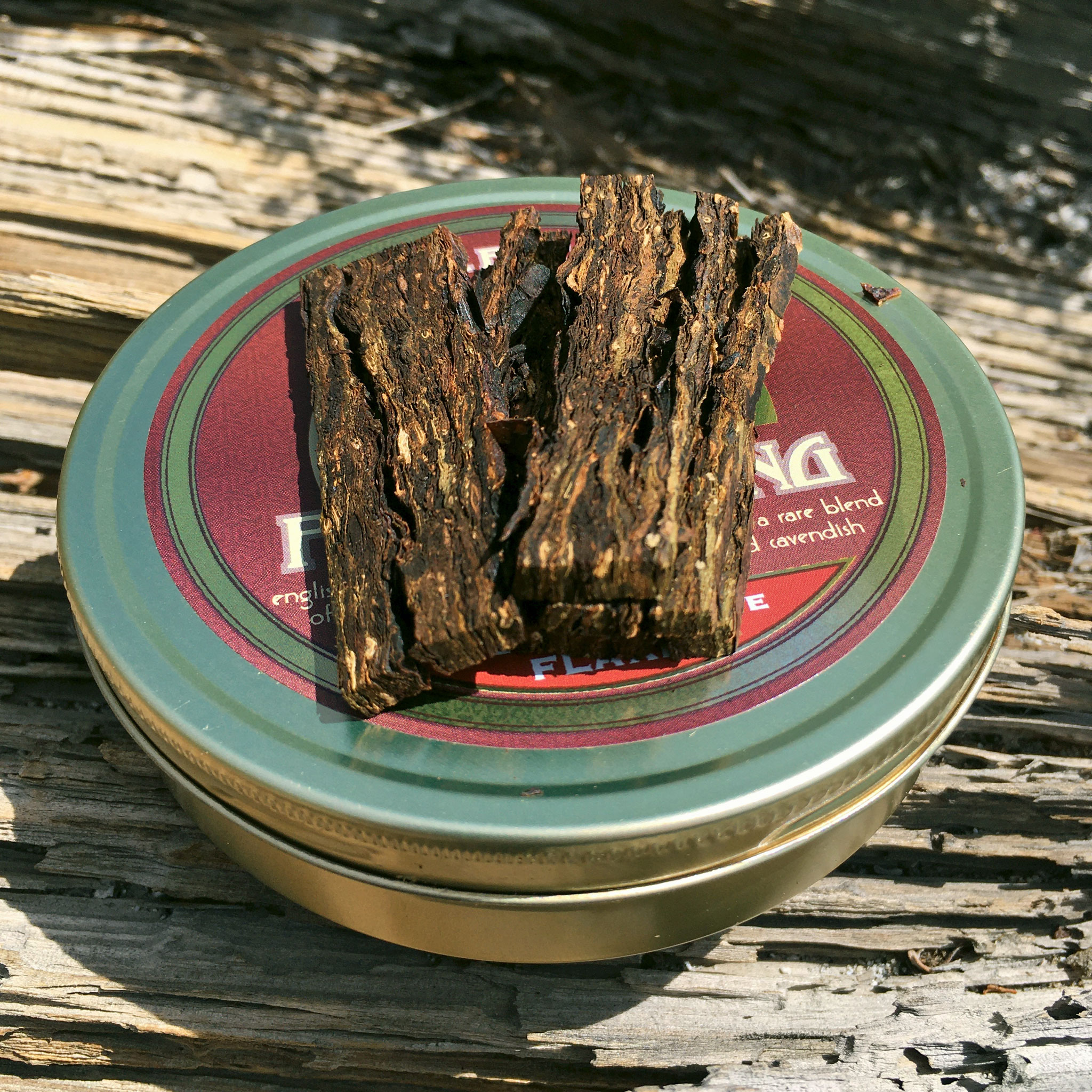 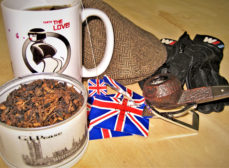