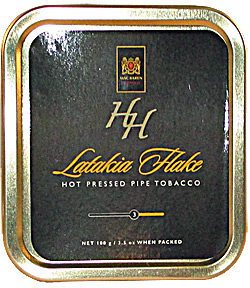 The distance between insanity and genius is measured only by success. In the high-stakes, cloak and dagger world of tobacco blending, it’s the one who holds the most secrets who has the hand to beat when the cards are laid out on the table. After the smoke clears and the dust settles, it’s the dashing fellow in the three-piece suit that walks away with the self-satisfied grin, calmly extracting a classic black billiard—Dunhill, of course—from his breast pocket, filled to the brim with a luscious ebony flake. The aroma it exudes is exotic and flirtatious, perfectly balanced on the precipice of sweet, overlooking the valley of mystery below. Content that his adversaries are thoroughly vanquished, he climbs into his bespoke Aston Martin Centenary Edition and speeds away into the sunset, intent on blending another day …

Well, sort of. The world of pipe tobacco blending could perhaps be more accurately described as medium- to moderately-high stakes, and it’s not really all that "cloak and dagger"—it’s more of a "comfortable sweater and Czech tool" vibe that prevails, actually. Bridge and penny-ante poker are far more common than baccarat, and a cold brew is preferred over vodka martinis by a wide margin. Tobacco recipes are certainly top secret and closely guarded, naturally; if they weren’t, then any old Harris, Peck or Kevin would be blending up batches of 759. To my knowledge, though, no one has ever been killed for the formula of his VaPer mixture. Other secrets are rather out-in-the-open, such as the key to Mac Baren’s latest triumph: steam pressing in the (olde) English style, which shines brilliantly in HH Latakia Flake, to be debuted at the Chicagoland International Pipe and Tobacciana Show 2014.

Steam presses aren’t exactly a dime a dozen, and Mac Baren has really capitalized on their competitive edge with the technology and blending expertise to produce world-class flake tobaccos with releases like the HH Old Dark Fired, reviewed in March. Producing flake tobacco this way, in the "English style", coupled with Danish technique and sensibilities, is a Mac Baren signature to be sure. Dozens of their more than forty offerings are flakes or contain portions of flakes in the mixtures, and they tend to have a very particular quality about them in the color and texture that is recognizably Mac Baren. They’re among the few companies producing steam-pressed flakes as well, which deepen and marry the flavors a considerable amount in a relatively short time. It’s a bit of shorthand for aging, to some degree—it hastens the melding of flavors and intensifies the earthy bass notes, as well as lending fullness and a mellowed quality to the mixture. Therein lies the arcane mystery of the blender’s art, coaxing a synergy of flavor from the confluence of time and technique. 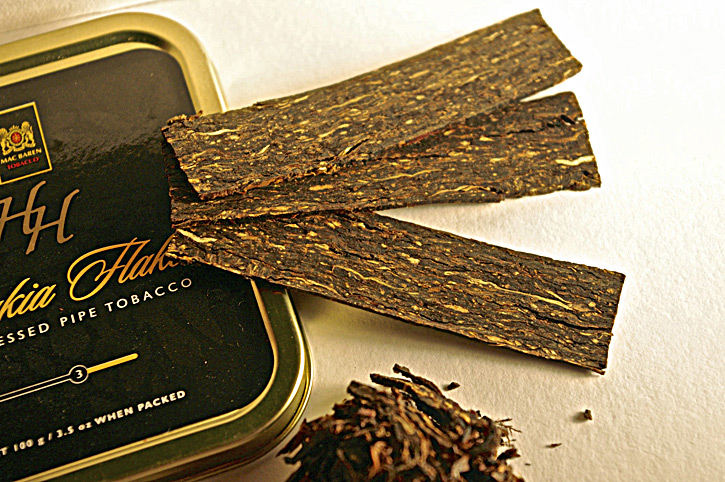 From Mac Baren With Love

The effect that all this effort produces in HH Latakia Flake is nothing short of spectacular. Inhaling deeply from a fresh tin reveals no sharp edges; rather, a creamy bouquet that evokes rosewater and campfire, with the leather and clay notes characteristic of Cypriot Latakia. It has a definite floral quality to the aroma, but not in a perfumy or Lakeland style sense. Imagine being at the farmer’s market and nibbling on some freshly fried flores de calabaza—that’ll give you a better sense of the slightly herbaceous fragrance. Once the tin has a chance to breathe, there is an even more pronounced aroma of rose, sweet and supple. The charring light draws out the familiar dance of Virginia and Latakia, briefly sharp and peppery, settling quickly into a remarkably soft and rounded top third of the bowl. The mid-bowl is where Latakia Flake really shines, letting the deep and complex flavors really open up. The interplay runs from a bright forward vegetal sweetness, offering highlights of honeysuckle and rose, turmeric, and a lightly tannic oaky edge, all the way down through to the bass notes of the smoky, salty burnt edges of a well-marbled steak. In this regard the apportioning of the leaf is masterful, as it allows the Virginia-burley framework to be molded expertly with the Oriental and Latakia components to express the complete spectrum of flavors. Above all it smokes smoothly, with not even a hint of bite to cloud the experience—the steam pressing really shines through here, all the way down to the heel with a very uncluttered, pure tobacco taste. 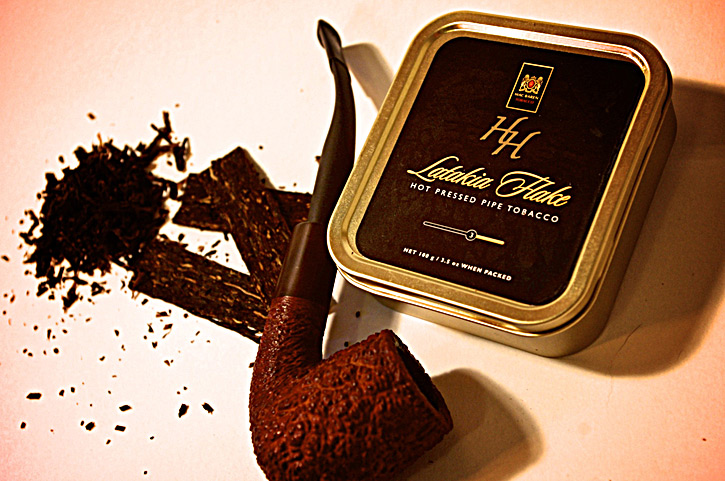 The Flake With The Golden Tin

The tin art, too, reflects the luxury feeling of this flake, with its sable field, filigreed with gold lettering and the Mac Baren crest, a black-on-black image of the Mac Baren lion’s head subtly screened behind it all. The precisely-cut flakes are stacked three-deep inside the gold foil wrapper, and rub out to a fine angel-hair consistency, which is my preferred preparation for this particular blend. It plays well in both large and small chamber sizes, and I found a particular affinity with a rather dainty "new old stock" straight prince shape recently acquired. 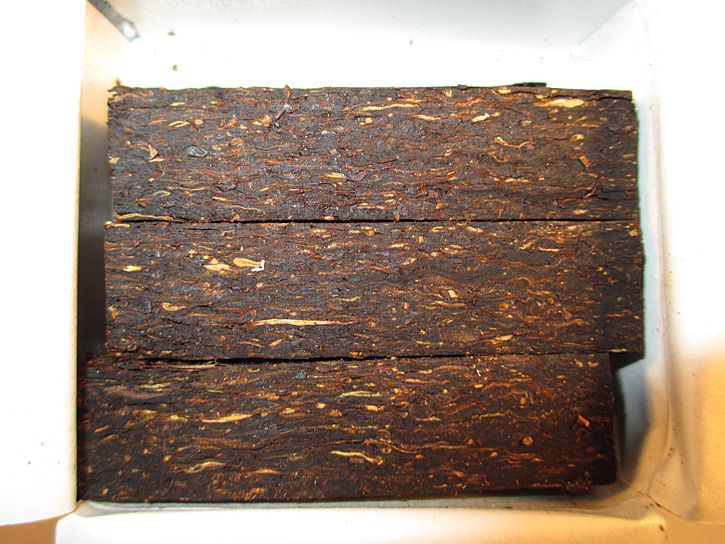 What else but a blind singleness of purpose could have given focus to their genius, would have kept them in the groove of purpose. Mania … is as priceless as genius. Mac Baren’s genius will be on full display this year at the Chicago show, where they will unveil this delectable treat to the public; and in fact it is only being offered in the US, at least initially. The niche of English style Latakia flakes is decidedly small, steam-pressed flakes smaller still, and I think it’s a safe bet to make that HH Latakia Flake will be received with the same enthusiasm from the eager pipe community as their 2012 effort, the instant classic HH Old Dark Fired. With my double-0 designation as PipesMagazine.com’s resident tobacco reviewer, I was afforded a generous sneak preview of this delicacy—and didn’t even have to kill anyone for it. In my job, when I come up against a tobacco like this one, I have a motto: "Live and Let Cellar." 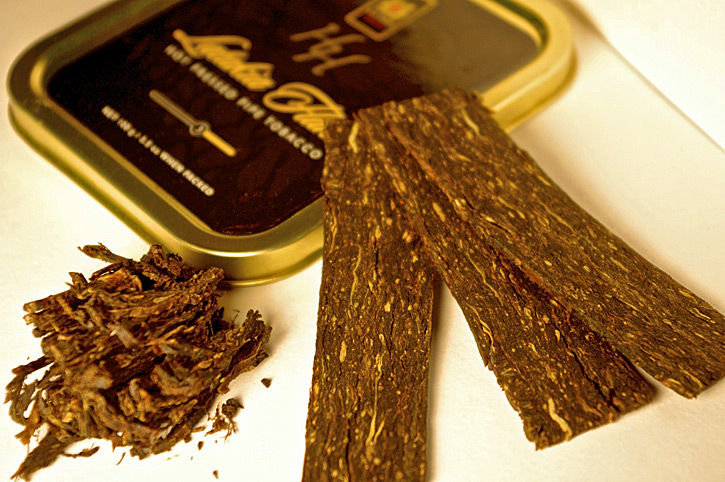 For Your Pipe Only 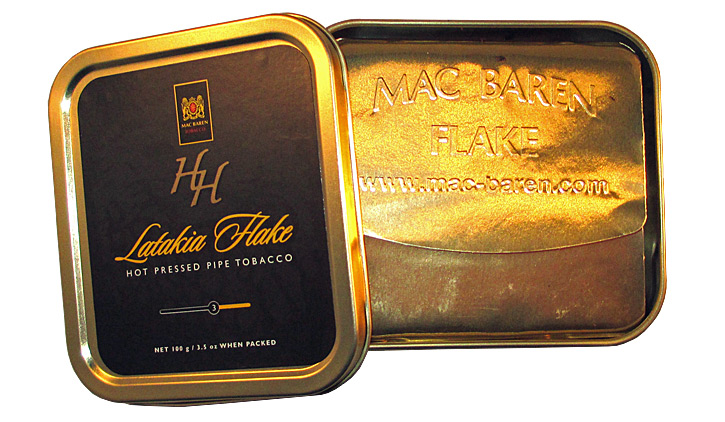