Hunting for Gold with Capstan 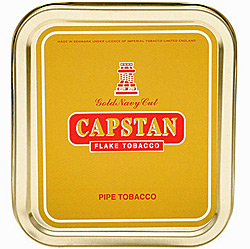 "Capstan." To say the name amongst pipe smokers invokes one of those hallowed blends that form the cornerstone of our collective history. Originally produced by the W.D. & H.O. Wills company well over a century ago, the mantle was picked up by Orlik / STG until recently, when MacBaren assumed production of the marque. Importantly, MacBaren re-introduced it to smokers here in the States after an eighteen year absence, offering both the stronger blue-label and this, the milder-bodied gold label.

PipesMagazine.com’s own Minister of Tobacciana, misterlowercase, recently treated the forums to a wonderful glance back to the history of Capstan flake which you can read here. Obviously, with a hundred plus years behind it, there’s a lot of story to tell; I’ll let the curious reader explore on their own. And though the brand has changed production houses and has been available in Europe for years, and though there is always a clamor for comparisons of "the old stuff" versus the new, we’ll limit our exposition to the current blend, singularly and on its own merits—for there are many.

The sample tin arrived with a year and a half of age under its belt already, with a production stamp noting March of 2013 as its birthdate. For a straight Virginia blend, a year or so seems to be the minimum time for a blend to really attain its internal equilibrium and soften some of the edges. Popping the tin on a sultry summer afternoon after a taxing day at the office, all worldly cares and anxieties melt away, dissipated by the refreshing breath of the briny tang within. This Virginia flake eschews the sweet and tart profile favored by most of its ilk and instead presents a decidedly earthy and savory bouquet that translates perfectly to the smoke. The flakes are stacked in twos, offering a perfect packing size for a single flake to a group four bowl. Only slightly moist in the tin, a light rubbing and a short drying time are enough for preparation.

MORE READING  One Bourbon, One Scotch, and One Beer 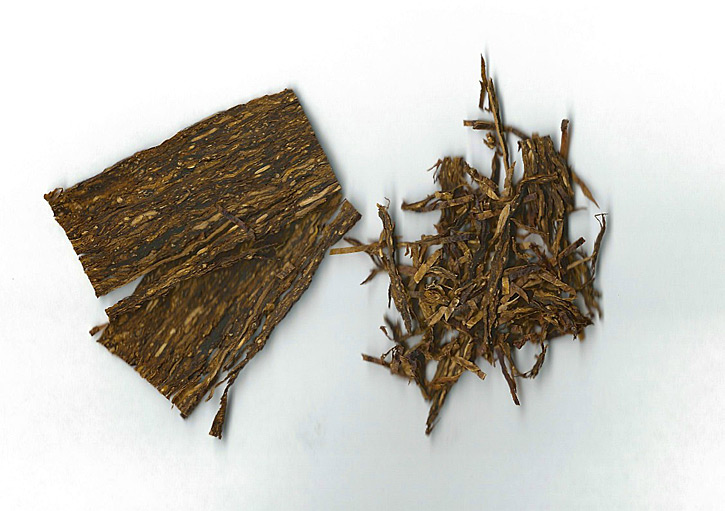 What a great summertime smoke. Aromas of fresh-hewn hay, light woody accents, the definitive raisiny fruit of Virginia and the faintest floral component accompany the light, and extend through to the heel of bowl after bowl. Particularly in the mid-bowl, there’s a cereal grain-like flavor that is very satisfying. Though it’s the milder version of its kin in the blue tin, it still delivers a substantial nicotine serving, which is tempered well with iced sweet tea and the company of good friends. Taking advantage of the Labor Day weekend, a heavy dent was made in the sample tin when it accompanied me to a Dungeons & Dragons session with my buddies. The cigarette smokers were jealous that their sticks didn’t taste nearly as good, and the non-smokers commented that it had a "regal" aroma that only added to the ambiance of our dungeon crawl. 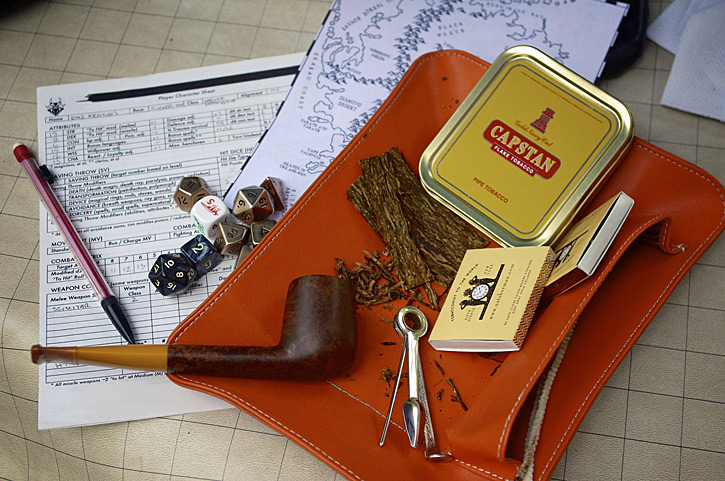 This one’s a natural 20, worth 100xp easily. If you understand that statement, you’re a gamer.

It was an intense gaming session; our low-level party was pitted against a slew of undead, demons, and a high-level necromancer, and I puffed through five or six bowls in a row over the course of the afternoon’s battles of sword and wit. While I don’t often partake of a pipe with such vehemence, it is worth noting that both my character and my tongue made it out of the dungeon alive. There was no tongue bite, no overheating, and the flavor came through with clarity from start to finish. With only a year in the tin, this flake proved remarkably subtle and easy to smoke. I suspect MacBaren, with its unmatched stores of leaf, uses mainly stock that is already well tempered in its current incarnation of Capstan. It’s also a very straightforward smoke; not really one-dimensional, but lightly nuanced and exceedingly consistent. It sits well on the palate, doesn’t linger too long, and simply begs for another round when finished. With glorious weather and good friends, it’s an easy pipeful to oblige.