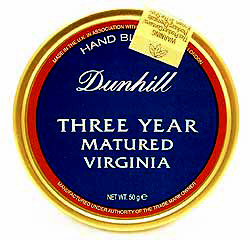 At the time of this writing I’m sitting in unseasonably warm conditions for Northern Nevada. I’m outside smoking in a t-shirt, shorts and listening to Pérez Prado. I have a French press full of coffee, Black Friday nonsense is happening somewhere in the world and I couldn’t give a damn. There seems to be a constant food hangover stretching from my navel to my upper ribcage. For me, the holiday season could be well over. Call me a Scrooge, I’ll be proud of it. Christmas is a sham as a whole–at least the version everyone thinks of. To be honest, I’m not sure what the holidays really are for me. I’m not religious, I have a strange family set, and in general, the color scheme, smells and soundtrack are puke-worthy. I’m known as being the slightly intoxicated Grinch starting in December. That’s my tradition. The world is in discomfort and chaos: welcome to the last pipe tobacco review of 2017. At least the crab cacti are in bloom.

Some weeks ago, I believe the Lane rep visited my former place of employ, the Tinder Box (we parted on great terms, don’t worry) and left something behind. A basic, blue-labeled tin of Dunhill pipe tobacco. I had never heard of it seen it grace the shelves of the shop. Usually this time of year I’m happily puffing away on something Latakia, but since I seemed to do that all summer when I was supposed to be in the shade with Virginia, the topsy-turvy theme happening this year apparently knows no bounds. The tin has no description: “Three Year Matured Virginia.” That’s all I had to go by.

Once opened, the contents of the tin reveal a mostly milk chocolate-colored jumble of tobacco ribbons, with the occasional tawny and tan strip thrown in for good measure. It smells clean and fresh, there’s that basic fruit component on the nose that promises at least a touch of nicotine to calm my holiday grouchiness. Moisture content is what one would expect out of STG/Lane products, something I personally consider “just right for smoking right now.” 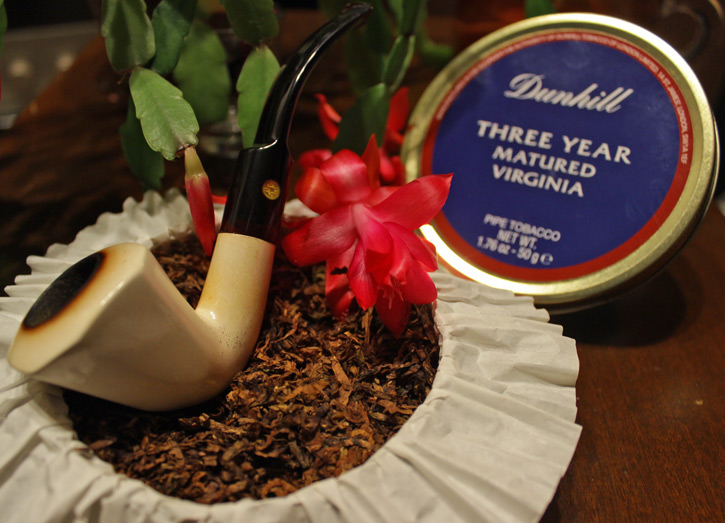 Packing and lighting Three Year Matured Virginia is an easy and forgiving procedure. Whether dodging a Prius, its windows blocked by 45% post-consumer waste shopping bags and fair trade coffee stickers or testing constitution of your liver on the porch with a 12-pack, one can still load a bowl correctly. First puffs on this tobacco is promising. Mouth-feel is a bit on the gritty but pleasant side…this isn’t a meaty tobacco, and it introduces itself as such right away. It has a brut edge to it, but is fig-like while being cracker-crisp. It’s slightly yeasty, toasted, and has a tad of quinine bitterness on the tongue. This tobacco is fun right out of the gate–will it keep up?

The first quarter of the bowl there a more flavor-melded experience similar to what I mentioned about the first light. The natural sweetness breaks way to the dry qualities of the tobacco, but come right back with every tamp or relight. Smoke is consistently voluminous but not mouth-coating. This is nice when the senses are reeling from overexposure to food, scented pine cones and unrealistic car-with-bow commercials. This tobacco practically smokes itself, but I think it is better to help it along.

By the halfway mark Three Year has a diminished amount of “oomph” that I had gotten used to from the first quarter, but the flavors change it up a little. Consistently I was getting a more of a thicker, spiced plum nuance; cassia and white pepper on the background. It’s here the tobacco reminds me how easy-going it really is without being soulless. This is that kind of smoke you get lost in what you’re doing, be it listening to music, reading a book or rolling your eyes at the decoration pissing contest going on across the street between the neighbors. Putting the pipe down on occasion is a smart idea here, for the sweetness really kicks up a bit more on rested relights. I’m pretty sure red Virginia is a component in this mixture, the smell and the mouth-feel are about right for it. Red Virginia really keeps the false “cigarette stink” mitigated in VA-only blends, or at least so I’ve been told when I’ve been around others and bothered noting such reactions. The added bonus is the mellow oven-baking-something warmth it lends usually about midway through the bowl. 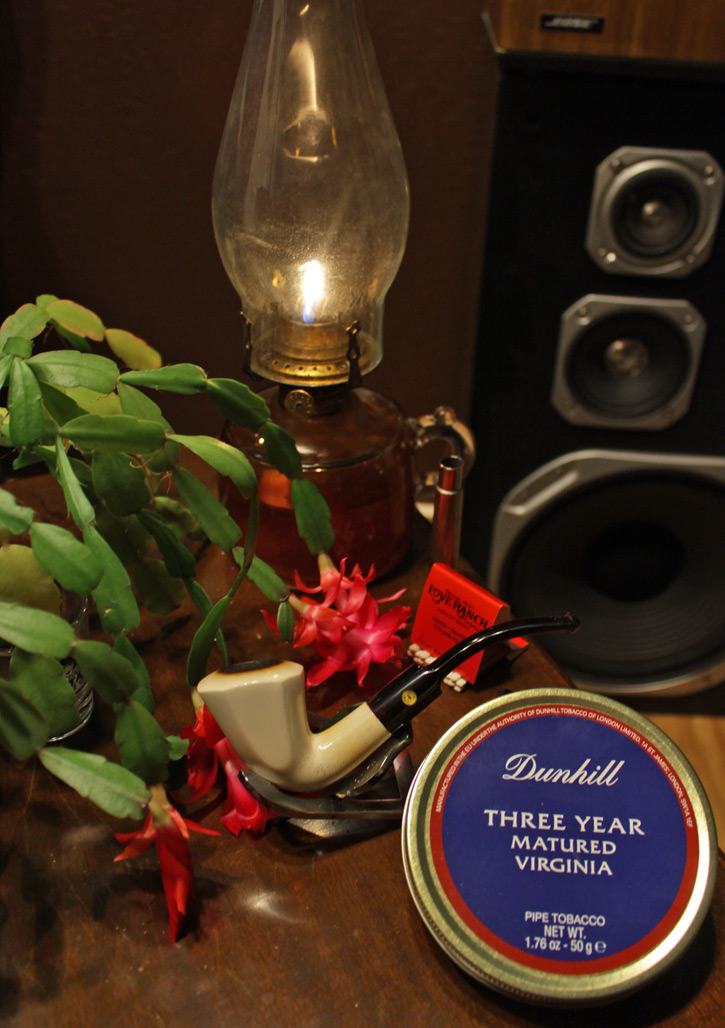 Three quarters down is a little lackluster. The volume of everything gets turned down, something I wish happened when going into the drug store for cold medication and I’m being subjected to a particularly loud, boisterous instrumental version of “Silent Night.” At least I could fix the tobacco’s performance fatigue by choosing pipes that were a little wider in the chamber, and packing a little more solidly at the bottom. Fortunately this tobacco is rather springy, and blockages were never a problem. Do smoke it a little slower if you decide to choose wider-bowled pipes: although a very cool-smoking leaf, this tobacco can get a little hot (naturally) if more exposure to oxygen is happening with the increased combustion area.

The last part of the bowl gives, to my satisfaction, that rich final hurrah I look forward to in finishing a smoke. The flavors go more molasses and tad meaty, with much of the dry and even tart qualities gone completely. It’s a nice change at this point of the smoke. There are no ashen flavors. One of the consistent things of Three Year Matured Virginia is cleanliness. While never being weak, the tobacco is inoffensive to the senses and others around. I found it paired wonderfully with hot coffee, and copious amounts of whiskey, necessary for getting those damned holiday ear-worm songs plaguing the mind. Nicotine is satisfactory and just-right; you won’t find yourself spinning like a dreidel nor will you be wondering if there’s any brandy in your eggnog.

You’ll all have to pardon my curmudgeon ways during the holidays. As much as I am thankful for my family, supportive personal relationship and catching up with friends, it’s a crazy time. It’s really important to set time aside for ones self and pipes are not only an excuse, but a necessity. Your cousins might think you’re weird, grandma might recount stories about how she bought a pipe for grandpa every year since he was in the war, and the neighbors might wonder where your clothes went when you finally had too much mulled wine, but Dunhill Three Year Matured Virginia might be just the companion you need to get through the home-stretch of the holidays. While it isn’t a ground-breaking, monumental tobacco, the spirit of it is as basic as the tin label, Lane did a good job putting together something that can be enjoyed year round. Whatever you celebrate, do so safely, with spirit(s) and love, and puff merrily everyone. See you next year.