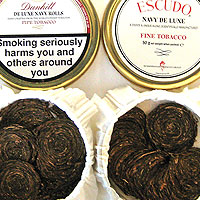 As I’m sitting here writing a review of Dunhill De Luxe Navy Rolls and describing what it is like, I suddenly realized that it reminded me of Escudo Navy De Luxe. Then I realized that they are both made in the same factory and both have Virginia and Perique. I stopped my review of Dunhill De Luxe Navy Rolls, for the second time in two weeks. Last time I found that the distribution and availability was in question – article here. Now I’ve shifted into a side-by-side comparison.

The similarities between Dunhill De Luxe Navy Rolls and Escudo Navy De Luxe are numerous. Are they actually the exact same thing in two different packages?

1. Both contain Virginia and Perique tobaccos.
2. Both have the same name with one word placed differently.
3. Both are rolled and then sliced into coins.
4. They are the same type of blend – Navy-style.
5. They are made in the same factory – Orlik.

Are they one and the same? Let’s look a little closer. 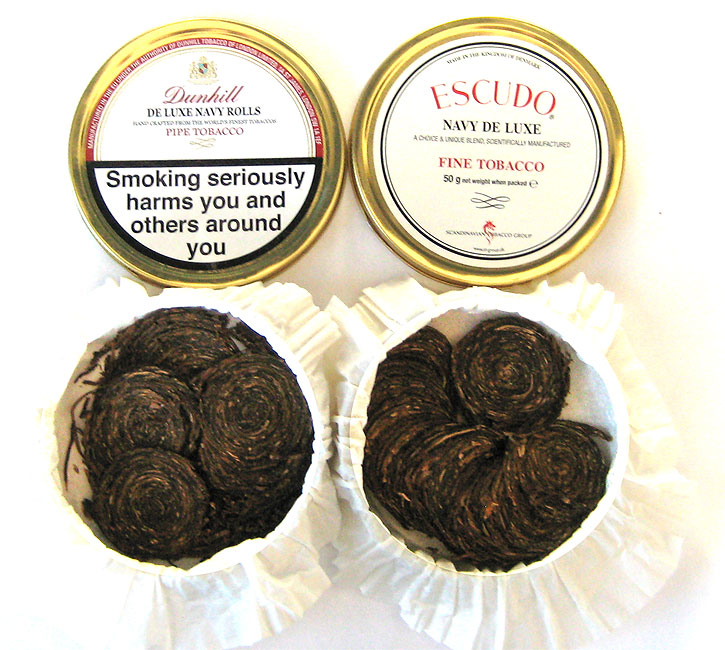 In the above picture, Dunhill is obviously on the left and Escudo is clearly on the right. Would you be able to tell which was which if the top of the tins weren’t placed by their respective tobaccos?

Let’s take an even closer look at the coins side-by-side. 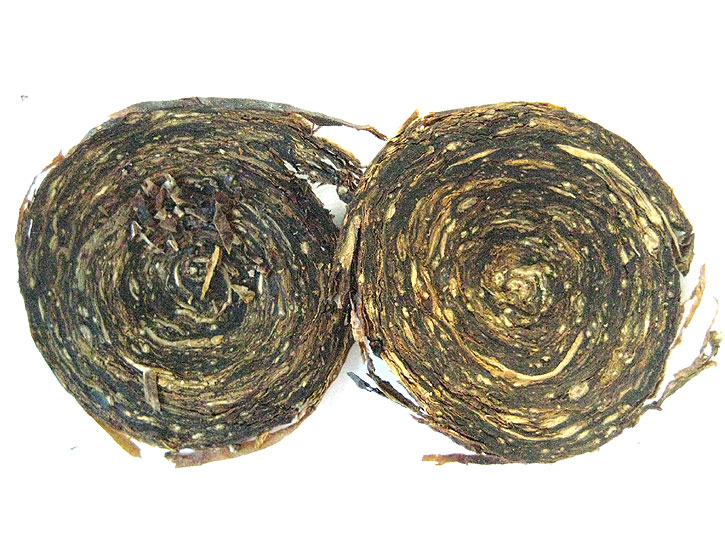 You can see the above photo even larger when you click on it. They look quite similar, but with this closer inspection, they do start to look a little different. The Escudo appears to have some more yellow Virginia tobacco and the Dunhill (again on the left) appears a little darker.

So, the next question to answer is; "What do they actually taste like when smoked side-by-side?" I have smoked them both at the same time alternating back and forth in two pipes that are exactly the same shape and size.

Stay tuned to PipesMagazine.com to find out if Dunhill De Luxe Navy Rolls and Escudo Navy De Luxe are one in the same.