I joked with a cigar appreciator friend that daylight savings time is like this: one clips an inch of the cap from the head of the cigar, affixes it to the foot and expects the smoke to last longer. Pipes on the other hand, you just keep adding a little if necessary — therefore, clearly it wasn’t a pipe guy who invented or maintains the silliness of daylight savings time. He told me I was full of shit, I told him the same thing; we smoked, we drank, and had a good time. Even if we “lost” an hour.

The man knows his cigars, but never was a fan of Latakia, and I swear I didn’t bring in Bengal Slices White to annoy him. There wasn’t much left in the tin at this point, and I knew my written gibberish and notes needed to be compiled into a more publishable and readable format. So I sat, compiling on my laptop, waiting for him to refer to the smell of Latakia as a “dumpster fire” as usual. To my surprise, he complimented me.

“That stuff isn’t half bad, it smells kind of like bacon — what is that?” he inquires.

“You’re not going to like me, but it’s Bengal Slices White, and yes, it has a bit of Latakia in it,” I sheepishly admit.

He was mildly impressed. He’s also not the sort that tries some exotic food and keeps eating it so long as he doesn’t know what it is. There’s a backbone in this man. Becoming unstuck from your ways to admit you like something you normally wouldn’t or dislike something you are a complete blubbering fanboy about says a lot about a person.

Moving recently to an overpriced and underwhelming apartment in Reno provided me with one thing: a tiny little porch that overlooks a nearby basalt and sagebrush covered hill. I sold or threw out half of my nostalgic anchors and had to choose that I deemed necessary. Naturally, pipes and tobacco made the cut, but I had no idea where any of it was. Fortunately a little box containing Bengal Slices White was within easy reach, and it became a welcome if not my only choice amid the chaos. It’s described as lighter version of the Bengal Slices family, a group of Balkan or Balkan-inspired tobaccos that has a long and rich history.

Inside a tin of Bengal Slices White you’ll find a brownie-sized square of crumble cake which seems a bit overpackaged by such a large, round tin. The smell is nice, just a warm greeting of your everyday Cyprian Latakia. There’s a little background of treacle and meatiness there, but descriptors also mentioned BSW isn’t topped with a scent or flavoring. The crumble cake breaks apart easily and the large chunks load and pack decently into various tobacco chambers without much fuss. Lighting the tobacco could be a little bit of a chore since it is genuinely compressed in certain spots and carries with it a bit of moisture.

The first quarter or so of the bowl is a little less mute on Latakia flavor (and scent, apparently) than I was expecting. The smoke has a thinner mouth-feel than a lot of Balkans, as well. What I notice first is a warm, toasted bread quality that makes me think they used very little if any Burley tobacco and favored a mellow orange or even red Virginia. The savory smoke is subtle, distantly basil-like and pleasant. Have no fear, the Latakia is in here, it simply isn’t a freight train like the dying fad of overpowering Lat-bombs we all got sucked into the last decade or so. Latakia is becoming enjoyable again, it seems.

About past the halfway mark, the oriental components, be they Turkish or simply the Latakia taking its time, spice things up. This is one of the things I look forward to as a standard in any Balkan mixture: where does the spice tickle the nose? How much tongue-tingling do I get? Is it a sharp sensation or more fuzzy? Under-appreciated is the way the senses are affected in a tactile way in lieu of simply searching for the flavors. The mouth, like any part of the body, likes to be comfortable as well, and it’s okay to get a little picky. It seems the only time most of us notice how our mouth really feels is when there’s tongue bite or burn. With Bengal Slices White, it’s not a particularly rich or full smoke, it has a thin but pleasant body, and the oriental provides a warming, capsicum spice very gently both on the nose and upper palate. The Latakia is still smoky and meaty, but never overwhelming. I would have liked a little more dynamic herb-like qualities to carry over to this point, but that is a matter of minor concern.

The end of the bowl of BSW slows down just as pleasantly. There is no rich or powerful compounding of flavors or tars. This is unique to this genre tobacco, something I don’t come across very often. If I’m to use a comparison, Billy Budd, one of my staples when I’m not exploring something new, has both quite a bit of Latakia and cigar leaf. It accumulates at the bottom of a pipe like the pot liquor of a batch of collard greens. It’s good stuff, a broth, an aspic—left over and ignored by some; savored and used by others. Balkan Slices White’s version of this is not as present, but no less delicious. It’s a clean finish that leaves the mouth wanting a little more of the main dish.

In summary, my new little porch was a great place to try something as interesting as Bengal Slices White. For me, it isn’t a tobacco that is trying to buck a trend or become a groundbreaking entry into the market. In fact, I have to pity it in a way, as it does what a lot of tobaccos with history do: follow in footsteps and shadows of another “glory day” tobacco that the original form is wrapped up in nostalgia and impossible shoes to fill. I have never tried the original, and perhaps never need to. The product compared to itself is a good one. It has a classic approach and is made with care and good ingredients. It has enough to satisfy those looking to explore what tobacco might have been like many decades ago, and is modern enough to be readily available and smoked easily by any curious enough to indulge. Nicotine levels are barely moderate, and I enjoyed gin drinks, earl grey teas and red wine all with great success when paired with Bengal Slices White. It smokes cool, is easy to prepare and smolders forgivingly.

The easygoing nature, clean operation and success bringing a celebrated classic is what stands out as a winner with Bengal Slices White. It’s rare to have these qualities in a Balkan style tobacco, let alone having the task of being compared as a mere reboot of something that doesn’t exist anymore. Hell, it even was welcomed by a known, outspoken critic of the room note of Latakia.

Clocks change, places and times right along with it. 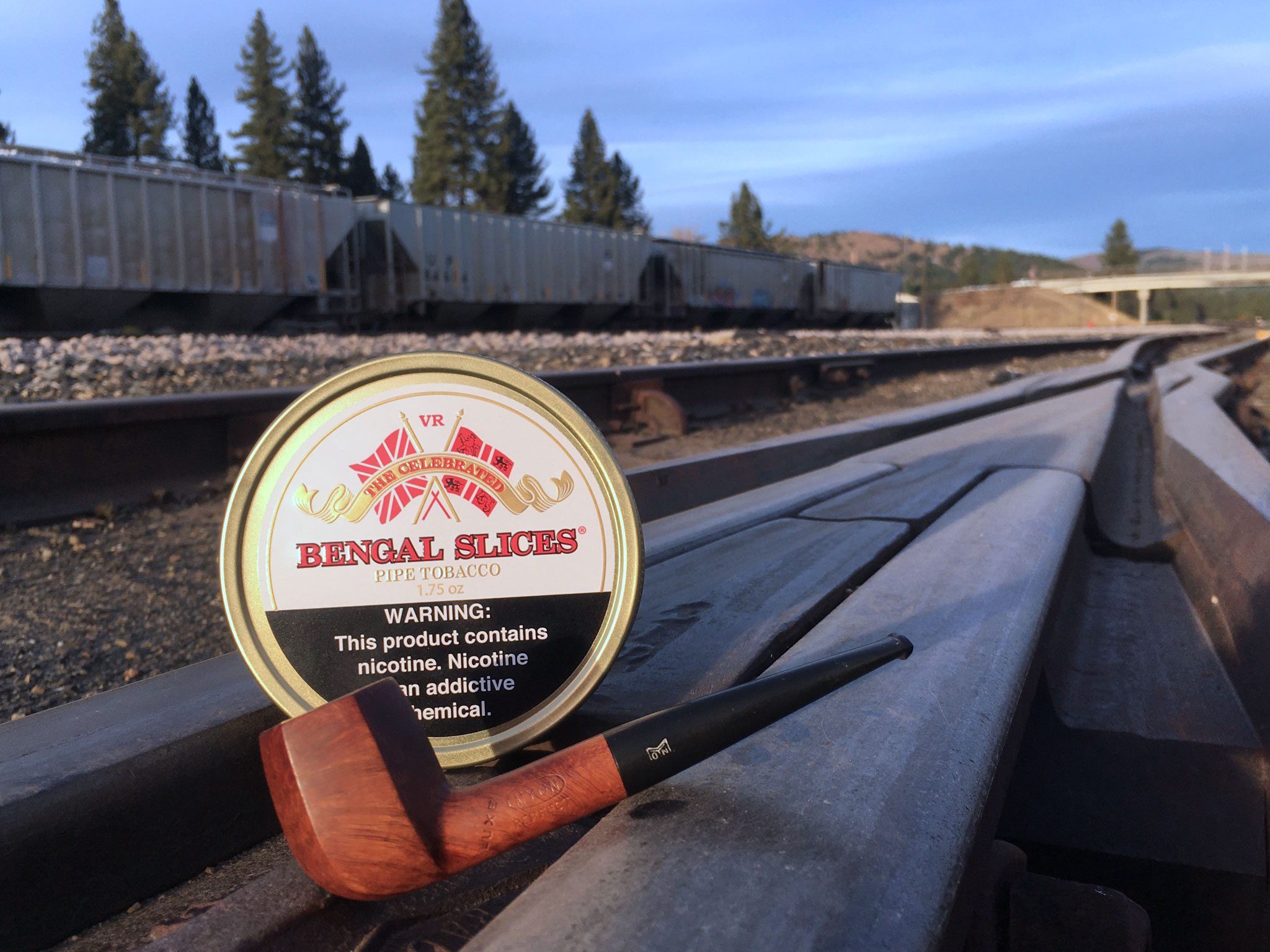 From SmokingPipes.com: Similar to the original Bengal Slices, Bengal Slices White is a blend of ribbon cut Latakia, Virginia, and Orientals that has been pressed into a crumble cake. A little lighter in body and without the top note found in the original, this blend can be enjoyed all day without tiring the palette. 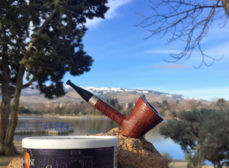 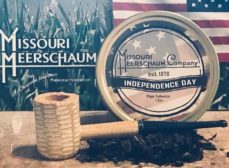 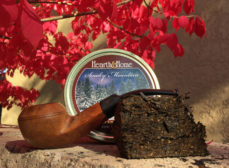