The Renaissance of Pipe Smoking 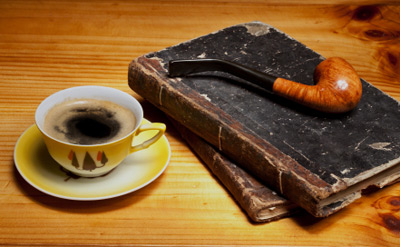 When I tell people that I believe pipe smoking is a remedy for many modern ills, I get some pretty diverse reactions. Smoking pipes aren’t as popular now as they were 5,000 years ago, so it may be justifiable to call me old-fashioned, but old isn’t always bad. Allow me to persuade you that we’re talking about much more than a piece of wood with holes in it. We’re talking about a simple practice that strengthens relationships, improves a man’s disposition, and is just plain fun! I’d also like to contest that we are on the brink of a renaissance for pipe smoking. Get ready to bust out your grandfather’s old briar!

At sixteen years of age, I was already fascinated by pipe smoking. When a family friend brought home a few Peterson pipes after a trip to Dublin, I was taken, and it was over. Hook, line, and sinker, as the saying goes. I didn’t know just how deeply it would influence me, but as soon as I witnessed this family friend sitting about a table with seminary graduates, doctors, and businessmen, calmly smoking and carrying on in a most civilized way, I knew there was something special about those pipes with their silver bands and their deep, dark grains.

The history of the smoking pipe is older and more vast than can be approached by such a short article, but tobacco has been smoked since approximately 5000-3000BC. It’s believed that the first practice of smoking was in South America where the tobacco leaf finds it’s origin, but since then it has spread to the farthest reaches of the world. It was used as a medicine by some ancient civilizations, to treat things such as coughs and the common cold…the placebo effect may or may not have had a role to play there.

What about a man’s character could possibly be improved by pipe smoking?

"I believe that pipe smoking contributes to a somewhat calm and objective judgment in all human affairs." – Albert Einstein 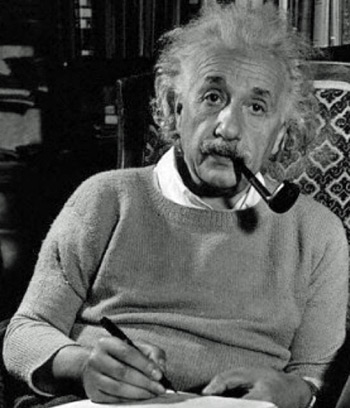 Other than a pipe and some tobacco, the act of smoking a pipe requires a few things of the smoker. It begs for careful thought, pleads for contemplation, and kindly asks for company. These are things which are priceless in a culture dominated by the fast-paced devouring of media, and ambitions that aspire only to the dollar. Though we are social by nature, the postmodern world we live in has ascribed to independence a greater value than to fellowship. So anything that slows us down and forces us to submit to our own nature of sociality, spending time with others in respectful conversation, is a great thing indeed.

"But tobacco is bad for you!" sound the cries of a thousand concerned mothers. There is no case to be made for the positive health benefits of smoking, sad to say. However, as Samuel Clemens once said:

"You are always ciphering out how much a man’s health is injured…in the course of ninety-two years’ indulgence in the fatal practice of smoking…And you never try to find out how much solid comfort, relaxation, and enjoyment a man derives from smoking in the course of a lifetime…I haven’t a particle of confidence in a man who has no redeeming petty vices." – Mark Twain

Certainly one’s health is important, and so as with any petty vice, in order to be good men we must exercise moderation and restraint at times. At other times, though, damn the restraint and have a smoke! We men are risk-takers by design! That’s why we climb mountains, jump out of airplanes, and ride motorcycles. The important thing is to balance the risks we take with good sense. You wouldn’t go bungee jumping without a bungee, or ride a motorcycle with your eyes closed, so one shouldn’t smoke without understanding the risks, and using good sense and self-control to moderate them.

The Renaissance of the Pipe

It’s not a coincidence that I became fascinated with pipe smoking when I did, nor is it a coincidence that you are reading this article. Our generation of men was born on the cusp of a technological revolution which, with it’s promises of independence and ultra-convenient connection, has sometimes left us lonely and socially confused. Pipe smoking is a remedy for many modern ills, including the sickness of social disparity. Having spoken with smoking pipe factory managers, retailers, and wholesalers across the world, and having engaged in conversation with customers and acquaintances from every walk of life, all signs point to a renaissance of the smoking pipe. Internet trends and consumer spending reports offer evidence of this claim, but far more important are the longings of many who have lost contact with their fellow men, and see pipe smoking as an avenue by which they might reconnect. Much as we have returned to shaving like our grandfathers, we’re returning to smoke like them as well. So the rebirth takes place as countless men and women decide that they want to reengage in true face-to-face conversation once again.

Be a part of it! It’s not every day that we have an opportunity to influence the great big impersonal world on which we spend our existence. If only in some small way, taking the time to sit back with a pipe, light up, and talk to some friends about something important is a chance to do just that.

—————
Philip Assad is a Syrian-American pipe and tobacco expert, writer, and Managing Partner at The Pipe Guys. Check them out for pipes, tobacco, articles and more!