Pipe Smoking: Why Less Is More 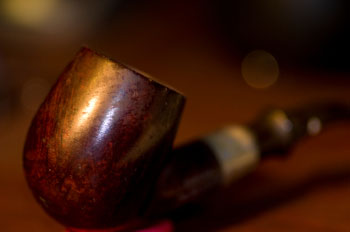 [Here’s some great instructions that will give the most enjoyment while smoking your favorite pipes and tobaccos. Learn how to properly pack, light, tamp, & puff for maximum smoking enjoyment.]

I’ve smoked a pipe for 41 years but have really learned how to smoke more enjoyably during the last eight years. I learned to smoke a pipe from my role models (Grandfather, Father, Uncles and a favorite cousin). I also learned their habits, many of which I had to unlearn. I started with drugstore pipes and tobaccos and consequently scorched my mouth and tongue that was explained as ‘breaking in my mouth’. During my first year of college, a friend of mine dragged me to a local pipe shop and a whole new world of pipes and tobaccos emerged. I tried some high quality tobaccos and bought my first decent pipe. From then on I was hooked and my love affair with pipes, tobaccos and the various accessories was well entrenched. I actually got a job at the Edwards shop in Milwaukee and eventually joined the staff at Uhle’s Pipe Shop until I graduated. I would also take trips with the guys to Chicago to visit the shops there every couple of months. My taste in tobaccos gravitated from the aromatics to English and burleys but I was not able to acquire a taste for Virginia blends. I did a stint in the Army Reserves in California, more school in New York State, a job assignment in Florida and eventually wound up in Kansas City, all the while still making the rounds of the local pipe shops and still unable to enjoy Virginia blends. 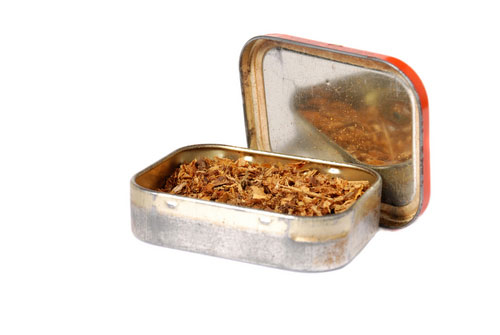 A number of years into my Kansas City gig, a group of guys at our favorite pipe shop (Cigar & Tabac) decided to start a pipe club. One of the guys (Quinton Wells) insisted that I try his favorite tobaccos Beacon and Escudo. He took the time to explain some of the techniques that were necessary to enjoy Virginia blends. I was still not completely converted but this began my metamorphosis. I began to take notice of the various smoking habits of the guys around me who seemed to really enjoy smoking as a hobby. My observations lead me to learn that I had some habits that were preventing me from fully enjoying my smoking. Among others, I packed my tobacco with a heavy hand, tamped too often and with too much pressure, I puffed too aggressively, and I scorched my tobacco when lighting my pipe. After adjusting my technique (really re-learning how to smoke) I am now able to more fully enjoy my pipe smoking. I’ve shared some of my thoughts with the guys in the pipe club and was encouraged to share this with others who might wish to try some of these tips, hence the submission of this writing to NASPC. 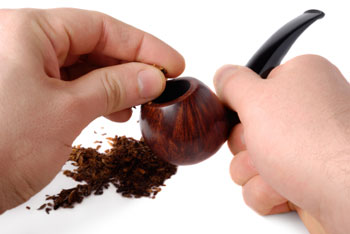 I prefer to smoke flake, cube or rough-cut blends. I enjoy the smoking qualities of these ‘dense’ blends and fill my pipe bowls using the gravity method whenever possible. This allows me to pack my pipe lightly permitting maximum airflow to allow the tobacco to burn at a slower, drier and more cool rate than tobacco that is overly packed and burns like a charcoal briquette – too hot for the sugars in the tobacco – resulting in a hot bitter and wet smoke especially during the last half of the bowl. To accomplish this, I do not rub out flake blends. I use a scissors to cut across the flake. This allows me to drop the tobacco into the bowl. For ribbon cut blends, I gently take a pinch of the blend and feed it into the bowl and form it with my ‘pinkie’ into the bottom of the bowl and feed the remainder of the bowl in the same manner so that the resulting fill is soft and spongy to the touch.

I lightly draw the flame into the tobacco moving the flame around the bowl to achieve an even light but I also remove the flame from the tobacco when not drawing on the pipe to avoid burning/caramelizing the sugars especially when smoking Virginias. This is the singing light. Next, I gently bevel the tobacco edge around the inside bowl and gently relight the tobacco using the method noted above. I then set the pipe aside for five to ten minutes to cool down and let the sugars in the tobacco to set up or make the tobacco firm up. This will enhance the tobacco’s burning without having to ‘over puff’ during the course of your light up.

I relight the tobacco as many times as necessary if it goes out so be it. I do not over puff to keep it going. Also, and very important, I do not tamp the tobacco each time I relight. I tamp only when the tobacco will not relight and then I very lightly tamp only the top ash not the underlying tobacco. This was the hardest habit for me to acquire. I was amazed at how many times I could relight my tobacco without tamping each time. Learning to tamp only as needed prevents overly compressing the tobacco that will eventually result in a more restricted draw, a hot, wet and bitter end of the bowl.

It’s been my experience that the more aggressively I puff, the less I enjoy the smoke especially toward the end of the bowl. As a result, I had to retrain myself to sip rather than gulp to avoid overheating the pipe, tobacco and my mouth. If the pipe is more than a little warm in my hand, it’s too hot for my mouth so, I set it down and let it cool for five to ten minutes. I’ve also learned to swirl the smoke around my mouth, to roll the smoke over my soft pallet and out through my nose. This greatly enhances the flavor of the tobacco. 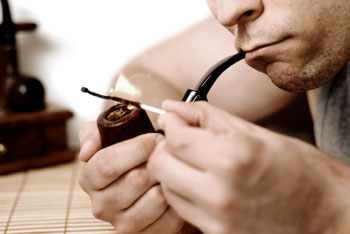 Some Other Points of Interest

If you find yourself over puffing much of the time, you may be trying to get more flavor from a blend that just can’t deliver. Talk to your tobacconist and get some samples of more robust blends.

When sampling different tobaccos it usually takes a minimum of three or four bowls of the tobacco in the same pipe to get a realistic read on the tobacco. Also, try the blend in different pipes to see if the pipe you’re smoking is a good match for the tobacco.

If your favorite pipe and/or tobacco just does not taste like it usually does, your pipe may be signaling that you may be on the verge of a cold or other illness (for me its usually a tell that within a day or two I’m going to have a sour stomach).

If your pipe draw hole frequently gets plugged, before your initial light, remove the stem from the shank. Insert a pipe cleaner into the bowl several times, remove the cleaner, encircle the bowl with the palm of your hand and blow through the opening between your forefinger and thumb (and through the top of the pipe bowl). This will usually force any loose tobacco through and out of the shank rather than into your mouth or plugging up the pipe.

The information above is pretty common sense but it took me over thirty years to adopt the common sense approach and really enjoy. I hope some of this information may be of some benefit to you and help you more fully enjoy your pipe smoking. After all, ours is a hobby of sharing if not our tobaccos, at least the latest tidbits of information.