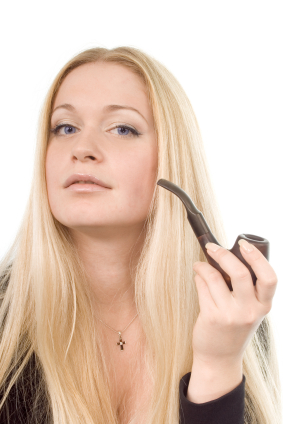 An amazing discovery was made this morning. It was reported on Fox News that a study by Baylor College of Medicine showed that pipe smokers scored higher on a standardized test and got better grades than the non-pipe-smokers. Pipe smoking can reduce stress, leading to enhanced concentration and thus better academic performance.

Pipe smokers have long known about the health benefits of pipe smoking. Some of the best thinkers and geniuses of all time, like Albert Einstein and Mark Twain were pipe smokers.

Actually, only part of the above is true. The part that is true is that pipe smokers have long known about the health benefits of pipe smoking. Some of the best thinkers and geniuses of all time, like Albert Einstein and Mark Twain were pipe smokers. Pipe smoking does in fact relax you.

The part about the Baylor College of Medicine study was paraphrased from a ridiculous news item I saw on Fox news this morning saying that chewing gum improved academic performance.

You can read about that here: Web MD. (Of course, the study was funded by Wrigley).

I can’t wait for Altadis to fund a study on the benefits of pipe smoking. There really are health benefits from pipe smoking and we will have an article about that here in the coming week. I am not joking about that.