By Smokers, For Smokers: The Top Ten Albums For Pipe Smokers 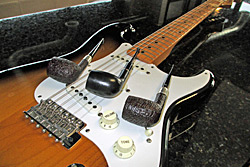 Pipe smoking and expressive talents go hand in hand. Our ranks are full of artists of every media—painters, poets, writers and musicians especially. This month, thanks to Missouri Meerschaum, we’ll take a look at my very personal top ten list of music made by pipe smokers, for the enjoyment of pipe smokers.

1 – Easily at the top of the list is John Coltrane’s seminal masterpiece, A Love Supreme. While free jazz can be difficult for some to get into, on this record Coltrane combines the melodic sensibilities of his early bop days with all the wild exuberance of his technical mastery in what is widely recognized as one of the greatest jazz albums of all time. A simple four-note theme is catapulted into the sonic stratosphere, backed by the incredible lineup of Jimmy Garrison, Elvin Jones and McCoy Tyner. Coltrane was seeking to express a hymn to The Almighty; kick back with a capacious pipe and be swept away on this spiritual journey. Recommended tobacco: Presbyterian Mixture. 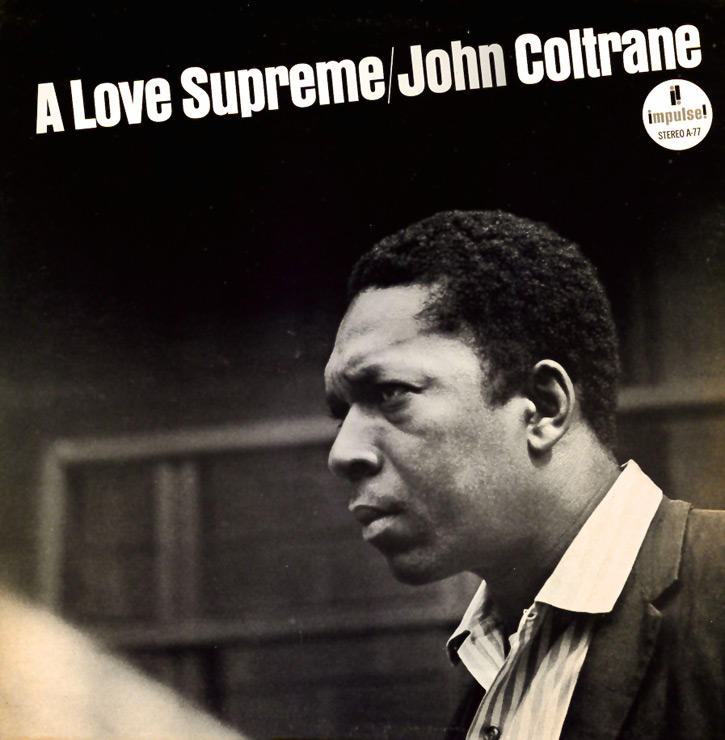 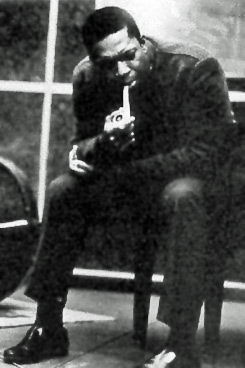 2 – The Black Saint and the Sinner Lady is another easy pick. Charles Mingus Jr. appears on the album cover lighting up a straight billiard, as if to let us know that this is an album to sit yourself down and experience with a favorite blend. Laying needle to vinyl, forty minutes of sheer brilliance ensue—at turns bluesy, rocking, maudlin and orgiastic, and everything in between. On the gatefold you can read the liner notes from him and his shrink for added insight.
Recommended tobacco: Peterson Luxury Blend. 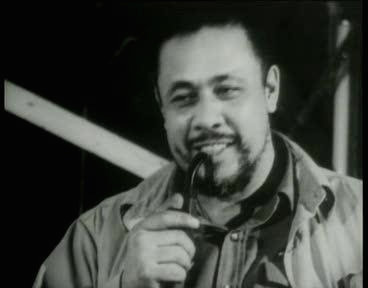 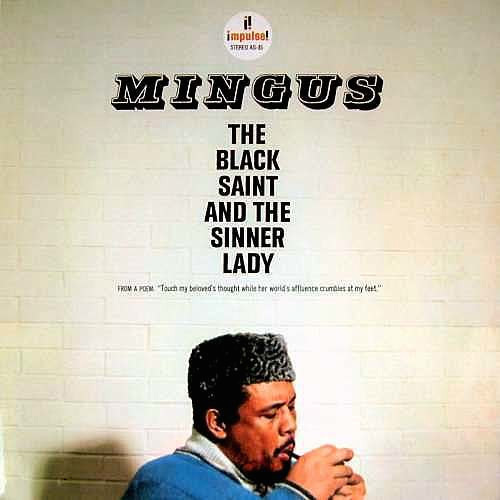 It doesn’t get any jazzier than this.

3 – Stevie Ray Vaughan – Live at Carnegie Hall. Stevie Ray Vaughan once famously quipped that he wanted to be a drummer, but didn’t have any drums; fortunately for us he picked up his brother’s guitar and discovered his true calling. This album grips you from the beginning: after a meandering bit of introduction and assorted random noises, SRV opens the set playing Scuttle Buttin’ at 90 mph and doesn’t let up until the last note. Always excelling at live performance, the versions of his hits like Voodoo Chile, Honey Bee, The Sky is Crying, and Pride and Joy are among the best recordings here. Recommended tobacco: GL Pease Triple Play. 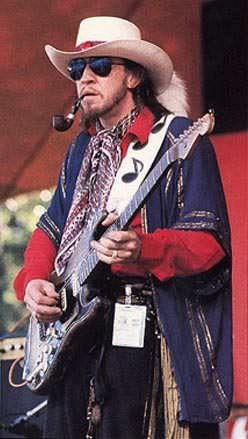 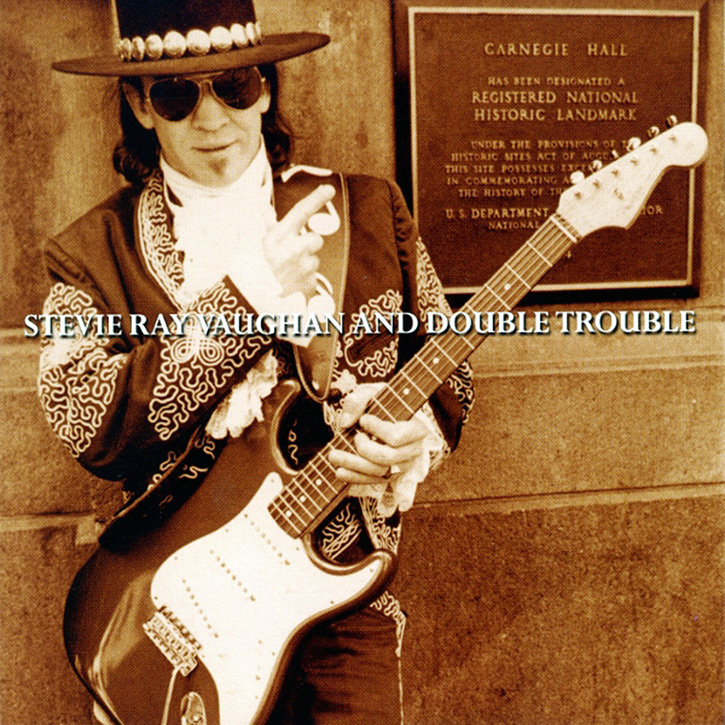 4 – Jethro Tull – Songs from the Wood. Shifting gears down a bit brings us to one of the best examples of mid-seventies folk rock, of which I’m an unabashed fan. If there’s any doubt about how brilliant pipe smokers are, look no further than track 2, "Jack-in-the-green", in which Ian Anderson plays all the instruments (though not at the same time). This is a great album to put on the headphones and… well, walk in the woods to, naturally enough—turn it low enough to hear the sounds of the forest around you, and thank me later for the soundtrack to bliss. Recommended tobacco: Sutliff Great Outdoors. 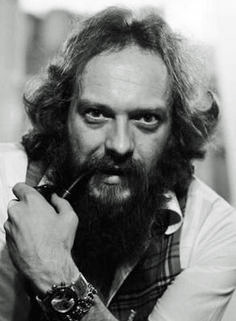 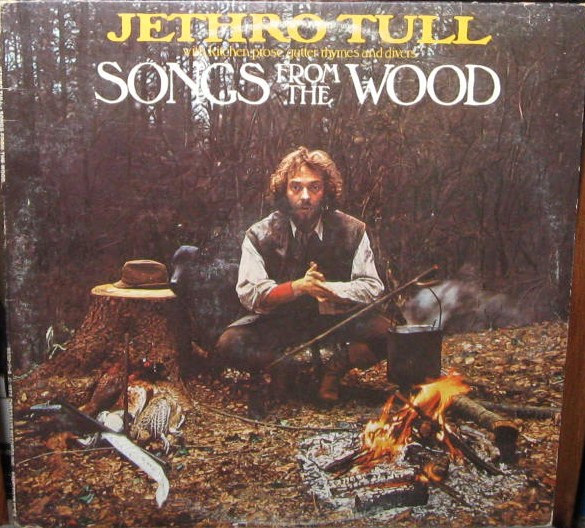 Join the chorus if you can, it’ll make of you an honest man.

5 – James Galway on The Lord of the Rings—Soundtrack. This is a bit of a cheat, but it simply had to make the list. The soundtrack is scored by Howard Shore and includes multitudes of performers, of course, but if you’re making music that has a Celtic influence and you want the best of the best, then you call up James Galway: pipe smoker, flutist, knight. His playing is incredibly expressive and defines the epic films; who can think of LOTR without the wistful strains of Galway’s leitmotif flittering through their mind? Recommended tobacco: Rattray’s Hal O’ The Wind. 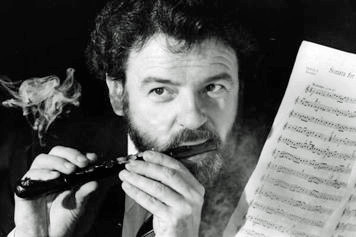 Knighthood lies above eternity; it doesn’t live off fame, but rather deeds. 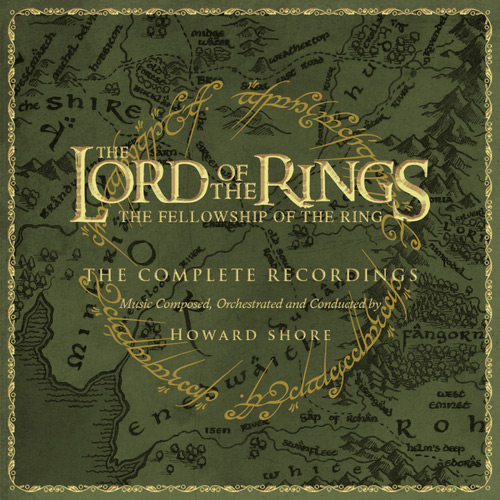 6 – JS Bach – The Coffee and Peasant Cantatas, Academy of Ancient Music. Class it up a little with some baroque perfection! Bach is one of the greats of classical music for good reason—over a thousand compositions, great hair, and of course, he was a pipe smoker. He even composed a paean to pipesters entitled "So oft ich meine Tobackspfeife". This album is from my extensive list of Academy of Ancient Music volumes; for those who don’t know, the Academy plays the works of the greats on period instruments, utilizing original manuscripts where possible. Cristopher Hogwood is one of their standout conductors, particularly for works by Beethoven. This album features music about two of my other favorite pastimes, coffee and peasants! Recommended tobacco: GL Pease Westminster. 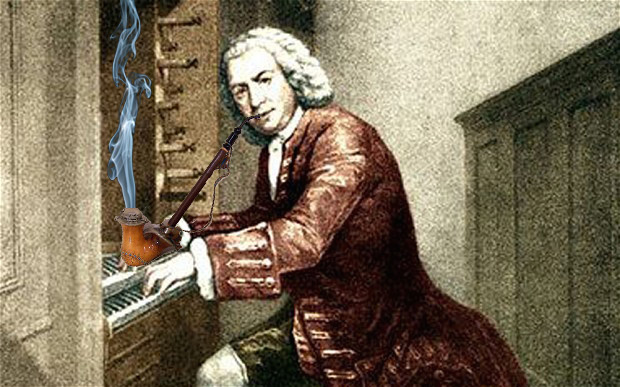 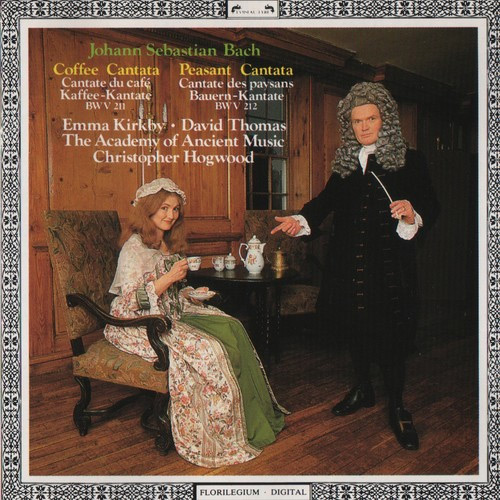 It teaches me that very like / Am I myself unto my pipe.

7 – Elvis Presley – Aloha From Hawaii Via Satellite. The King in all his bombastic, bejeweled glory, complete with leis and karate kicks in quadrophonic sound. It doesn’t get any better than this, really. From the opening barrage of See See Rider to the closing strains of Early Morning Rain, this is an exercise in seventies baroque entertainment extraordinaire. Dust off that leather-wrapped Longchamp pipe and fire up a bowl while you enjoy this on laser disc.
Recommended tobacco: Lane Crown Achievement. 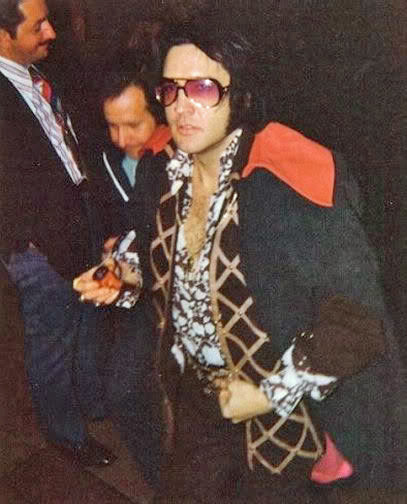 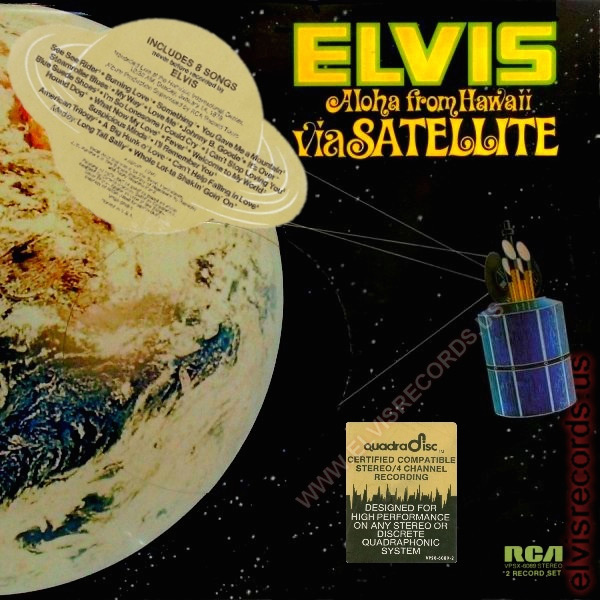 8 – Bing Crosby – Merry Christmas. I obviously have a soft spot for crooners, and despite my professed Grinchiness, Bing’s Merry Christmas album always succeeds in melting my cold, black heart. Anything the man ever recorded is great, of course; this one just excels in a way that’s impossible to quantify—and makes for a great contemplative listen with a pipe any time of year. Recommended tobacco: Peterson’s (yearly) Holiday Blend. 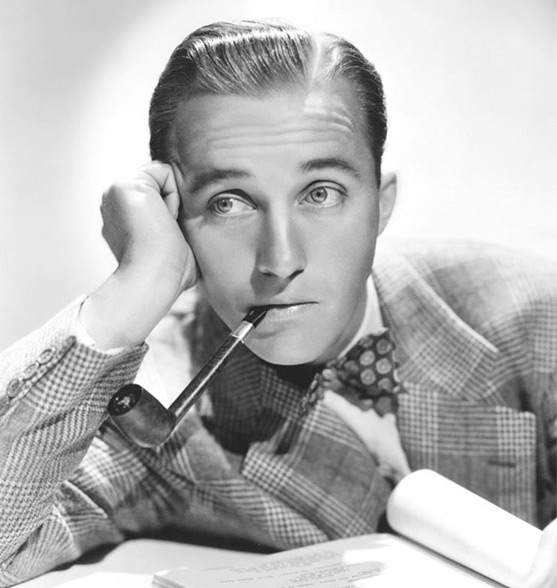 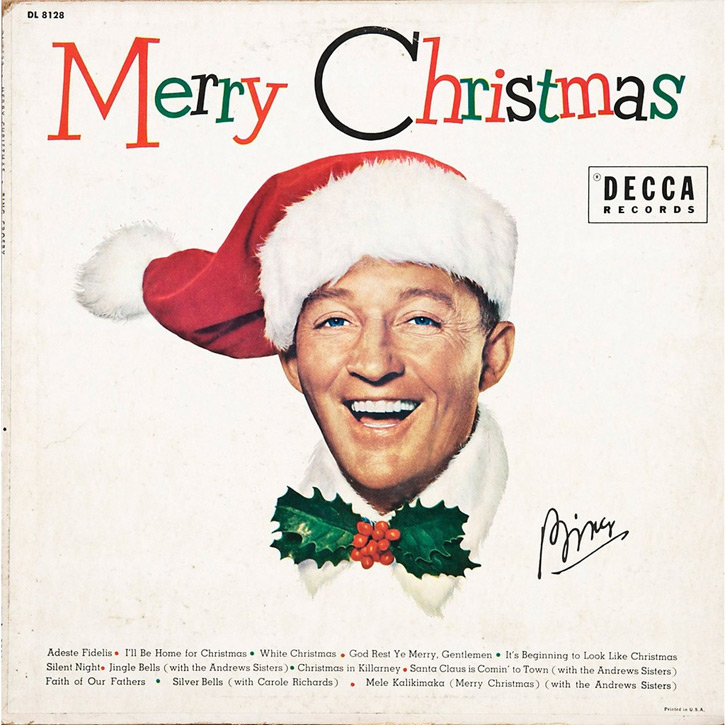 9 – Gershwin Plays Gershwin: the Piano Rolls Volume 1. Nobody could craft a tune like George Gershwin, and hearing him play his own compositions sheds new light into his playful, tongue-in-cheek nature. Collected from over one hundred piano rolls he’d recorded between 1916 and 1927, and reproduced on a Yamaha player piano, this album offers greatest hits like Sweet and Lowdown and Rhapsody in Blue. Listening to George tickle the ivories makes for a lovely afternoon pipe.
Recommended tobacco: W.O. Larsen 1864 Perfect Mixture. 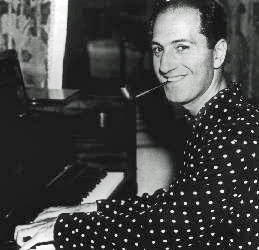 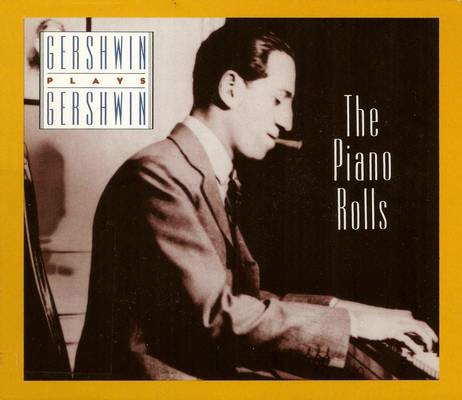 Life is a lot like jazz… it’s best when you improvise.

10 – Henry Mancini – Mr. Lucky Goes Latin. This album outstrips Barry White and Marvin Gaye in the Music-To-Get-Jiggy-With-It category. Mostly because it’s a surprise trump card—drop this disc on the turntable and turn the lights down low, offer your date a sex on the beach, and groove to the foxtrotting goodness. Lujon has got to be one of the sexiest pieces of music in recorded history. Mancini’s compositions are spicy, swooning, atmospheric and lingering, just like a good pipeful.
Recommended tobacco: Erinmore Flake. 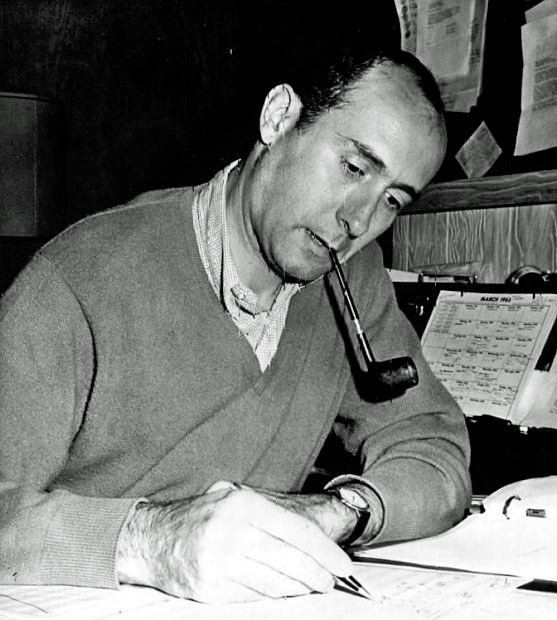 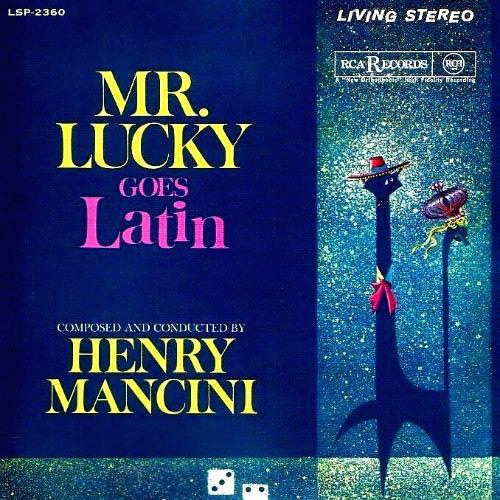 Some days it’s too warm to fight a slow hot wind.

Now before you go writing hate mail telling me that I got the order all wrong or missed out on your favorite artist, please remember this is a very personal list from my own music collection, heavy on the jazz and occasionally the schmaltz. Add your favorite pipe smoking musicians or composers, and your favorite tobacco accompaniments, in the comments section below!