A Year Without Tobacco – Thank God It’s Over 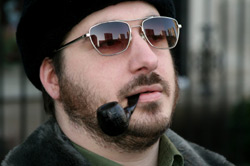 Around December of last year, I wrote an article about being 6 months in to a year without tobacco. It was a rough 6 months and honestly the following 6 months weren’t any better. It was a weird combination of getting used to not smoking, and still finding reminders of my love for a pipe everywhere.

Turns out there are a whole host of activities that, in regular life unrestricted by insurance, I only partake of when I’m smoking. One, perhaps obvious, example is I managed to go a whole year without throwing a block of briar on my lathe. There is shockingly little motivation to make a pipe when you know you won’t be able to smoke it for a while. But a lathe sitting idle isn’t a huge deal. Something that suffered much more was the general cleanliness of my garage. Turns out I only walk around the garage cleaning things (including my workbench) when I have some tobacco burning. A couple of times I walked out to the garage knowing it was time to clean, but as I got started, I just got depressed that there was no nicotine urging me on. Eventually things got, well, bad out there.

An end in sight

At around the 11 month mark I called my insurance company and told them the time was coming where I would be eligible for a review and they were more than excited to schedule the one-year check-up. All of my vitals checked out, I hadn’t meaningfully gained weight or anything, and basically nothing changed except my status as a smoker.

I had been planning for months that first smoke…. er… well, I kept meaning to plan for it, but the truth was, I couldn’t really bring myself to dream about it. What combination of blended leaf would I light first and allow the smoke to swirl around my head in glory? What pipe would I hold and turn over in my hands as I stared off in to the distance? The reality of it all was too wonderful to let myself dream about until it really was time.

So then, when I opened my email one day and found my new insurance policy, I legitimately didn’t believe it. The first thing I did was call several friends and tell them the nightmare was over. Then I called the insurance company to ensure the policy had actually been issued and I wasn’t reading it wrong. After that I was a free man without a plan. Just standing there in front of my stacks of tobacco and all my pipes and trying to figure out how to enjoy all of them. Together. At the same time.

I feared complexity. I feared nicotine. I feared being disappointed. What if tobacco was less amazing than my head had made it out to be over a whole year of waiting?

So I chose something dependable. MacBaren HH Old Dark Fired in a vintage (~50 year old) Missouri Meerschaum Cob. I have written record of my first thoughts as sent to a group of friends. Getting word that I can smoke, "IT’S REAL. I’m so not prepared for this. I think I’m going to cry." And then a few minutes later after lighting my first bowl, "Tobacco is SO much better than raspberry leaves and Kinnickinnic." (Yes, I had resorted to that). 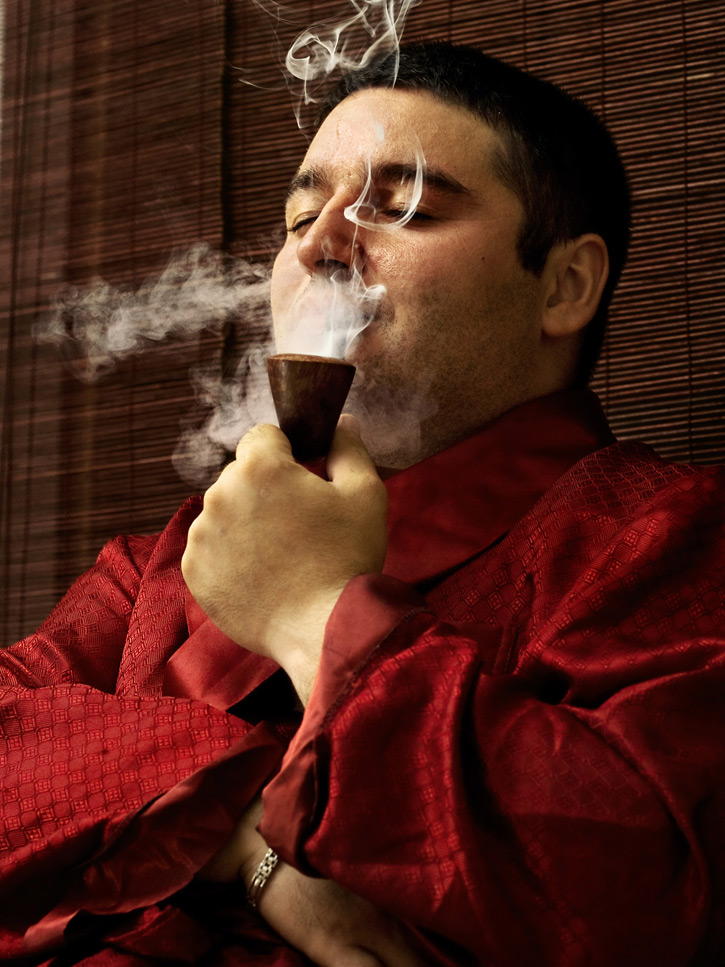 Delving back in to tobacco

I had read about it while away from my pipe, but now I was faced with the reality that McClelland passed on from this good earth while I was away. I had a number of open McClelland tins, and I dove in to those pretty quickly. The first smoke of Blackwoods Flake after a year away from the leaf was every bit as delightful as you would imagine, but when coupled with the knowledge that this particular tin was the last tin I’d ever own, it was bittersweet. Don’t even get me started on my jar of 5100… I can’t hardly bear to open it, let alone pack a bowl of it. There will never be 5100 ever again, and that very tobacco is one of the greatest things that ever happened to me, both in blending, or as a solo act.

My first smoke of a C&D blend was with Chenet’s Cake, something that was a daily go-to for me before I took the year off. It did not disappoint, though my tolerance for nicotine had been substantially decreased. Then I noticed my mouth chemistry has definitely changed. Haunted Bookshelf has long been a go-to, and suddenly I’m getting tongue bite from it, something that never happened before. I can’t tell if I’ve just lost the leathery-tongue I so valued, or if everything really has changed. Thankfully Bayou Morning and Kajun Kake are causing no problems at all.

Peter Stokkebye Luxury Navy and Luxury Bullseye Flake are still hitting the spot when aged (and now everything is at least a year older). I smoked through the remains of a Solani Silver Flake tin in about three days. And I used a cigar cutter to cut off bits of Gawith, Hoggarth & Co. Happy Brown Bogie before throwing it in my pipe and it still puts hair on my chest….

At one point a good friend sent me a message about what he was smoking, and it encouraged me to re-humidify a few blends that had grown dry in poorly sealed tins. This encouraged me to bust out some Daughters and Ryan Rimbroche S.J. and to dive in to an old tin of Samuel Gawith Cabbie’s Mixture (which is now high on my list of things to re-order).

I haven’t purchased tobacco in over a year and still have more than a handful of tins that I haven’t cracked–it’s about time. Two weeks ago, I fired up my lathe and made a pipe—my first in over a year. Today I put the finishing touches on it and stained it.

It’s only been a few months and already the year without tobacco is but a distant memory. Did I survive it? Apparently, the answer is yes. But I sure as hell hope I never have to again.

Life is better with the glorious leaf

With tobacco, yard work is better. Pipe making is better. Going for an evening walk is better. Sitting with a book is better. And since I work from home, virtual meetings are way better. I digest my food better. And I’m generally a happier person.

I’m nearly certain I’ll live longer as a result…. which…. if I remember right, had something to do with why I got started with this whole process in the first place.