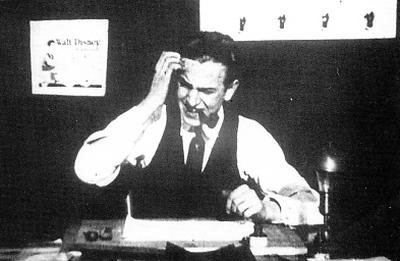 [Editor’s note: After conducting several hours of research, the above photo was the only one that could be found of Walt Disney smoking a pipe. Although he was a chain-cigarette-smoker, and occasional imbiber of the pipe, he avoided smoking when he was in public view, especially where he might be seen by children. The third photo shows him holding a cigarette.]

Walter Elias Disney was born in Chicago, Ill., in 1901, into a hard-working, adventuresome family of Irish immigrants. That he would become one of the world’s great storytellers is not hard to picture. But Walt Disney also became the world’s "imagineer"—an engineer of imagination who created universes of wonder and magic through his cartoons and animated films. His world of whimsy became our world where you dreamed upon a star.

The Disney clan claimed their lineage was linked to the d’Isignys of Normandy. And their coat of arms is further burnished in that the Disneys are said to have come to England with William the Conqueror and fought with him at the Battle of Hastings in 1066, a war that changed the history of England.

And, in fact, the Disney surname survives in d’Isigny today. His earliest known ancestor was Jean-Christophe d’Isigny. The name was later shortened to Disney.

Walt Disney’s family took an Irish tour, then a Canadian sojourn before settling in America. A branch of the family moved to County Kilkenny, Ireland. Arundel Elias Disney was the first of the family to come to America, then moved to Ontario, Canada. 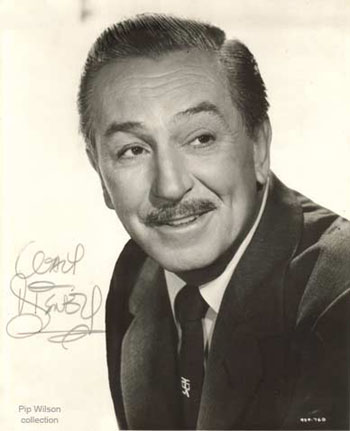 By 1890, Elias, Flora and their growing family arrived in Chicago where Elias hoped to get a job as a carpenter for a gala exhibition—the 1893 anniversary of Columbus’s 400-year-old discovery of America. Chicago planned an exposition to honor the occasion, and the fair meant jobs, especially for carpenters.

Walt Disney was born Dec. 5, 1901, on Chicago’s south side, in the upper bedroom of a house built by Elias, beginning one of America’s great triumphs of achievements through genius and grit.

Early in his life, Walt knew that he loved to be the center of attention. He craved it, in fact. Acting came naturally, even to the point of his enjoying a scold from a teacher. At least he was being noticed and singled out.

He also excelled in drawing, especially cartoons. Despite his family’s penchant for moving—Missouri, Kansas City, back to Chicago—Walt was able to concentrate on his art to the point that many of his school mates would later write of their extraordinary classmate that they knew he would be famous and would be an artist.

Even in France during World War I as an ambulance driver for the Red Cross, Walt continued to sketch and draw. He said he found his ambulance as good a place as any to draw.

He spent a year in France at the war’s end and when he returned home, he had learned the French habit of smoking, something he would enjoy to excess the rest of his life.

In addition to cigarettes, Walt began to smoke a pipe by the time he was 20 years old. Later, after a pipe burned a hole in a pocket, he said pipe smokers were "too slow" and "too laid back." He returned to his three-pack-a-day cigarette habit. 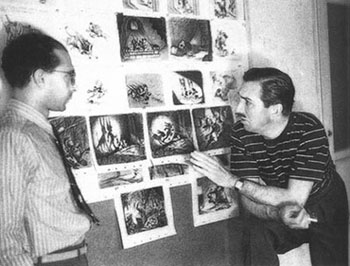 He chain-smoked cigarettes to such a degree that his fingers, one writer said, "calcified" from the cigarettes. Chesterfields and Camels were his cigarettes of choice, but he also smoked Gitanes, a French import brand as well.

Walt Disney rose from obscurity to the most recognized American of his time, and perhaps of any time. His iconic animated characters—especially the most recognized mouse on the planet—have settled into the American lexicon. Mickey Mouse is better known than most U.S. presidents are. Donald Duck, Pluto, Minnie Mouse, Goofy, led the Disney studio into the stratosphere of American pop culture.

One thing he did invent in a big, big way was the amusement/theme park—Disneyland and Disney World. Throw in Resort Hotels by the dozens for good measure. And, according to the website, Yesterland.com, Disneyland also had, yes, you guessed it, a tobacco shop on its Main Street.

The street was built to reflect America in the early 1900s, thus a tobacco shop that sold tobacco, including pipe tobacco, and something else very special: Walt Disney pipes.

And since the tobacco shop was around in the 1950s, Disneyland patrons happily walked about smoking cigarettes, cigars and even their pipes.

That does not happen today. In fact, there are no tobacco shops in the theme parks today, despite the presence of the traditional cigar store Indian.

No cigarettes or tobaccos are sold anywhere in the parks—except in hotel gift shops—and outdoor smoking is severely limited, according to Yesterland.com.

In addition, on the PipesMagazine.com forum board, you will find not only a discussion of Disney pipes, but also actual photos of a beautiful billiard stamped with the "Walt Disney World" logo with famed mouse in the center of the design.

You don’t have to be told twice that a Walt Disney World mouse stamped billiard would be highly collectible today.

Just ask Brian Levine, National Sales Manager at Brigham USA, Charlotte, N.C. He possesses probably the finest Disney pipe collection (see sidebar) extant. What began as a whim has turned into a passion and a show-stopping assortment that has been featured at the Chicago Pipe Show as well as in P&T Magazine.

From reading Walt Disney’s biography, it isn’t crystal clear just how big of a pipe smoker he was. It is absolutely clear that he was a heavy cigarette smoker. 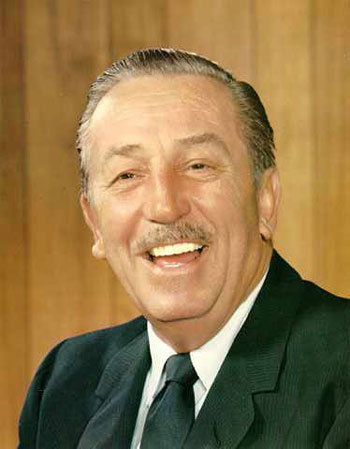 Many of his former employees recall hearing the coughing Walt coming down one of the studio halls. He was something of a snappy critter, a demanding workaholic who did not mince words.

Hearing the raspy cough, workers knew to be on the lookout for the prowling Walt.

Also, at one point in the career of Mickey Mouse, Walt served as the high-pitched voice of the famed animated character. That changed over the years because of Walt’s heavy cigarette smoking habit.

The type of tobacco Walt Disney smoked in his pipes is not easily discerned, either. However, in one bio, his artist buddies, always full of pranks, would shave off some pieces of rubber from their art erasers and sprinkle the shavings into Walt’s pipe tobacco pouch.

More than likely, Walt favored pipe tobacco that closely resembled the combinations found in his cigarette brands, which would have been perhaps a blend of burley, Virginia bright leaf and Turkish.

It is also highly likely that pipes played an important role in the great animator’s ability to handle all the stress that arose from his megalithic entertainment empire.

When he died in 1966—attributed to acute circulatory collapse after recent surgery for removal of a lung tumor—the wide flung Disney entertainment enterprises were bringing in an estimated $100-million a year.

At the time of his death, Walt Disney was supervising the then new Disneyworld in Florida, a ski resort in Sequoia National Forest and the renovation of the 10-year-old Disneyland at Anaheim.

The New York Times said Disney was singular in genius and talent: 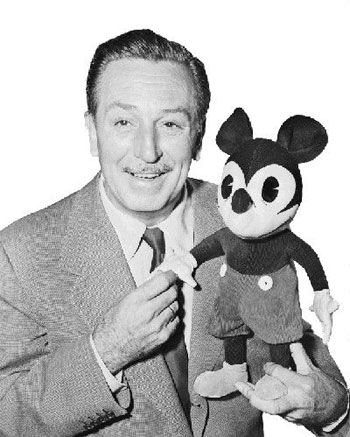 "From his fertile imagination and industrious factory of drawing boards, Walt Elias Disney fashioned the most popular movie stars ever to come from Hollywood and created one of the most fantastic entertainment empires in history."

"In return for the happiness he supplied, the world lavished wealth and tributes upon him. He was probably the only man in Hollywood to have been praised by both the American Legion and the Soviet Union."

"Where any other Hollywood producer would have been happy to get one Academy Award—the highest honor in American movies—Mr. Disney smashed all records by accumulating 29 Oscars."

"David Low, the late British political cartoonist, called him ‘the most significant figure in graphic arts since Leonardo.’

"Mr. Disney went from seven-minute animated cartoons to become the first man to mix animation with live action, and he pioneered in making feature-length cartoons. His nature films were almost as popular as his cartoons, and eventually he expanded into feature-length movies using only live actors."

The Disney legacy, of course, continues like the juggernaut Walt constructed from the humblest of beginnings.

Walt Disney’s dreams, like a "bolt out of the blue," rode in on a dream star that shines as brightly today as it did the first day of his life.