Tobacco Taxes Steadily on the Rise 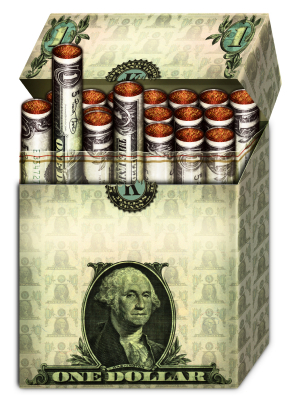 There seems to be a never-ending assault on tobacco. As if all the anti-smoking laws that get passed every day are not enough, and then S-CHIP on April 1st, now we have various states increasing taxes on tobacco, including pipe tobacco.

The Florida Senate passed a tobacco tax proposal Thursday that adds $1 to a pack of cigarettes and $1 an ounce to all other tobacco products. This was surprising with all of the cigar manufacturers based in Florida, mostly in Miami and Tampa.

The Cigar Rights of America (CRA) held a protest rally last Tuesday that originally resulted in a promise of special treatment for cigars, but Tampa Sens. Victor Crist, a Republican, and Arthenia Joyner, a Democrat, withdrew an amendment creating the cigar exemption after being reassured that it would be a priority in the Senate’s budget negotiations with the state House.

So much for promises.

MORE READING  Passing of a Giant

Growers say some tobacco buyers are cutting back orders by as much as 25 percent and, in some cases, trying to renegotiate existing contracts to buy less than originally agreed, according to a report from the Associated Press.

Earlier in this recession it was reported that the sales of tobacco and alcohol were one of the only areas that were maintaining while sales of almost everything else declined. Now the reports are different. Every day there are news reports of retailers reporting lower sales of tobacco. Due to increased Federal taxes coupled with increased state taxes, the government has finally succeeded in knocking back sales in one of the only areas that was still doing good in the recession.