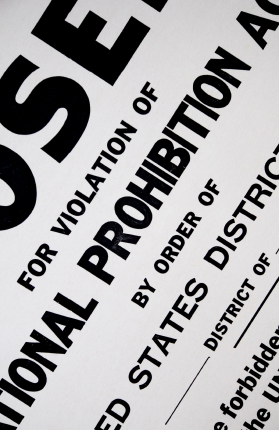 Some great philosopher … who was so famous his name now escapes me … once said that "life wasn’t meant to be easy" and if you’re a pipe smoker here in the United States then you’re about to find that no truer words were ever spoken. If you thought that we smokers here in the United States had it tough recently then you’re about to discover that what we thought was tough was really quite easy.

In other western countries smoking is quite heavily regulated – just like here in the United States – and there are places where you can and can’t smoke but none of those western countries have any regulations that are going to be anywhere near as tough as what is headed our way when the Family Smoking Prevention and Tobacco Control Act is passed and ultimately becomes law.

On the surface it seems that all this Act is going to do is pass control of tobacco products from the Bureau of Alcohol, Tobacco and Firearms to the US Food and Drug Administration. If all you’ve taken is a cursory glance at the legislation you may be wondering what all the fuss is about but the fact is that this draconian Act … and it really is draconian … is going to throw smokers’ freedoms out the window and perhaps even allow the Food and Drug Administration to declare tobacco to be an unsafe and addictive drug.

If tobacco is declared to be an unsafe and addictive drug then it becomes illegal and you don’t need me to tell you where that leaves us pipe smokers. It’s social reform by a minority through legislative process and it will leave us on the wrong side of the law!

Here’s more …"Requires manufacturers and importers to comply with record keeping and reporting requirements established by the Secretary, such as informing the Secretary of any information that reasonably suggests that a marketed tobacco product may have caused or contributed to a serious unexpected adverse experience." This unnecessarily increases the resources manufacturers and importers will need, which will directly effect that prices of tobacco, once again pushing them up.

And why is this draconian … and un-American law being pushed through Congress? Well it seems that on one level the President would like to give up smoking and on another level we need to be doing something to "protect the children." (Read the name of the law again – Family Smoking Prevention and Tobacco Control Act).

Now isn’t that last point a catch-cry that we see every time someone wants to take away more of our freedoms? And how is this legislation going to protect the children?

Well it seems that there are some who firmly believe that children are attracted to tobacco because of the flavors that some manufacturers add to their product. So the new Act will specifically prohibit the inclusion of any additives that may enhance the taste of the tobacco. And just to make sure that we get the point about these additives the Act includes an extensive list of taste enhancements that are specifically prohibited.

Some of those taste enhancements or flavors include vanilla, licorice, cocoa, chocolate, coffee, cherry and even strawberry and of course that’s where the act really strikes at people who enjoy a good pipe tobacco.

More than half of the pipe tobacco that is currently on sale has added flavoring … just run your eyes over any pipe tobacco section in any tobacconist and you will see the mention of the flavor that various blends of pipe tobacco have. Smoke one of those fine blends that have had a flavor added to it and, if this law passes, you’ll be smoking something that is illegal. Of course the people pushing this legislation never stop to think that these products aren’t marketed to children, not only for moralistic reasons, but it also doesn’t make economic sense even if it was moral and legal. They don’t have the money to buy the products anyway.

Suddenly our favorite pastime … that peaceful and reflective time that we can spend with our pipe and a fine blend that includes one of those specified flavors … will be illegal and that puts us in almost the same situation as some pot or opium smoker who half expects the police to come knocking on his door.

The sale of tobacco products is coming under more control too and, although the Act will need to be clarified, it does seem as though we could lose our tobacco shops … those wonderful places that we pipe smokers can spend a pleasant hour or more every now and then looking at new blends.

Right now those shops are perfectly legal and perfectly respectable too but, under the new Act, the Secretary of the FDA can, with a stroke of pen, prohibit individual stores from selling tobacco products. That’s just as effective as putting a padlock on their front doors.

Can you see what this Act will end up doing to those of us who enjoy a good pipe tobacco? It will force us to do something illegal … it will take us back to those crazy days of the Prohibition when the Government wanted to stamp out the consumption of alcohol.

If it didn’t work for alcohol back then do they really think that they can get it to work for tobacco now?

Do they really think that by imposing legislation on us that is so un-American they will really have any hope of cutting back on the supply and consumption of tobacco? Why, they can’t even keep Cuban cigars out of the country so why do they think they can tobacco out of the country? Plus, what would happen with all the farm land that already grows it right here? I know this sounds absurd and there’s a reason for that … because it is absurd! However, don’t let that make you think it isn’t coming.

Of course they’re going to try and by doing it in the name of the children so they can try to make anyone who opposes this Act look bad. They’ll succeed too if we don’t do something about it right now … right now we need to make our voices heard!

We need to push back against this incursion into our rights and freedoms and we need to start doing it now. If you enjoy smoking a pipe then you need to take the issues up with your representatives in Congress.

They need to hear your voice on this and they need to hear it now so write to them … email them … call them… now! Do whatever it takes to make sure that they are aware that the Family Smoking Prevention and Tobacco Control Act is an attack on the rights and freedoms that you are entitled to as a citizen of this great country. Do whatever is necessary to make them understand that you expect them to protect your rights as an American citizen.

And do it now before it’s too late and before the manufacture of your favorite pipe tobacco becomes illegal!

Here are some useful links: