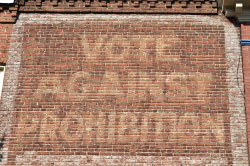 Columbus, Georgia – According to the International Premium Cigar & Pipe Retailers Association, the news media and general public are being duped into widely reporting and believing a new tactic of many tobacco prohibitionists who are issuing so-called post-smoking ban studies that supposedly show declines in illnesses like heart attacks.

The IPCPR cited studies reported by the Mayo Clinic in Minnesota and the states of North Carolina and Oregon that have been shown to be either false or misleading. The association’s position is based on analyses by Dr. Michael Siegel, a professor of social and behavioral sciences, mass communication and public health and public health advocacy in the Masters of Public Health program in the Department of Community Health Sciences at the Boston University School of Public Health in his blog http://tobaccoanalysis.blogspot.com.


"Although we disagree with Dr. Siegel’s position on smoking bans – he favors them, generally – we agree with his commitment to facts and truth over spin and self-serving rhetoric," said Bill Spann, CEO of the IPCPR which represents more than 2,000 manufacturers, distributors and retailers of premium tobacco products and related accoutrements.

"For example, the Mayo Clinic reported finding a 45 percent reduction in the rate of admissions for heart attacks in Olmsted County, Minnesota. Prohibitionists led the media to believe the decline was directly attributable to the smoking ban. Not likely, according to Dr Siegel. What the Clinic failed to report was that the rate of heart attack admissions for the entire state of Minnesota during the same time period was down 33 percent," said Spann.

"… I believe the Mayo Clinic investigators … deceived the media and the public by failing to disclose the striking decrease in heart attack admission rates in Minnesota as a whole during the study period…. ," said Dr. Siegel.

"Finally, Dr. Siegel refers to the state of Oregon and shows that there was no change in the rate of decline in heart attacks in Oregon during the first year of the implementation of the smoking ban," Spann said.

"The rest of the story is that the data from Oregon do not support the conclusion that the statewide smoking ban led to an immediate and significant decline in heart attacks, as claimed by anti-smoking researchers and groups," Dr. Siegel wrote in his blog.

"The ‘infantalization’ of America is happening right under our noses. Our supposedly representative form of government considers its citizens to be children incapable of making informed decisions. In their minds, our choices need to be made for us by ‘those who know better.’ These people have an agenda with a foregone conclusion, and will not let proven empirical standards interfere with stated dogma. It is out of control and needs to be stopped at the ballot boxes across this great land," Spann said.

Spann suggested that the media and general public should be skeptical of all statistics and epidemiological studies regardless of their source and look beyond the data to determine for themselves if the reports are true and accurately reflect the facts.

"Prohibitionists often find it irresistible to pull numbers out of the air and make wild, unsupportable assumptions in order to promote their objectives of running other people’s lives," said Spann. "Average Americans can stop this; all they need to do is stand up and be heard."