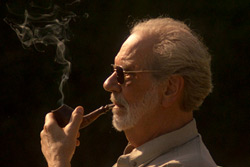 Mirror Darkly today announces the world premiere of FATHER THE FLAME, a documentary about the legacy of the tobacco pipe, at the 54th Chicago International Film Festival (October 10-21, 2018). Chad Terpstra, a Michigan-based cinematographer, makes his feature directorial debut with this cinematic exploration of the tobacco pipe, long a symbol of contentment, through the window of its sacred origins and meticulous craftsmanship. FATHER THE FLAME screens Friday, October 12 at 6:30p and Sunday, October 14 at 11:30a at the Festival’s primary venue, AMC River North (322 E. Illinois St.).

FATHER THE FLAME follows Lee Erck, a world-renowned pipe maker from far Northern Michigan, as he travels the globe to explore the nearly forgotten art of tobacco pipe making. Along the way is a charming cast of characters, including the “royal family of Danish pipemakers” and the patriarch who helped shape the industry; the Italian briar root cutter known as the world’s greatest source for the raw material used to make handcrafted pipes; and a fourth-generation Native American pipe maker who carries on his ancestors’ sacred traditions. Ultimately the story of a slower pace of life, a luxury in our sped-up world, FATHER THE FLAME is a contemplative, hypnotic film that immerses the viewer in the cultural and spiritual significance of the tobacco pipe and what it can teach a modern generation about legacy and the things we leave behind. 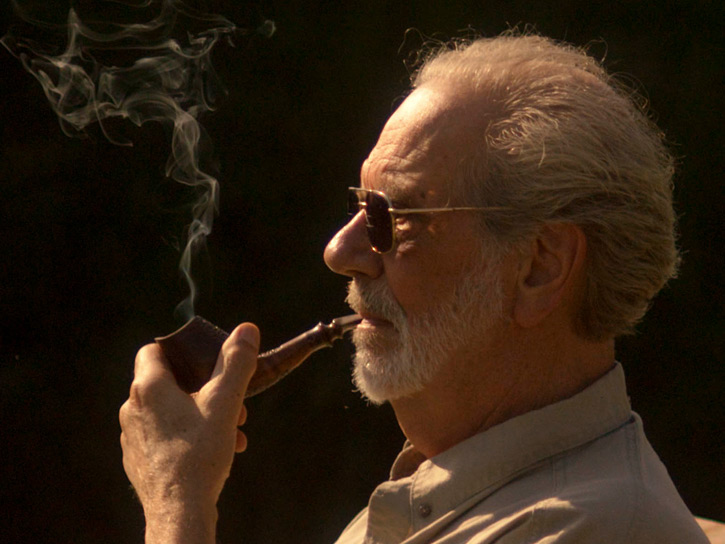 Terpstra, a director and cinematographer of independent and commercial films, has worked all over the world; his documentary work has screened at SXSW, Telluride, AFI Docs and Palm Springs film festivals.

Together with wife Stellita Bouma Terpstra, a producer on FATHER THE FLAME , the two founded Mirror Darkly in 2011 to create meaningful and thought-provoking media that defies expectation.

ABOUT MIRROR DARKLY
Mirror Darkly was formed in 2011 by husband and wife team Chad and Stellita Terpstra, with the goal of creating meaningful and thought-provoking media that defies expectation. With Chad bringing a background in cinematography and Stellita a background in law, they hope to foster an honest and independent voice for filmmakers looking to step off the beaten path. As their first endeavor, Father the Flame , fits perfectly in this category as a film that challenges the common conception of pipe smoking and uses the occasion to think deeper on life’s core questions.