Dick Silverman won the 2012 John Cotton Throwdown judging at the Chicago Pipe Show a few weeks ago, and he now his award winning blend is available for purchase.

Dick has been a retail tobacconist and tobacco blender for over 30-years. His store is Chief Catoonah Tobacconist.

Dick tells how he chose the name for what was entered in the contest as "Blend Y".

"John Cotton, born in 1801, established his famous Scottish tobacco shop in 1826. While the store moved around Edinburgh many times over the following years, the most famous address by far was on Princes Street. By the time of his death in 1868, John Cotton tobacco blends were sold all over Scotland. In the decades that followed, John Cotton’s wonderful smoking mixtures became available throughout the world.

So, fill your pipe, carefully light the tobacco, sit back and slowly smoke this mixture. Perhaps, if you close your eyes for a moment, you can see the streets of 19th century Edinburgh and let you mind wander into John Cotton’s Tobacconists shop." 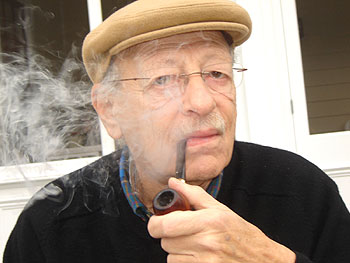