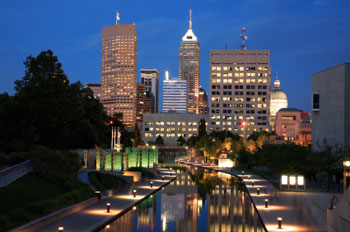 Last session, a smoking ban failed to pass Indiana’s General Assembly. Nonetheless, news reports cite Daniels’ belief that a new bill could pass in the next session, prior to the end of his term.

"People are getting fed up with government telling them what they can and cannot do. Hoosiers are no different: they want choice, not Big Brother," said Chris McCalla, legislative director of the IPCPR.

"There are few things more anti-business, anti-employment, anti-consumer and anti-choice as legislated smoking bans," said McCalla. "We are all for business owners being able to decide the smoking policy for their establishments. But when the government tells its citizens what to do, it is going too far. Legislated smoking bans put businesses at risk, jobs in jeopardy, hurt local economies, and leave consumers with no choices."

"If a smoking ban in gaming establishments could negatively impact an industry which generates huge tax revenues for the state, it should be obvious that it could also hurt many other businesses as well.

Furthermore, veterans, members of fraternal clubs as well as those Indiana constituents in nursing homes and other assisted living facilities should be allowed the same freedom of choice that other Hoosiers enjoy," he said.

"Even the Federal Reserve Bank, using data from the Bureau of Labor Statistics, has officially noted the negative impact on businesses and jobs that such bans have on local and statewide economies," said McCalla.

McCalla explained that legislated smoking bans are not only unnecessary, they attack the personal rights of smokers and non-smokers, alike. It is the right of every business owner to declare the smoking policy of their business, he asserted.

"It is not up to government to make that decision," declared McCalla, "and customers can decide for themselves if they want to patronize a place that does or does not allow smoking on the premises," he added.