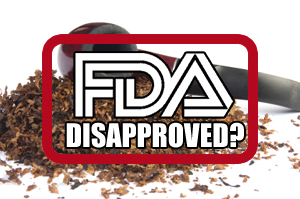 An ethics watchdog group filed a challenge on Monday against two members of a new federal advisory committee for tobacco product safety, saying they should be disqualified because they are consultants for drug companies that make smoking cessation products.

"Everybody hates the tobacco companies, but favoring the drug companies can’t be the answer," Melanie Sloan, executive director of Citizens for Responsibility and Ethics in Washington, said in an interview after filing the complaint with the inspector general of the Department of Health and Human Services.

She said the two panelists’ ties to smoking cessation businesses would undermine public confidence in regulation of the tobacco industry, which came under the purview of the Food and Drug Administration with the federal tobacco law passed last year.


The same two panelists were the targets of a challenge in March by the Altria Group, owner of Philip Morris, the nation’s largest tobacco company. The F.D.A. rejected Altria’s complaint, saying it had selected qualified members and would manage any potential conflicts case by case as it did on other federal advisory committees. "Tobacco cessation drugs are not regulated by the Center for Tobacco Products," Meghan Scott, an F.D.A. spokeswoman, said Monday.

The new complaint came as a subcommittee of the panel, the Tobacco Products Scientific Advisory Committee, prepares to meet Tuesday and Wednesday to list the harmful constituents in tobacco products. In July, the full committee plans to consider whether the F.D.A. should regulate or perhaps even ban menthol in cigarettes. The committee also plans to discuss how and whether the F.D.A. should regulate smokeless tobacco products that dissolve in the mouth.

The composition of F.D.A. advisory panels is often a testy issue for companies and activists alike. Because the tobacco center is a new part of the F.D.A., its membership has been under particularly close scrutiny.

One of the panelists, Dr. Neal L. Benowitz, a professor of medicine at the University of California, San Francisco, is a drug industry consultant on treatments to help people stop smoking.

"I really don’t see any conflict," Dr. Benowitz said Monday. "My involvement with pharmaceutical companies is aimed at reducing the risk of smoking, quitting smoking. The aim of the committee is also to reduce the adverse health consequences of tobacco use."

Dr. Benowitz was a senior scientific editor of the 1988 surgeon general’s report on nicotine addiction. He consults for Pfizer, makers of Chantix, a prescription pill that aims at nicotine receptors in the brain.

The other panel member challenged by the watchdog group, Jack E. Henningfield, is an addiction expert who holds a share of a patent in a nicotine gum product under development. He did not return messages seeking comment on Monday.

Mr. Henningfield is a vice president at Pinney Associates, a Bethesda, Md., consulting firm for drug companies, including GlaxoSmithKline, makers of nicotine gum, lozenges and patches. He has also worked at the National Institute on Drug Abuse.

Dr. Benowitz and Mr. Henningfield have both testified against tobacco companies in many trials, including a racketeering lawsuit brought by the Justice Department.

In March, Altria sent a 16-page letter of complaint asking the tobacco center to withdraw the appointments of four of the nine voting members of the scientific advisory panel, saying they had "irreconcilable biases." Altria said Dr. Benowitz and Mr. Henningfield were each currently listed as expert witnesses in more than 100 cases against tobacco makers. Ms. Sloan of the ethics group said the F.D.A. reply to Altria was "incredibly dismissive." She attached the Altria letter and F.D.A. reply to her own complaint.

"We just thought the financial conflicts were clear," said Ms. Sloan, a former assistant United States attorney in the District of Columbia. "The F.D.A. has not explained how these are unavoidable conflicts."

The tobacco law requires that voting members of the advisory panel have no financial ties with tobacco makers. The tobacco industry is represented by three nonvoting members – itself a source of controversy with some antitobacco activists, who say the industry should have no seat at the table.

At least one anti-tobacco advocate said he thought the challenge by Ms. Sloan’s group was off base.

"They do a lot of good work, but they absolutely got this one wrong," Stanton A. Glantz, a professor of cardiology at the University of California, San Francisco, said Monday.

Professor Glantz added: "Those are two of the world’s experts, and we need to have people in there who are not going to get snookered by the industry, falling for a bunch of phony pseudoscience. To deny the F.D.A. that expertise would be terrible."

Updates from the FDA Center for Tobacco Products

Background materials for the June 8-9 meeting of the Tobacco Constituents Subcommittee of TPSAC are now available. Read more…

On Wednesday, May 26 from 10am-6pm EDT, CTP is hosting a Web Dialogue to engage the tobacco retailer and tobacco control communities in the development of a retailer education campaign. Learn more and sign up to participate…

If you have questions for CTP, please visit the FDA website at www.fda.gov/tobacco, call 1-877-CTP-1373, or email AskCTP@fda.hhs.gov.