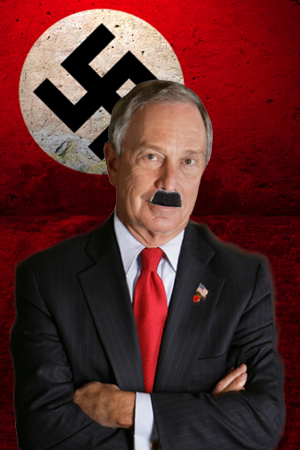 New York City Mayor Michael Bloomberg is one of the largest foes of personal choice, individual rights and freedoms, and luxury tobacco.

This year alone, all flavored tobacco, (including cigars, and pipe tobacco) has been banned in New York City, taxes on tobacco have been raised to 75% from 46%, and now Bloomberg wants to ban outdoor smoking.

After the new taxes passed, prominent, well-known luxury tobacconist, Uptown Cigar closed it’s doors and moved to Florida as an internet only business. After nearly 14 years in Kingston NY, Uptown Cigar Company decided to relocate to Florida and close its retail store effective June 30, 2010. Uptown Cigar Company was opened as a neighborhood, family owned and operated cigar store and has grown into one of the cigar community’s premiere retail and online destination sites for quality tobacco products and superior customer service.

Owner Michelle Tuchman announced the relocation with regret. "I am a New York resident and have been privileged to serve customers both from within the state and across the world through our online presence. However, the rising costs of doing business here in New York no longer allow me to offer my customers a competitive experience and we are forced to move our thriving business to Florida where the accumulated taxes and fees are reasonable."

When Uptown Cigar Company was founded, New York State’s excise tax on tobacco products was at 20%. Over the years, the industry in New York saw the tax increased first to 37% and then to 46% – far outpacing the tax rates in other states. This year’s Executive Budget advanced by Governor Paterson proposed to increase the already uncompetitive excise tax rate to 90%. It was finally approved at 75%.

"When I close my store, regrettably I will be forced to lay off 2 full time and 1 part time employees and leave yet another vacant retail space in Kingston," said Tuchman. "This is, however, the only way I can continue to serve my clients with an even better selection and better prices. Sadly, I think Uptown Cigar Company may be the first tangible casualty of the state’s unending appetite for tax and fee increases."

Uptown Cigar Company will continue to be found at our updated, secure website, www.uptowncigar.com and toll-free number 877-238-1172. Israel Markevitz, aka Uptown Isy, will be moving along with the business, and will be available to help our loyal customers enjoy their favorite smokes as they have for the past 14 years.

So, now Bloomberg wants to ban outdoor smoking at parks and beaches. (NY Times: Mayor Leans Toward a Smoking Ban at Parks and Beaches)

Bloomberg is a longtime smoking foe, but now he is also reasoning that this law is needed because people litter the beach with cigarette butts. Industry trade group, IPCPR asserted, "There already are littering laws that take care of that concern. Enforce the laws already on the books before you create meaningless and damaging new ones."

Legislation to control or manipulate personal lifestyle choices is wrong.

It’s nobody’s business what any of our personal lifestyle choices are.

Do you sometimes enjoy French fries, Hamburgers, or Hot dogs? How about soda? Beer? Wine?

An argument could be made that none of those things are good for you just like tobacco use is said to not be good for you. Maybe one of your favorite things will be next on the list of banned personal lifestyle choices.

It is Fascist to force someone’s lifestyle choices.

While Bloomberg and City Health Commissioner Dr. Thomas Farley make their health and sanitation arguments, the tobacco industry asserts that small shops that employ thousands of workers will be hurt if the places people can smoke are limited.