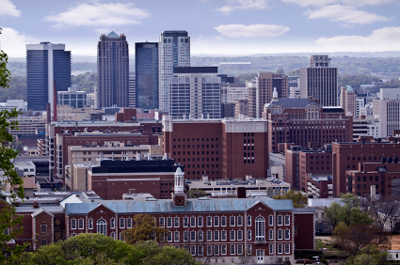 Birmingham, Alabama – The anti-tobacco forces in Alabama are gearing up to launch a well-orchestrated effort to spread their questionable claims regarding secondhand smoke, according to the International Premium Cigar & Pipe Retailers Association. The IPCPR says the well-funded tobacco prohibitionists are buying breakfasts, lunches and dinners for Alabama opinion leaders in Dothan, Montgomery, Gadsden, Anniston, Huntsville, Birmingham, Tuscaloosa and Mobile this month in hopes they will pressure Alabama legislators to deprive business owners of their rights to decide for themselves whether or not to allow smoking in their establishments.

"Legislated smoking bans, for whatever reason, are unnecessary and inexcusable. They deprive business owners their right to make such determinations on their own. Beyond that, however, the anti-tobacco forces attempt to falsely justify their claims based on bad science, overreaching conclusions and ridiculous assumptions," said Chris McCalla, legislative director of the IPCPR, an association of some 2,000 tobacconists and related small business owners.

McCalla cited several examples of such misstatements expected to be raised at the various meal events.

"The United States Surgeon General’s office claims that ‘even brief exposure to secondhand smoke can cause cardiovascular disease…’ and ‘inhaling even the smallest amount of tobacco smoke can also damage your DNA, which can lead to cancer.’ These statements are simply not true and there is certainly no evidence to support them," said McCalla.

McCalla also cited claims made by the University of Kentucky that "even brief exposure to secondhand smoke can trigger a heart attack…." and that "non-smokers exposed to secondhand smoke for just 30 minutes experience hardening of the arteries," as claimed by the Florida Department of Health.

"Those are outright lies," he said. "If those or any other points are brought up by the anti-tobacco people, do not accept them outright without seeing the evidence on which the statements are based. For too long, the general public has been duped by wild accusations which, made often enough, are accepted without challenge."

McCalla added, "Business suffers and jobs are lost under legislated smoking bans. That was proven by the Federal Reserve Bank based on data from the U.S. Bureau of Labor Statistics. Also, safe levels of secondhand smoke have been set by the Occupational Safety and Health Administration (OSHA) and they are 25,000% safer than actual air quality levels normally found in bars and restaurants that allow smoking."