A Fire Storm is Brewing 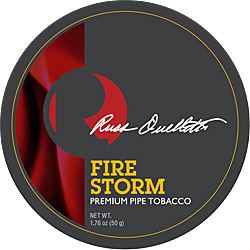 There is a new storm a-brewing. No, not like the one that hammered the East Coast like a punching bag last week. This storm is the new tobacco blends being cooked up in the laboratory of the master pipe tobacco blender, the maestro of tobacco, Russ Ouellette of Pipes and Cigars fame.

And do not think this is just another blend you will buy and maybe think of putting in a cellar somewhere and forget about until one day you pull it from the back of the shelf, or out of a cardboard box.

The reason for special attention is because this new tobacco blend carries the name of Russ Ouellette: The RO Series.

In other words, the mother of all signature blends is in the works from one of the finest, if not the finest, tobacco blenders on the globe.

The first blend rolling out of the Ouellette lab and into the tins is a mixture Russ has named "Fire Storm." … And for good reason.

Here is how Russ describes it, then we’ll get a little more background:

"The first one (Fire Storm) is a Virginia-Perique blend that has some dark fired (Kentucky leaf). The Virginia’s are the same Virginias that are in (Hearth & Home Signature) Anniversary Kake."

It’s the first time since Russ created Anniversary Kake that these same Virginias have been used in another Ouellette blend. The only difference for Fire Storm, he says, is that "the perique is cranked up to 20 percent."

In fact, the way the blend smoked is what gave Ouellette the idea for the name. "The blend starts out sweet and it builds all the way through the bowl. It’s very complex at the end, very peppery."

Ouellette says his new RO blends are an "evergreen" series, meaning that once the blends start rolling off the assembly line they will be continuously available. However, some of the new RO blends will also have one-of-a-kind runs of 1,000 to 1,500 tins. These will be created when Ouellette discovers a special tobacco in his travels. 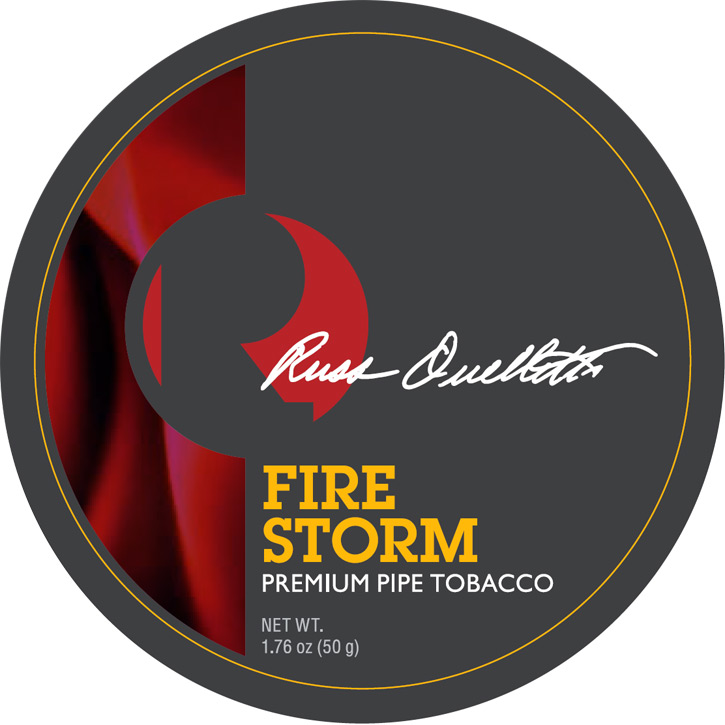 Ouellette says as of now, there isn’t a set number of blends that will be produced under the RO Series banner. "It’s just when I come across some unusual tobaccos," he muses. "We have no idea the number that we’ll produce."

But have no fear, Ouellette’s fertile mind for tobacco recipes will keep the series alive. He heads out in March to locate new leaf. "If I come across something interesting, we’ll have a second blend ready by the summer," he says.

His hunting and gathering tobacco travels will take him across America’s tobacco-producing states. Fire Storm will be ready in about one month, Ouellette says.

As for the new baby in the RO stable, Ouellette says since it has his name on the label, "I want it to be something out of the ordinary. I don’t want anything less, otherwise I wouldn’t put my name on it."

Fire Storm has another dynamic going for it. "This one I blended to my tastes (like the H&H Marquee Magnum Opus). I like a more robust flavor and the perique gives this a livelier and fuller body and that is what I prefer." Fire Storm is a ribbon cut, allowing the flavors to bloom, he says.

"Ribbon cuts allow a little more oxygen and this really brings out the sweetness. The flavor will be deep enough because of the Perique and dark fired Kentucky. "This is just a totally different genera of a Virginia/Perique blend. "The thing I find with Virginia/Perique blends is that they tend to be either sweet or spicy. What sets Fire Storm apart is that it starts out sweet and then becomes spicier.

"It develops a complexity and by the time it gets to the bottom, there is a peppery note."

Get ready for the storm. It’s on the way. 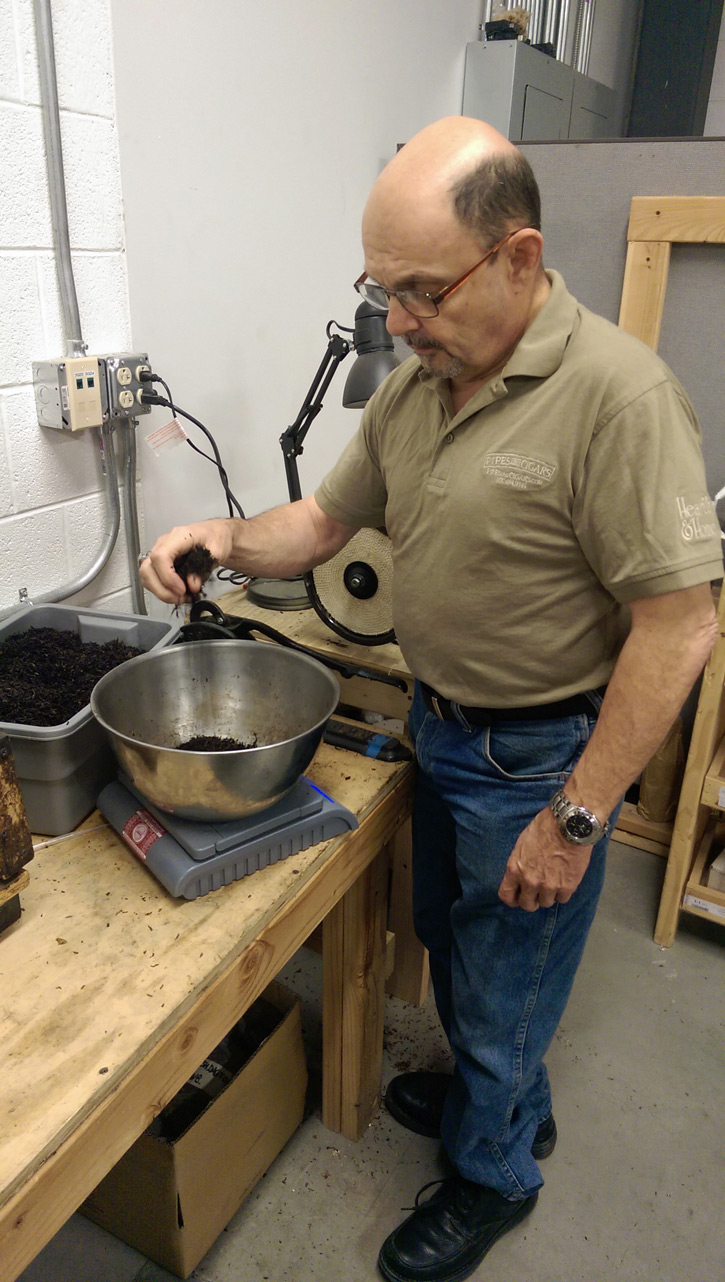 Russ Ouellette in the shop working up a blend.