The Virtue of Persistence 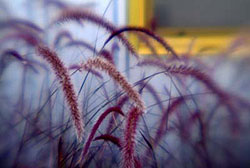 It’s an absolutely gorgeous morning. Spring is sprouting all round, with wildflowers of all sizes and colours punctuating the green and gold of the open field across the street, and the weeds in the back yard have effortlessly achieved dog-camouflaging heights. The air is clean and fresh from recent rains, the delicate blue of the sky is veiled with a few soft, wispy clouds, and I’ve just enjoyed an absolutely, and somewhat unexpectedly brilliant smoke from a pipe with which I’ve had a very rocky relationship for a couple of years.

I had been instantly seduced, or at least smitten by this pipe when I saw it on a tobacconist’s website. It was a shape I collect from a maker whose pipes, for the most part, have offered excellent performance. It was beautifully cut, and sported a rare and unusual finish. I wasn’t planning on buying a new pipe, but as soon as my eyes fell on it, I had to have it, made a call, and a fairly painless trade was negotiated. Everything should have marked the beginnings of a great friendship, but a few bowls into my ownership of the thing, I realized that simply was not to be the case. From the outset, this new beauty vexed me. Maybe I should have given up on it early, traded it to someone with more patience, or for whom the pipe might show more kindness. More than once, after all, I’ve gotten rid of a pipe that just didn’t taste right to me, always telling its prospective new owner so, only to have them subsequently report that it was a great smoke for them. Different horses for different courses.
But, for some reason, this one just would not allow me to let it go. Every time I thought about trading it off, I couldn’t bring myself to do it. I’d look at it, and recall a particular Castello, an extraordinarily beautifully cut Sea Rock 2k bent bulldog, that, for two years, irrespective of what tobacco I filled it with, stung me like a mouth full of wasps. Finally, one day, it matured into a fantastic smoke; it was one of those pipes that I often read stories about from guys who say their best smokers often are the ones that were the most difficult to break. I’m rarely so indulgent of briar’s sometimes cruel follies. (In fact, I was so fed up with that pipe by the time it had come round, I traded it away in a foolish fit of vindictiveness. To this day, I wish I could find another just like it. And, to this day, I sometimes wonder if I need psychological help for the strange relationships I seem to develop with some pipes, but I suspect I’m not alone there.) The memories of that bulldog informed my decision to keep working with this one, even in those most frustrating moments when I was convinced it would simply never improve.
And, truthfully, even the early smokes weren’t completely bad. It’s smoking dynamics, the way it burned the tobacco, have never been an issue. It’s always smoked effortlessly to the bottom, has never gurgled, and it’s really been remarkably civilized from a thermodynamic perspective. It’s never shown any sign of hot spots, no strange darkening in or on the bowl, and it developed a nice cake easily enough. In fact, there were never any genuinely “off” flavours, but rather just a rowdy harshness that persisted from bowl to bowl. I tried everything. Blindly chasing a deja vu idea that, like that old bulldog, this pipe would suddenly turn a corner, I smoked different styles of tobaccos, hoping to find one that would be simpatico with the briar’s peculiarities. I tried different packing techniques, different smoking cadences. I even approached it like an estate pipe, deep cleaning with alcohol and activated charcoal. Nothing worked. It began to seem that I’d be locked in an eternal, Sisyphean struggle with this one.


I remember years ago, on a Saturday afternoon in the back room of Drucquer’s, when, as a neophyte pipester, I was having a similar argument with a “difficult” pipe, and one of my early mentors offered some advice that seemed to fly in the face of everything I “knew” to be correct. It was a lovely old Dunhill, one that took a lot of wheeling and dealing for me to acquire, and I really liked the thing, but it stubbornly refused to deliver the delicious smoke I was expecting. Certainly, after all its years of use, the briar must have been well seasoned, and it should have tasted much better than it did. It wasn’t tainted, or foul, but bland, and completely unremarkable. It just wasn’t the great smoke that I’d been led to believe I could expect from a patent era Dunhill. “Eric,” I asked, as he sat in the big chair he always claimed, serenely cleaning and polishing his own pipes, my pipe guru on the mountain top, “what can I do to make this thing come round?”
He looked up from his work, first, over the top of his spectacles at me, then through them at the Dunhill, and revealed his deep secret of pipe smoking Zen mastery. “Smoke the hell out of it.” He went on. “Smoke it again and again, and when you think you’ve smoked it too much, smoke it some more.” I’d been led to believe that this would ruin a pipe, but this guy had earned his robes long before I’d joined the club, and I didn’t have much to lose, so I figured I’d have a go. Eric was right. After a couple dozen bowls, smoked in what I’d previously have considered far too rapid a succession, something I’d learned to think of as pipe maltreatment, if not full scale abuse, the thing almost magically metamorphosed from caterpillar to butterfly.
So, I found myself, all these many years later, with another pipe that I really wanted to like, but that steadfastly refused to cooperate. I’d smoked it many times, each time giving it what I considered to be appropriate care. I cleaned it dutifully, gave it rest, kept the cake trimmed neatly and evenly to my preferred 1-mm thickness. There was some improvement over time, but mostly it continued to offer a rasping and shrill smoke, not the deep, richness that I want and expect from a great pipe. Again, not wanting to, but almost ready to give up on it, and wondering what to try next, Eric’s words echoed in a nearly holographic projection. “Smoke the hell out of it.”

Choosing a tobacco that I have an intimate familiarity with, one that I know to be more forgiving than most of a brash briar’s bad behaviour, I became pipe smoking’s Inquisitor, and set out to either drive the devil out of the thing, or kill it in the attempt. The pipe balked. A couple of times, it threatened to drown itself in gurgling goo. Its head spun round. It spat at me, and it called me names in a terrifying voice. I persisted. When I thought it was finally taming, it would turn on me and bite. It seemed hopeless. Then, one day, after more than a week of this daily routine, the transformation happened, I had a fabulous smoke, and that’s where this tale started.
Was it worth the effort? Absolutely, at least in this case. Not every stubborn pipe will rise like a Phoenix from desperation’s dottle, but when one does, the investment spent is a small price to pay for the many years of enjoyment the future will bring. And, isn’t patience one of the lessons pipe smoking is supposed to teach us?
Your turn.
-glp
Photos courtesy of and © Gregory L. Pease. Used with permission. All rights reserved.
Post Views: 355
MORE READING  It's Not That Simple
PipesMagazine Approved Sponsors