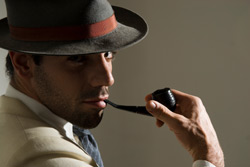 Some years ago, a certain tobacco, one that was evidently quite popular, highly regarded, and fairly readily available, routinely found its way into my pipes. I bought and smoked tin after tin, and stashed away more than a few in the "cellar" for aging. This is no shattering news, until the dropping of the other shoe. Wait for it …

Here it is. One day, I woke up to face a sudden bold self-admission that I didn’t actually like the stuff, and really never had. I’d wanted to, because so many others did. Maybe I had suffered from some sort of eternal optimism, just knowing that one day, it would all come together, and I’d have the smoke of my life, but this never happened.

It was a very good tobacco, carefully made from top-quality leaf, beautifully presented, and well-deserving of its excellent reputation, but it just was not for me, and never would be. I had certainly given it a fair shot, smoking it in pipes of different sizes and shapes, experimenting with different packing and smoking techniques. I’d smoked it right from a freshly opened tin, and I’d smoked it after giving it some air time. I’d smoked it moist and I’d smoked it dry. I’d tried everything I could think of to get this blend, but nothing really worked. It simply did not offer what I wanted, what I expected from it.

Finally, on that day of momentary enlightenment that came only after a couple of years of diligent effort, I managed to spontaneously suss out that we simply would never be friends, that it was time to part company, at least for the time being.

Apparently, I am sometimes a slow learner.

I also, apparently, forget stuff. Tonight, as I was preparing to write, my thoughts began aimlessly wandering, as they so often do when I’m in the middle of a good session of highly disciplined procrastination. I’d filled a large but comfortable bowl from a freshly opened, well aged tin of that very same tobacco, conveniently forgetting that I didn’t really care for it, and settled in for the work ahead. After the charring light, a page full of doodles, a quick phone call, the brewing of a pot of tea, relighting the bowl, playing tug-o-war with my dog, checking to see if the guitar was in tune, grabbing a little snack, another relight, thinking about ironing my socks — you get the picture — I’d really be ready to get to work.

Then, suddenly, those old memories returned, along with the realization that, even after quite a few years of additional age, both my own and the tobacco’s, we still just don’t get along. Sure, there’s a lot going on in the smoke. There’s complexity, there’s the smokiness of the Latakia, the tang of the orientals, and somewhere in the background, the backbone of virginias are doing what it can to hold it all upright; it’s still a fine tobacco, enduring time in its tin with grace, but it’s just not coming together for me. 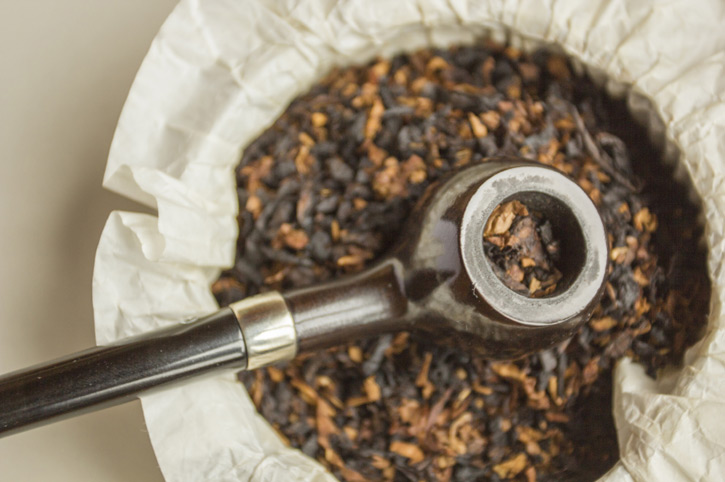 I might as well get it out of the way now that I’m not going to reveal the identity of the blend, so don’t even ask. That’s really not the point, here. I’m sharing this tonight not to criticize or praise any specific tobacco, but in hope of finding a little camaraderie with others, of knowing that I’m not alone in this peculiar species of lunacy. I’m sure it happens to many of us. We read the reviews, bask in others’ enthusiasm, and jump at the opportunity to join such a delightful party. We internalize a parade of expectations, often unrealistic, and are then sometimes reluctant to admit, even to ourselves, that what seems to be bringing them so much joy just isn’t for us. Maybe a different pipe will fix it, next time, or a little breathing time, or waiting until the next dark moon to try it again.

Events along our journey with other tobaccos, other pipes, can sometimes turn up the dial on this phenomenon. Most of us, I’m sure, have had those moments when a tobacco that didn’t quite "work" for us initially ultimately became a favorite as we began to understand it. Further, just as there are those magically perfect pipe and tobacco pairings, there are the more sinister combinations where a tobacco brings out the worst in an otherwise wonderful briar, or vice versa. So, when we first try something new, all aglow with expectations and enthusiasm, our experiences reinforce the fact that, if things do happen to go sideways, it might just be one of those anomalous convergences of all the wrong things, and that we should press on with the exploration, cheerfully trusting that the next bowl, or maybe the one after that, will bathe us in the glorious light that so many others have witnessed. We must be doing something wrong, and with today’s instant reach to thousands of opinions, it’s easy to find reinforcement for this notion, forgetting that we’re each seeking our own benchmarks, and that while knowing more about the perceptions of others can serve to enhance our own experience, sometimes, that knowledge doesn’t define what we like or don’t like. 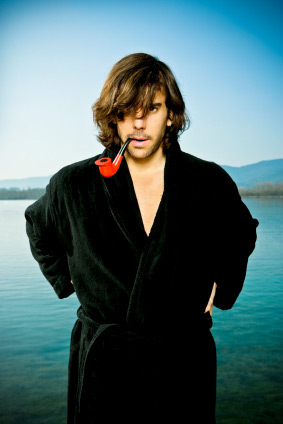 Different horses for different courses. It seems pretty obvious when reflected in the rear view mirror, but it can be easy enough to forget for those of us who’ve been around the briar patch for more than a few seasons, and even more so for the newer pipester who often turns to forums and reviews seeking guidance for how to get the most of this strange pastime of ours.

Despite some of our frequent romantic reminiscences of the "Good Old Days," we’re actually very fortunate, today, to have such a wide array of choices so readily available. Some we’ll like, others we won’t. Navigating these waters can be daunting and confusing, especially to the newcomers; it takes time to learn to trust our own sometimes changing tastes, but the one lesson I wish I’d learned earlier is that I don’t have to like something just because the big kids do. I often receive email from someone asking if he’s "doing something wrong," because he doesn’t get on well with a blend that’s popularly regarded. Neophytes, veteran smokers, and tobacco blenders alike sometimes just need a little reminder that we’ve all got different tastes, and that it’s okay not to like what others do.

With this in mind, I’ll probably give this tobacco a few more tries. I may end up finishing this tin, or giving it to a friend who likes the stuff, or it may end up jarred to sit for another few years until I forget, again, only to discover it and enthusiastically repeat the same experience. Did I mention I can sometimes be a slow learner?