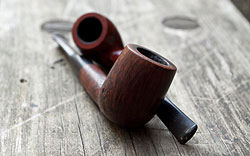 In one of his essays on Self-Reliance, Ralph Waldo Emmerson wrote, "A foolish consistency is the hobgoblin of little minds, adored by little statesmen and philosophers and divines." If this is true, one look at the ever-changing chaos on my desk must make a statement about my own nature. Perhaps it reflects the fact that I’m too candid to be a particularly effective statesman, and no one who knows me would ever confuse me with one of the divines. That’s actually a relief; statesmen and divines, it seems to me, are forced to bear too much pressure. I’ll accept a little chaos as a good thing. Not all consistencies are foolish, though; there’s certainly a place for them in the world, especially when it comes to the tobacco blends we smoke. But, tobacco is an agricultural product, subject to the whims and fancies of nature’s yearly personality changes. Is it even possible to create blends that are truly, measurably consistent from year to year?

The answer is, yes, we can. Sort of. And, usually, we don’t, because we don’t really have to. 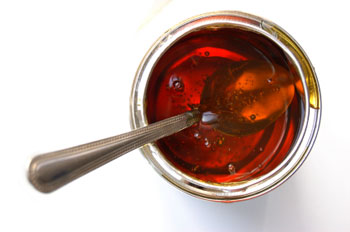 Many of the high-volume, bulk-produced, highly flavored and aromatic blends rely not only on the tobaccos themselves, but also significantly on the casings and flavorings that are applied to create the finished product. If you’re making CherryVanillaSwirlParfait blend, it’s a lot easier to keep it relatively the same through the years than if you’re producing a single crop virginia flake. In such blends, the tobacco must only meet certain minimum criteria in order to be considered for production. The nicotine content, burning characteristics and flavor profile have to be fairly close to a baseline, but that’s not hard to achieve. The larger the company, the larger the storehouse of leaf from which selections can be made, and these can be combined to reach that baseline fairly easily. Even natural sugar levels aren’t pivotal, as they can be adjusted at the casing stage. So, it’s possible for these blends to remain quite consistent, batch after batch, despite nature’s folly.

Further, especially in the case of heavily flavored or scented blends, the most important aspect of consistency is in the aroma. Our acuity for discerning aroma is many times greater than for comparing taste, and subtle differences in aroma are more instantly detectable than even more dramatic differences in taste. The sense of smell can be tightly bound to significant events in our lives, and we’ve all had the experience of an aroma triggering a long dormant memory with three dimensional intensity. Aroma consistency, therefore, is very important, and with aromatic tobaccos, this is quite an easy thing to control.

MORE READING  Bowl Coatings - The Good, The Bad, and The Ugly - Part I 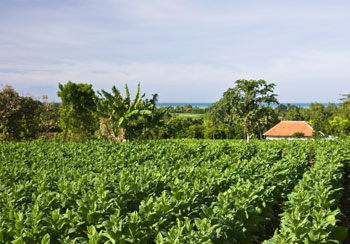 For more natural blends, on the other hand, blends that rely on the individual characteristics of different leaf for the majority of their taste and aroma characteristics, consistency is a little trickier-especially for the smaller blending houses-and arguably more important. The tobacco itself plays a greater role in the final product, and we have to put different oars in the water. Blending comes more sharply into focus-and not just the skills of the final blender and producer. While we may lack the secret weapons of chemistry and big warehouses, we have the mysterious ninja force of leaf suppliers on our side. These guys get tobaccos from all over the world, sort it, grade it, and bring it to market. They are wonderful at presenting leaf of a fairly consistent quality year after year, and we can further refine our final selection through tasting and combining of different source crops. We can usually get pretty close, and fortunately for all of us, close is generally close enough.

Close enough? Now, we dive into the deep end. Ultra-tight consistency in leaf isn’t really as necessary as we’d like to pretend it is, and there are good reasons for this. When we make the acquaintance of a new blend, we tend to be much more critical in our evaluations of it than we will once it becomes a common companion. We smoke new blends with greater attention, looking to pick out subtleties and nuances, usually going beyond the simpler matter of deciding whether we like it or not, and concentrating, at least to some extent, on the reasons behind our decision. 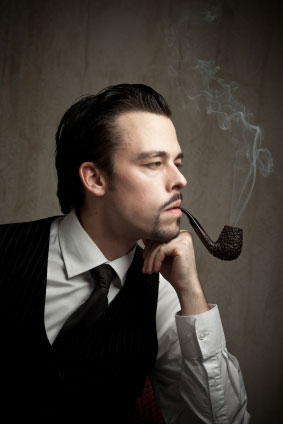 Those early experiences establish a set of expectations that will follow that blend throughout our relationship with it, and once these expectations have been established, the brain carves out room for a surprisingly wide margin of difference. As long as the blend remains within the thresholds of our attention, as long as it doesn’t stand out in bold relief against an established background, we’ll usually accept it as being the same thing. In other words, once we’ve accepted a blend, we don’t tend to smoke it as critically as we did in the beginning, so as long as it remains in the ballpark of our expectations, it’ll be perceived as the same thing.

Some manufacturers in the past have relied on this fact, changing the formula of a blend incrementally over time, probably to accommodate changing supplies, or perhaps just to cut costs, until it turned into a misshapen caricature of its original self. If someone smoked enough of the blend to become very familiar with it before this cascade of changes, abandoned it for a while, and then returned to the later version, they’d certainly notice the difference, as it was quite dramatic. The more habitual smoker of the brand, on the other hand, might not have noticed the small changes, or might not have cared, as long as this month’s was close enough to last month’s. The adaptive nature of perception ensured that those incremental changes, changes that, over time, accumulated to a big difference, went mostly unnoticed. As it turns out, it’s pretty easy to unconsciously convince ourselves that something is just like it’s always been if we continue to like the new "version," and that it’s different if we don’t.

Add to this the fact that, many differences are masqued by time. We cannot taste tobacco from an old tin, compare it with something fresh off the shelf, and draw any positive conclusions about sameness or difference, providing the components the blend comprises are at least close. Once blended and tinned, tobaccos begin to change, at first, very dramatically, and then more slowly over time. A blend that is even a few months old, let alone significantly older, will taste and smell noticeably different from one more recently produced. We’ll taste a blend from an old tin, on which a few months or years have worked their magic, and if we are at all cognizant of tin aging, which most pipe smokers are, we’ll attribute the differences we notice, which can be considerable, to the passage of time alone. Who knows if the tobaccos were identical when produced, and does it really matter? Probably not. 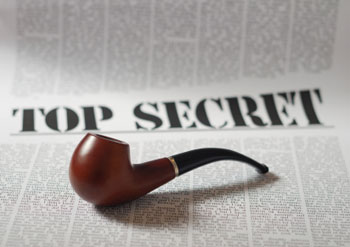 There’s really no way, without having access to the blender’s records, to mentally prove or disprove any changes that may have been made, either by choice (eg. cost cutting) or by necessity (unavailability of specific leaf). Memories are plastic, and research on how we experience taste seems to indicate that the process of recalling an experience actually changes our memory of it to some extent. Only when something is markedly different from our expectation are we likely to notice much change at all. It’s not delusion; it’s just a little trick of the brain. Even professional tasters can be easily fooled, which is one of the reasons blind tasting is so often used in the wine and food world for evaluation of products; preconceptions are minimized, and things can be judged on what they are, not what they’re expected to be. And, it’s also why the whole subject of consistency in discussions of things like pipe tobacco is usually given more importance than it likely deserves.

This is actually good news for us, as lovers of fine pipe tobacco. If we enjoy a blend, we don’t have to worry too much about whether it’s going to be the same from year to year. It probably won’t be, but as long as the suppliers and blenders are doing their job with integrity, and the quality remains high, it’ll be close enough, and we’ll never have to worry about being haunted by those pesky hobgoblins.