Bowl Coatings – The Good, The Bad, and The Ugly – Part I 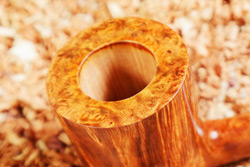 One of the most contentious of the long-running debates in the pipe community is the issue of bowl coatings. Why something so seemingly innocuous can drive discussions to a fevered pitch is intriguing, since, on the surface, it seems a fairly innocent thing.
When I’ve discussed the subject with other pipemen, the only ones who vocally defend coatings, sometimes quite vehemently, are the pipe makers who use them.

Smokers seem to fall into one of three categories: those who don’t like coatings at all, their presence in a pipe being a deal breaker in their buying decisions; those who prefer uncoated bowls, but won’t turn away a pipe they like simply because of a coating (I fall into this category), and; those who really just don’t care one way or another. I’ve yet to meet a buyer who refused to consider a pipe because of the absence of a coating. So, if the most positive thing a buyer can say is that he’s ambivalent over coatings, and many find them insufferable, why do some pipe-makers insist on using them? And, what are these mysterious coatings, what purpose do they serve, and how can they affect the smoking characteristics of the pipes to which they are applied? 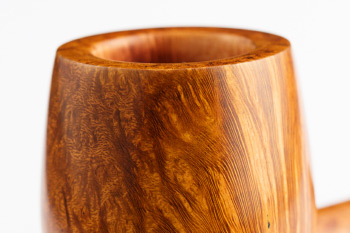 When considering the “why” question, things can get a bit heated. A few makers I’ve discussed this with defend their bowl coatings with the ferocity of a mother bear, and absolutely hate the fact that people, especially me, apparently, bring it up. Some suggest that the coating protects the briar during the first smokes, before a cake is established, a claim that is non-falsifiable at best, and more than likely a belief whose genesis lies in some chapter of arcane pipe-making folklore with little evidentiary support. The only two pipes I’ve ever owned that burned out were both heavily coated by their makers. I’m a careful smoker, but these things burned like Roman Candles. No coating would have saved them, short of a layer of surplus re-entry tiles from the belly of the space shuttle. It is possible that these coatings may help to protect the surface of the briar from careless smokers during those first critical smokes, but I’ve known guys who could burn-out a pipe made from asbestos, and though I remain skeptical of any genuine prophylactic benefit from a thin layer of any coating, I will accept as possible that some limited protection may be offered.
And, honestly, I don’t blame these makers for trying, whether through chemistry or Voodoo charms, to spare their pipes from heavy handed smokers who puff like locomotives and light their tobacco with an oxyacetylene torch. They’ve got many hours of blood, sweat and tears, not to mention expensive materials invested in their beautiful works of art, and reducing the risk, even if only slightly, of having to replace one destroyed by abuse is probably a good strategy.
Some collectors feel that bowl coatings are sometimes used by unscrupulous pipe makers to masque flaws in briar or workmanship, it seems there is little evidence to support this, at least amongst pipes from the artisan makers who do choose to coat their bowls as a matter of convention. It’s unlikely that any pipe maker would risk his reputation by spending the long hours necessary to complete a pipe that has known flaws in the briar, only to cover up those flaws with black goo. Every pipe maker I know has a big box of scrap pipes in various stages of completion, the result of flaws that revealed themselves during carving or drilling. At least when considering quality pipes, this seems to be a non-issue.
A few makers I’ve talked with have said that they believe their coatings to help smooth out the break-in process during the initial bowls. This is a bit of a tough sell for me. I’ve always found that raw briar, provided that it’s processed, aged and seasoned properly, performs just fine, though there are brands that are notorious for lengthy and sometimes difficult break-in. (I wonder if anyone has applied a coating to one of these pipes to see if they can verify the claim of improving break-in. I assume most makers have tried their own pipes both with and without coatings, but it might be interesting to explore different coatings on difficult pipes.) But, for the most part, I enjoy the taste that great briar adds to the first few bowls, so, for me, anything that gets in the way of that is not really a benefit. Others feel differently.
Many makers take a less arguable stance, stating that they simply prefer what they consider the more finished look of a coated bowl to that of a pipe with an unfinished interior—a purely aesthetic approach that either one cares about or doesn’t.
Larry Roush, for instance, a maker whose pipes I am known to hold in high regard, falls into this category. His coating’s raison d’être is simple. According to him, because of his curing process, his pipes’ bowls are very porous, doubtless one of the qualities that plays a role in his pipes’ excellent smoking characteristics. When he stains them, the colour sometimes penetrates the wood, resulting in a blotchy, mottled appearance inside the bowl. He told me, “It just doesn’t look right, and since it penetrates the wood, I can’t sand it off, so I developed my coating. It is 100% edible, and improves the appearance of the inside of the bowl.” Fair enough. His wood, coupled with excellent construction, and a wonderful, open draw, combine to deliver to the smoker a remarkable experience, and his coating has never seemed to get in the way of that experience, so I’m not going to argue.
Personally, I find nothing “unfinished” in the beauty of naked briar. I’ve never looked at a pipe and said to myself, “Damn, that would sure be beautiful, if only the bowl’s interior was black.” It will be certainly blackened soon enough … 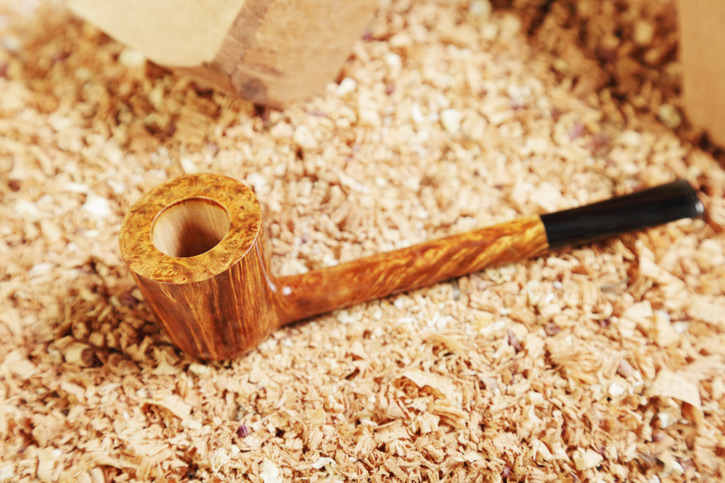 Like them or not, bowl coatings are here to stay. In Part II, we’ll have a look at different types of bowl coatings, how they may or may not influence the way a new pipe smokes, why some smokers might care more than others about their presence, and I’ll share some personal experiences and experiments.
Your turn.
-glp

Bowl Coatings – The Good, The Bad, and The Ugly – Part II