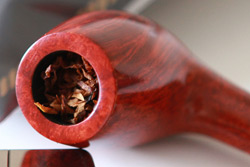 Pipe smoking is at once the simple affair of filling a bowl with some chosen leaf, getting it smouldering just right, and spending an hour or so enjoying the fruits of the effort, as well as a deceptively complex equation of too many variables to keep sorted. There are the obvious influences of the briar, the bowl shape, the tobacco, its constituents and its moisture content, how it is prepared and packed, and how we puff, but there are also the more obscure aspects.

I’m convinced that ambient conditions, things like temperature and relative humidity, play a role in the way any particular tobacco and pipe combination expresses itself, something I’ve touched on in the past, especially concerning my strange predilections for specific styles of tobacco during different times of year. In the heat of summer, I’m not drawn to fuller, Latakia heavy blends, for instance. But, as fall creeps by and winter brings cooler temperatures and damp air, those same blends that were overly ponderous during baseball season begin to sing their siren song, and the lighter tobaccos that I’d been enjoying begin to lose some of their pull. In the winter, I want deeper, darker, richer flavours. Similarly, as much as I enjoy a fine cigar on the scorching days, in the chilled air of the past couple weeks, I’ve found even my most beloved of “thy naked beauties“ to be less flavourful, less sensorially satisfying.
Truth told, I wouldn’t want it to be any other way. I enjoy the spice of variety that these seasonally and environmentally imposed changes in preference dictate. But, it’s when I start thinking too much about all this that the spare parts start rattling about inside my skull. I was talking with a friend about this the other night, and he asked if I’d ever tried to list the various factors that seem to influence the qualities that make a good smoke. I began a mental inventory: briar; bowl diameter and depth, as well as airway dimensions; pipe length; ambient temperature, humidity, air density, barometric pressure; time of day; mood; expectations; what I’d eaten recently; whether or not I’ve been taking my vitamins; accompanying beverage, if any; depth and rate of puffing (often related to mood); how densely the bowl is filled; how moist or dry the tobacco is; how the tobacco is cut; what I’m doing whilst smoking. There are at least a few more, including the riddle of why some pipes seem to perform better with certain types of tobacco than with others, but even these are enough to exhibit the remarkable complexity of this seemingly simple thing we call pipe smoking; enough to make the brain sore. 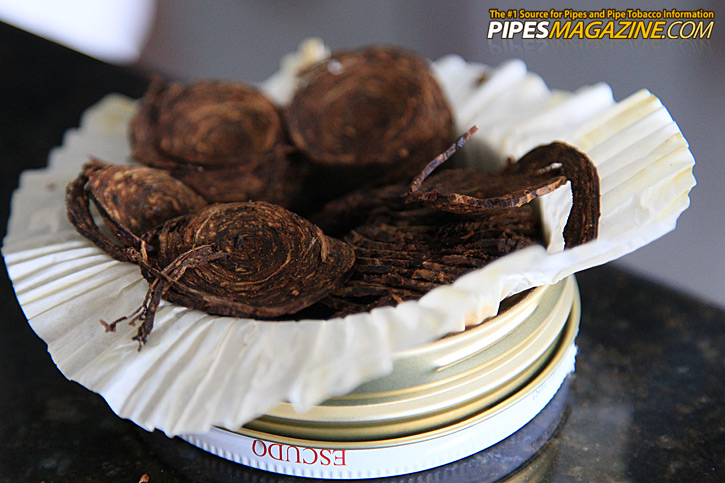 The problem with going very far down this tunnel is that there appears to be no light at the end, but being inquisitive by nature, I can’t seem to stop. In the constant pursuit of those exquisite moments where everything comes together into one of those marvelous, magical smokes, I find myself wanting desperately to understand how all these things work together, so I can recreate the experience at will, but it’s just wandering in the darkness. Just when I think it’s figured out, a spanner falls into the works, and the machinery grinds to a stop. In a head scratching moment, a pipe and tobacco combination that has never failed before goes completely wrong. Back to square one.
Being a guy who blends tobacco for a living, it’s hard to step away from this sort of constant enquiry, especially when developing or evaluating new blend ideas. And, since I’m nearly constantly exploring different leaf, different mixtures, seeking new combinations that excite me, a systematic approach can actually be useful. When something I’m working on seems promising, for instance, I’ll smoke it in a variety of pipes of different bowl shapes, with different airways, using different packing methods, different puffing cadences, and so on. In doing this, I’m trying to arrive at some first-order approximation of how it might taste to a variety of pipe smokers. It’s not exactly the application of scientific rigor, but it does help me to better understand the tobaccos, and how differently they can behave themselves under different conditions. Similarly, when some new idea doesn’t show any merit, it’s nice to at least try to figure out why. But, even in doing all this, I find I’m doing little more than scratching in the dust. (If I could manage to get that weather control machine working predictably, I could be more thorough, but the last time I switched the thing on, some guys in black suits and dark glasses visited me and asked what I might be up to. “Just developing pipe blends, sir. Nothing nefarious. Sorry to bother you. By the way, your black helicopter is blocking my drive. Would you mind moving it, please, before I have to have it towed?”)
The climate’s influence, by the way, may be the simple part. At least that’s what I’ve managed to convince myself through some hopelessly twisted tangle of neural pathways. By coercively applying something resembling reason (humour me) to the whole summer/cigar, winter/Latakia mixture relationship, for instance, tracing the respective roots of the two things, it makes perfect sense. Cigars are born of hot and humid climes, where men wear white cotton suits and straw fedoras, and sip sweet, hot coffee whilst overlooking their plantations, so, of course, they would taste best in the summer. Those inky black, coal dust and smoke infused Latakia mixtures, on the other hand, trace their lineage directly to England, where cooler temperatures prevail, white suits are traded for tweed jackets and wool topcoats, and a good cup of afternoon tea is de rigeuer. This romantic image puts that part of the puzzle in order for me. (Coincidentally, cigars and coffee are a wonderful pairing, and tea is much better with the pipe.) 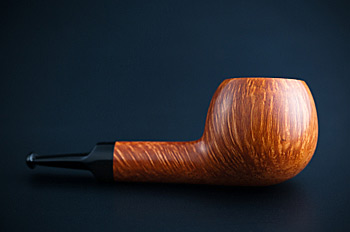 There is a drawback to all this probing, however, and that is that it can easily become habitual, and habits are hard to break. I sometimes find myself losing sight of what pipe smoking is really all about. I forget to forget about all the stuff of it, and fail to simply sit back and enjoy the thing, to “shut up and enjoy the pipe.” I’m too often intransigently, though inadvertently, blinded by the complexities, the “science” of it all.
Most of us, I suspect, have evolved (or are evolving) as pipe smokers along a more patient and sensible path, learning empirically over time the intricacies of filling the bowl correctly, teasing the tobacco with fire to light it gently, puffing slowly, focusing on technique, not chemistry and physics, and in the end, this may be the most significant arbiter of a great smoke, assuming the tools and ingredients are up to the task, (all the skill in the universe won’t transform a lousy tobacco in a pipe that is poorly made from badly cured wood into a transcendent smoking experience). Good technique seems to develop naturally over time. I remember one time early on when a friend asked if he could fill my bowl for me. He had a much more practiced hand than I did, and patiently explained that I was “doing it all wrong.” I accepted his offer, and watched carefully as he spread the tobacco out in the palm of one hand, the one holding the pipe, taking experience measured pinches and placing them carefully into the bowl with the other, pressing gently with a calibrated finger until it was filled perfectly. The smoke was incredible. It was a turning point for me. Since then, the most memorable smokes have been those in which I’ve taken my time, focused on the rituals of preparing the tobacco, filling the bowl carefully, lighting slowly, puffing softly, and relaxing into the smoke with blissful reverie. Certainly, even amongst the most seasoned veterans, there will always be the occasional disappointing smoke, and those that transcend, but allowing each to be what it is, enjoying the moments without too much questioning seems to be the key to the greatest pleasure.
As the new year approaches, my resolution is to find a path back to the simplicity of pipe smoking, to learn to relax more with my briars, accepting the great smokes as they come, and knowing that the more disappointing ones are equally ephemeral. I suspect my personal seasonal preferences will continue to remain a strong influence in what I choose to smoke, and that good and bad combinations of pipe and tobacco will continue to reveal themselves, but the relaxation and pleasure of the great smokes will be my reward. The hidden secrets will come to light over time, and what little understanding I’ve cultivated over the years may just add another dimension to the experience.
Hell, if I stick to it, I might even finally become a real pipe smoker after all these years.
Your turn.
-glp