Beauty and the Billiard 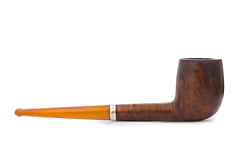 In the (somewhat more than) three decades I’ve been accumulating pipes — I choose the word purposefully to distinguish the briar aggregation that currently shares my residence from the purposeful, themed groupings curated by more deliberate and true collectors — I’ve found myself attracted at various times to many different shapes, at one time chasing Princes, another bent Bulldogs, or Apples or Blowfish. You get the picture; my tastes are capricious. There have even been moments of attraction to wild freeform pipes that do not adhere to any prescribed taxonomy, though I rarely admit it in public. The result of all these years of accumulation with abandon is that my “collection” is a motley crew of shapes from traditional to modern, the only threads running through it from one end to the other being the word pipe, and that, at least at one time, I was attracted enough to each one to acquire it. If I wanted to elevate it, I suppose I could call it a collection of collections, but even that seems overly lofty.

Throughout, my appreciation for the pure and refined elegance of the simple Billiard has waxed and, mostly, waned. In my early days, all those years ago, emboldened mainly by the neophyte’s enthusiastic but too often blind hubris, I remember telling a friend who collected nothing but the Billiard was “boring;” I liked more interesting shapes. He laughed, and tried to guide me to realize that, in fact, the well-cut billiard could well be the pipe’s most perfect shape, the very quintessence of the pipe. I wasn’t having any. In reflection, now that I may have learned a thing or two, I know that my uninformed statement couldn’t have been more wrong. The Billiard is anything but boring. Neither is it as simple as it may first appear. 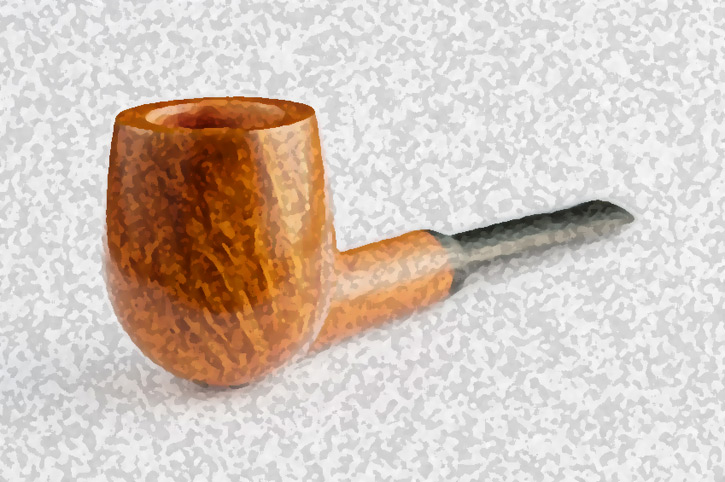 It seems I had naïvely dismissed the Billiard as being little more than a couple of cylinders at right angles to each other with a stem stuck in the end of the smaller one. No wonder I thought the shape was boring. It wasn’t until, my old friend’s words echoing in my mind, I really looked at the things, the rich diversity of one of the oldest shapes in the history of the briar pipe, that I began to appreciate it not only for what it was, but for what it wasn’t.

That “cylindrical” bowl is actually far from it. Looking through old catalogues at hundreds of different examples, it becomes clear that those soft curves, anywhere from delicate to voluptuous, are far more defining of the shape than a straight sided cylinder would be. Go too far along the curvy road, and the bowl morphs into that of an Apple or a Brandy, but leave the sides straight, and it’s just …wrong.

And, that right angle thing? Forget it. When the major axis of a straight pipe’s bowl and that of its shank are geometrically perpendicular, the bowl looks like a drunk ready to fall over backwards. A very slight forward tilt, even if it’s only a degree or two, is essential to the shape’s poise. A little more, and the pipe gains thrust, a little velocity; too jaunty, though, it moves towards the Belge. And the shank? It is often cylindrical, but it’s sometimes slightly tapered, or square, or diamond shaped, and the long, elegant, oval-shanked Canadian is just a billiard in a tuxedo.

Because of fairly loose specifications, the Billiard is one of the most versatile shapes, subject to a great deal of freedom in interpretation, and that’s part of its charm. In contrast to a highly constrained shape — the Prince, for example, which if treated with anything more than light-handed variation, transforms into something very much not a Prince — the billiard is very forgiving. Large, or small, long or short, chubby or slender, saddle stem or tapered; all can qualify for the term “classic.” As one of the oldest shapes on the books, it would be tempting to assume that every possible variation has been made, yet new stylistic forms are still being created that may push against the shape’s envelope, but still remain true to its defining outline. So much for being boring.

Why am I going on at such length about Billiards? Because of a newly rekindled appreciation for their simplicity, for their variety, for the purity of their nature as the archetype of the briar pipe, and, mostly, for their beauty. Though my tastes are fairly firmly rooted in the classic shapes, I do appreciate the creativity and playfulness of some of the more sculptural designs. But, occasionally, something emerges from the pipe maker’s folly that looks more like the result of a late-night tryst between a Cylon raider and My Little Pony than a pipe. When it becomes too much work to coerce my thinking in strange ways to embrace or even comprehend a shape that doesn’t speak the word “pipe” to me, or just to try to figure out how I’d hold the thing, my brain begins to throb. 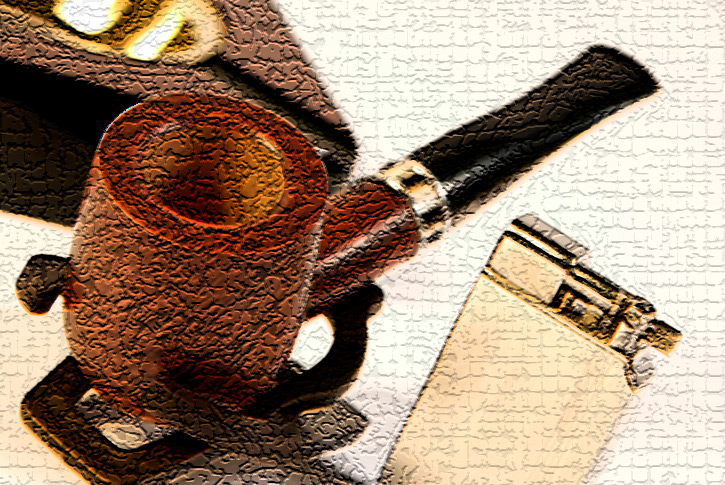 The perfect Billiard is something of an opposing force, a backlash, a remedy to the throbbing. It’s comforting and comfortable. It’s PIPE writ large, reduced to its basic elements, with everything unnecessary cut away, but with impeccable aesthetics. There’s no jutting chin, no bulbous protuberances, no harsh angles, no decorative wings. Its beauty lies in the purity of its voice, the nuances of its line, the subtlety of its curves, its balance. There’s a reason that in many of the old catalogues and shape charts, the billiard and its variants account for roughly half of all the straight shapes. Even when their numbers are added together, the delightful Dublins and Apples remain a distant second. For over a century and a half, the Billiard has reigned as the king of straight pipes.

I’m certainly not abandoning all the other shapes I’ve come to love and accumulate over the years — the Bulldogs, the Princes, the Dublins — or any that might find their way into my racks in the future. But, at a time when so many wild styles are lauded by collectors, it felt like someone had to speak up for the grand old man, give him a little extra time in the sun, and offer a voice to all the closet Billiard fans out there. Long live the Billiard.