What’s Old is New Again Thanks to Standard Tobacco Co. 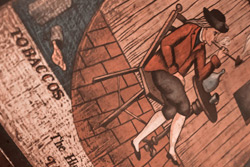 The Standard Tobacco Company of Pennsylvania is a new company focusing on old tobaccos—and some famous ones at that. They are bringing back recreations of iconic pipe tobacco brands such as; John Cotton’s, Bengal Slices and War Horse. This company should not be confused with the Standard Tobacco Company which was established in Maysville Kentucky in 1932. This defunct tobacco warehouse is now a storage facility for a cable company, and industrial supplies. (They kept the name on the building for historical purposes since Maysville was once the second largest burley tobacco market in the world.)

There is also the Standard Commercial Tobacco Co. in Wilson North Carolina. They were incorporated in 1916, and still operate as a tobacco leaf dealer. Maybe that is why Standard Tobacco Company of Pennsylvania sounds like an old-guard company that’s been around for over a hundred years. Or maybe it’s because we’re reminded of Standard Oil Co. established in 1870 by John D. Rockefeller? When you think of that, it explains their company logo.

Although the logo is tongue-in-cheek, this company is quite serious about recreating nostalgic English-style tobacco blends. Some of them are names that many longtime pipe tobacco connoisseurs have been reminiscing about, and lamenting the disappearance of for decades.

Two of the three principals of the company are regular participants in the  PipesMagazine.com Forums—Dan Johnson (WoodsRoad) and Simon Thurlow (CondorLover1), and they have been discussing their company and it’s products in several threads over the last few of months.

With their products slated to hit the market this Fall, PipesMagazine.com spoke to Mr. Johnson by telephone to learn how this upstart beat several incumbents to obtaining the rights to these fabled blends, and just how they will execute their plan successfully.

As it turns out, the Pipes Magazine Forums have brought together several people from different locales to meet in-person and become friends in real life. Dan and Simon happen to be an example that turned into a whole lot more. Dan is in PA, and Simon is in NY. With Dan conducting regular travel to New York on business, about a year ago the two decided to get together. In relaying how they met online Dan says;

"We soon discovered we had a similar sense of humor. And certainly not a similar taste in tobacco, but there is this almost unbelievable sense of camaraderie that grows out of the forums on Pipes Magazine. You know, on one hand you look at it, and it is less than one dimensional. You turn it sideways, it’s digital, it disappears. But, there is a depth of friendship and the relationships that form there that absolutely transcends the media itself. And we became very good friends just conversing on Pipes Magazine. So, when we had the chance to meet up, we already knew each other.

We sort of lit into this project within probably an hour of meeting for the first time. You have this complete trust and understanding that we’re going to work on this together, and we’re going to see how far we can take it. I don’t think you could form that kind of a friendship having just maybe met somebody randomly, or being introduced to somebody by a friend.

Like many companies and projects, this one almost started by accident, or perhaps on a whim, about a year ago. Dan talks about their first time meeting in person;

"So, we were sitting up on Simon’s deck on the Upper Eastside having a couple of glasses of wine. Simon’s taste in tobacco is rather monochromatic. He says, ‘So what do you think of Condor?’ And I had to be honest with him. I think it’s pretty awful. He said, ‘Well, there’s something even worse than Condor.’ I said, ‘That’s not possible.’ ‘Well, yeah, it’s called War Horse.’"

Simon had a sample of War Horse from the 1930s, and was already planning on trying to recreate it just for fun … albeit serious enough fun to send it to a lab in Israel that does forensic analysis for the Mossad. They are so sophisticated that they can tell you not only which tobaccos are in it, but even where the tobaccos were grown, along with the ingredients in the flavorings. Dan and Simon eventually had the recipe for War Horse from the 1930s. 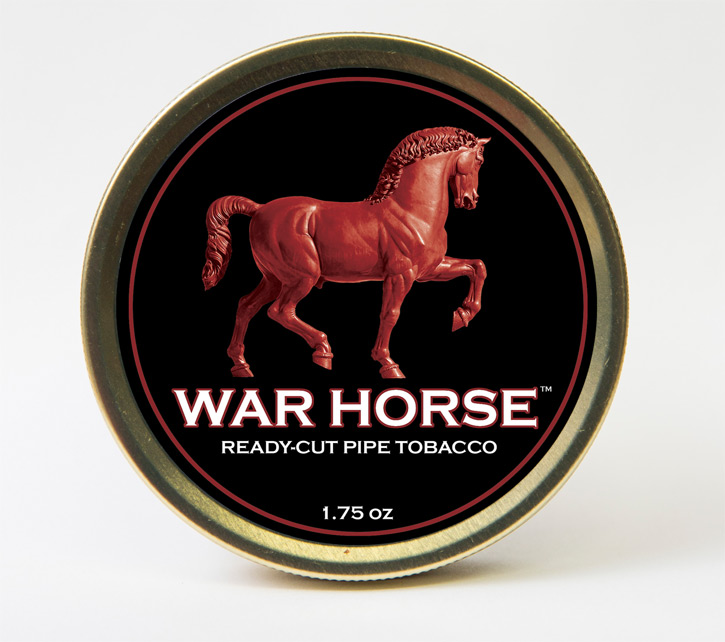 Since Simon happens to be part of a law firm that specializes in trademarks (his law partner is the third principal in the tobacco company), he got the idea to acquire the rights to the trademark for War Horse. One thing led to another and they did the same with Bengal Slices, John Cotton’s No. 1 Mild, John Cotton’s Nos. 1 & 2 Medium, and John Cotton’s Smyrna—the trademarks were all expired, and now they are owned by The Standard Tobacco Company of Pennsylvania.

Trademark filings can be tricky, even for a professional. They usually take at least a year to be finalized. Here’s another area where the comradeship of the Pipes Magazine Forums came into play. The trademarks seemed to be taking a long time to get approved. Another forum member, SamCoffeeMan, offered up in private conversation that his best friend works at the trademark office, and he helped smooth the way.

Now Standard needed to figure out how they would faithfully reproduce these long-gone, fabled marques of old. 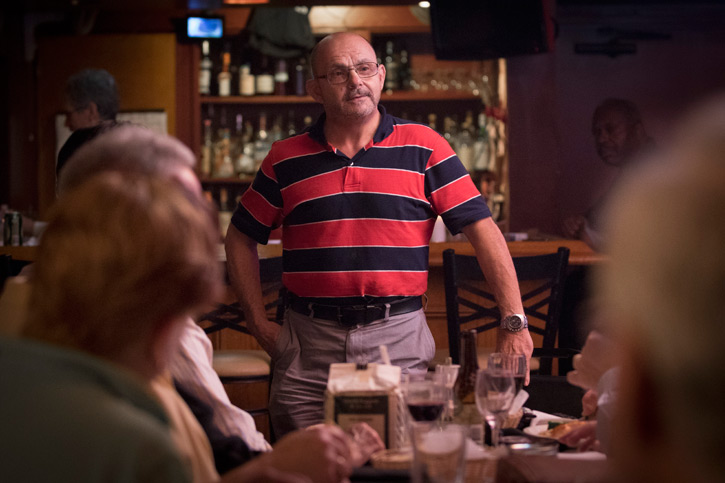 Russ is the perfect choice. He won the Balkan Sobranie Throwdown in 2011 where different blenders competed to recreate the legendary blend. He has also recreated many other long-gone, popular blends to wide renown over the past few years. Also, Russ and Dan are both members of the Lehigh Valley Pipe Club.

While at a pipe club meeting, when Dan asked Russ if he would help make the blends, Russ said, in his usual low-key, humble tone; "I’ll give it a try".

Another fortunate aspect of the project is that Russ used to smoke all of the John Cotton’s blends for years, and he has a great memory for smell and taste. In addition, the team continued to acquire all sorts of samples from different years and decades and did lots of analysis and taste tests. 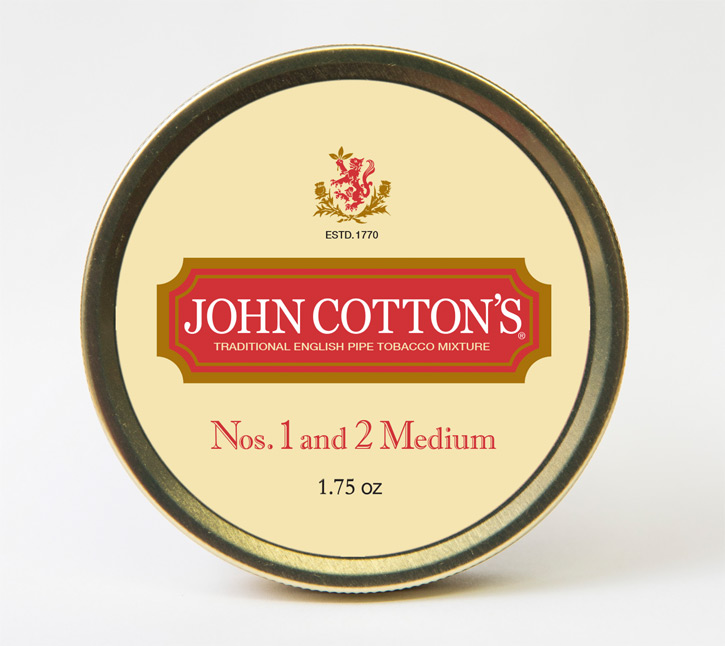 Russ had already spent considerable time and effort working on the project prior to any arrangement being formalized, which had the Standard team feeling indebted. They asked if they could do anything for him, and that’s how Bengal Slices got added to the lineup. It’s one of Russ’ favorites. 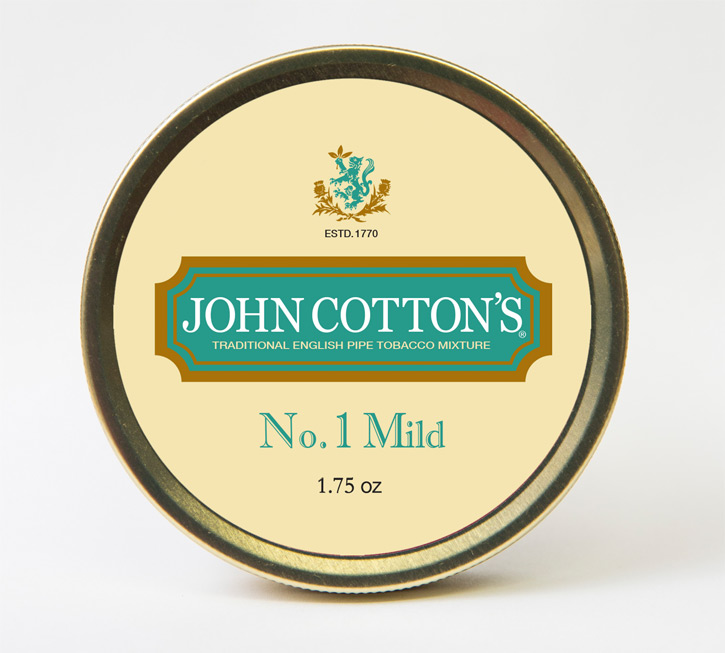 When asked; "What’s your response to people that say you can’t really recreate old blends like these?"

"Oh, I agree with them completely. It is impossible to maintain a blend, if you were the originator of it. Let’s say you’re the originator of John Cotton’s, and say the John Cotton’s company was still in existence in Edinburgh (Scotland). What you would be smoking today would be vastly different from what they were making in 1922. You simply cannot maintain a blend. It’s an organic product. There are so many variables at work that you have no control over. The flavorings – you don’t make your own flavorings, you buy them. If no one else is buying them then they stop making them. They change, they find out there’s something carcinogenic in the flavoring that you’ve been buying. Base ingredients are no longer available. Most of those flavorings were natural flavorings anyway, so the fig harvest changes. They are no longer growing figs in this country, they’re growing them elsewhere. Blends evolve. So that’s one aspect. The other is you can’t go back to a vintage tin and expect to be able to fully extract the recipe for what it is because they change drastically in the tin."

Another aspect of being true to these legendary tobacco blends was to learn and understand their history. This is where again, another forum member helped out. Most forum members know that MisterLowercase is a great tobacco history researcher from his many posts on old tobaccos and bygone tobacco companies.

Dan says he’s read everything that MisterLowercase has ever posted on these brands."He’s traced the different ownerships, changing countries of production, evolving recipes, and different years and decades that these applied to. Troy is quite possibly the only Tobacco Historian extant. He’s been an inspiration." 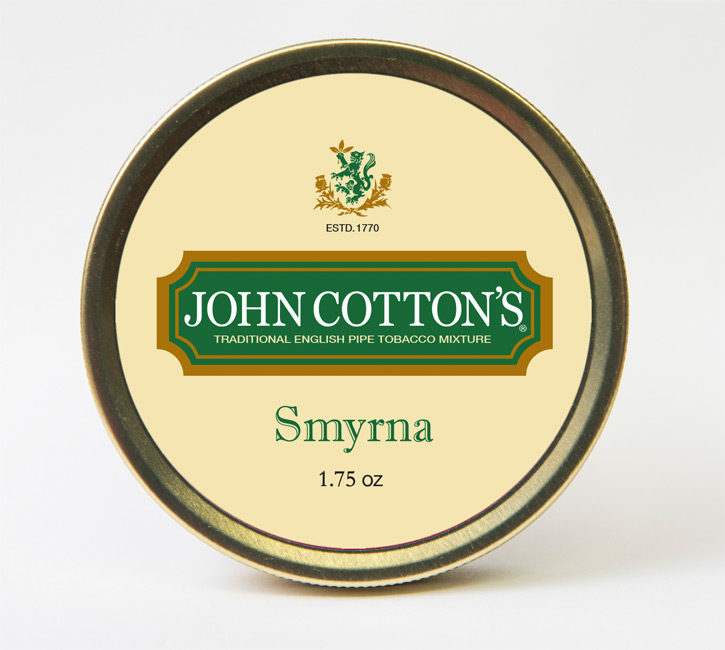 For those that haven’t figured it out yet, Dan points out that; "It’s a labor of love. Our payback is going to be measured in years for this. This is not something that we’re going to get rich off of."

The company cannot pinpoint an exact release date at this time, but promise that the tobaccos will be out sometime in the late-Fall -November-December. They are being produced by STG Lane in the USA.