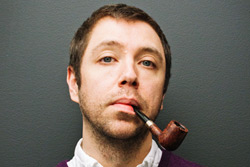 There are certain people in the pipe world who have attained a level of localized fame. But there are also a number of lesser-known folks who are constantly at work behind the scenes and making an impact on our hobby. This article is the first of what will probably be a few articles about the unsung heroes of the pipe smoking world.

This month I talked with Ted Swearingen, COO of Laudisi Enterprises. Laudisi is the parent company of both Smokingpipes.com and Cornell & Diehl, which you may be more familiar with. Under the same umbrella is also Laudisi Distribution Group (the sole importer and distributor of C&D tobacco and Savinelli pipes), and Low Country Pipe and Cigar (a local brick and mortar in South Carolina).

I first met Ted a little over three years ago when I was out in Myrtle Beach visiting. Ted’s very demeanor is disarming and I think it’s a natural skill of his to put people at ease. Speaking of which, while we had the conversation for this article he was sipping a cup of peppermint tea. Which… just knowing that was somehow calming for me.

Ted got his start at Laudisi not long after he was a “newish” pipe smoker. He found Smokingpipes.com amongst a few others and was impressed with the service, the photography of the pipes, and the unique well-written descriptions. He said, “It felt very literate. It spoke to my sensibilities and resonated with me as a consumer.”

At the time he was a General Manager for a Starbucks in Stockton California. It was the oldest Starbucks in Stockton and it was a “hole in the wall” with no drive through. Since before his love for pipes Ted has had a passion for coffee, he’d been working in coffee shops since he was 18—and still loves a good cup. The next step in the world of Starbucks was to become a district manager and he just couldn’t see himself doing that role for the company. “I was still pretty young at the time and it was either move up in Starbucks, or do something entirely different.”

His roots in the hobby were like many of ours, trying out Captain Black in a Dr. Grabow was a rough first experience, rough enough he tried and tried and then gave up the pipe for about ten years. But on his second go around, and with the help of the internet, he was determined to get it right—and he did. Once he decided the career change needed to happen, Smokingpipes was really the first place he looked.

On a whim he floated his resume to Sykes Wilford (Laudisi’s Founder and CEO) and Brian Levine (the General Manager at the time—you may know him today as the host of the Pipes Magazine Radio Show).

“Lo and behold,” he said, “I was moving out to South Carolina.”

Initially, Ted came in with a customer-service position, but folks quickly realized, given his skill set, that the role didn’t need to be limited to that. They ended up developing a sort of sales-manager role with an emphasis on social media. Ted’s role included blog posts, writing pipe descriptions, handling the Twitter and Facebook accounts while also managing the customer service team. 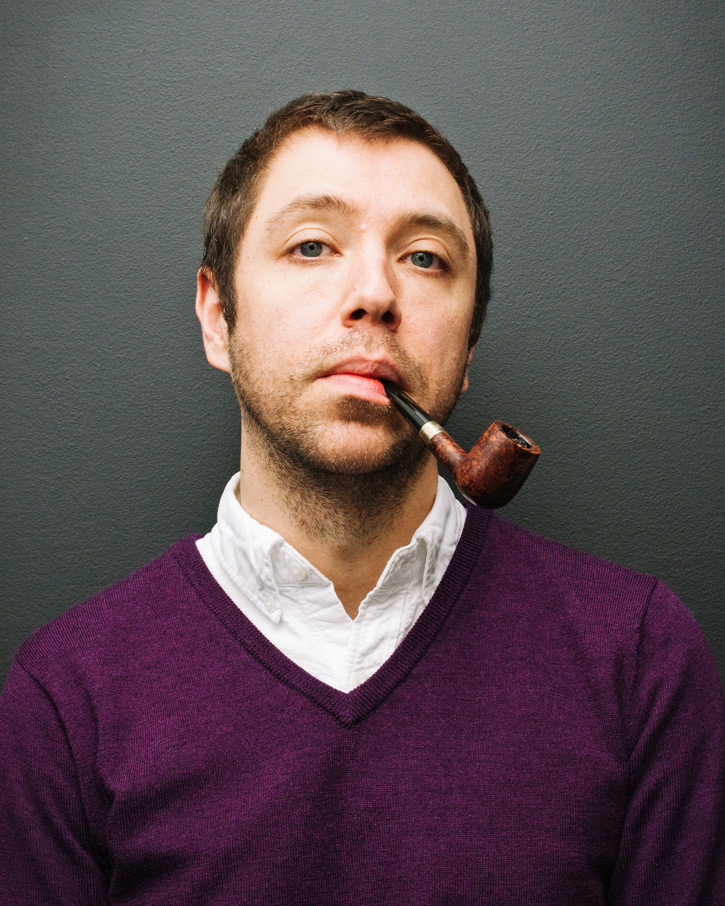 But this only lasted for three months, at which point Brian Levine decided he wanted to try his hand at something new, and left the company. Ted then moved into his role as General Manager for Smokingpipes.com. This put him in charge of merchandising, customer service, marketing, estate restoration, and shipping efforts.

At that time, Laudisi was really just Smokingpipes.com and their brick and mortar store—Low Country Pipe and Cigar. The role grew as they brought on Laudisi Distribution Group (LDG) and Cornell and Diehl (C&D). Soon he moved in to the COO role. As he reflected on his move out of California and what the role had become he said, “I was ready to leave my home town, my state, I had been married for a year and wanted to go do something totally crazy. I never dreamed it would be this amazing experience that it’s been for me.”

I pressed him a bit on his tastes in tobacco of late. He said he finds himself running around the office taking care of things for so much of the day that most of his smoking now takes place at home. “I like to look at a fire, or read a book,” he said, “I don’t love to smoke and do other things at the same time.” That said, when he does have the time to sit and relax he finds himself enjoying C&D – Dreams of Kadath, and Gawith, Hoggarth & Co. – Brown Flake (Vanilla). And while Ted likes many kinds of pipes (he specifically mentioned Blowfish, Billiards, and a few freehands from some specific artisan makers), he has a particular love of Lovats. All of his most recent three purchases were Lovats, a Savinelli, a Comoy, and a Peterson.

In the vein of being a hero of the pipe world, there are two major and immediately obvious contributions Ted makes to our hobby. The first is his ability to help run Laudisi (and take things off of Sykes plate). Sykes is a dreamer, and a visionary, and he’s always thinking about the future. “He’s wicked smart,” Ted says, “And he doesn’t think he’s math-y, but he’s very math-y, he’s also a good programmer and has strong business instincts.” But when Sykes needs to solve a problem he can give it to Ted and know it will get solved even if the original problem morphs in to something entirely different by the time he gets around to working out the root issue.

There is also a relational side to Ted that makes him unusually easy to relate to. As I mentioned at the beginning of this, something about Ted is immediately disarming in the most positive way.

In addition to his role in helping to keeping things at Laudisi running smoothly, he also works to increase the global footprint of C&D tobaccos. This is a big deal for our hobby as spreading the availability of great tobacco across the globe increases awareness and enjoyment of our hobby. Not to mention it’s of particular interest to me personally as so many of my favorite blends are made by C&D.

There is great complexity in getting a tobacco in to a new country, even with the help of a distributor on the other side. Often there are incredible compliance issues that need to be worked through for a new tobacco to be allowed in to a country. Recently, and even with a motivated partner on the other side, it took two years and incredible effort to get C&D tobaccos in to Italy.

But this is what Ted does. And thankfully he’s good at it.

When he’s not hard at working furthering the efforts of our beloved hobby he’s enjoying an Irish whiskey, a bottle of Laphroig, or Plymoth Gin (all favorites). That or he’s reading around the fire or playing with his wife and child—re-charging and getting ready to get back out there and continue his work, as Ted is one of the unsung heroes of our hobby.

I’ll leave you with a quote about the way Ted sees the work he’s doing at Laudisi:

“Twenty years ago the hobby was dying out. I think Smokingpipes and all of Laudisi has played a pivotal role in revitalizing the hobby. In 2018 part of our role is as a stakeholder in its health. We need to do this and do it well.”

I agree. And people like Ted are helping keeping things running from behind the scenes, with an attitude we can get behind. Thank you Ted. Keep up the good work.