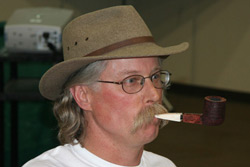 Our community is a unique one. And this month I had the opportunity to speak with a man who for 31 years has been passionate about working with the Special Olympics as a coach. For the unfamiliar, the Special Olympics is the world’s largest sports organization for people with intellectual disabilities.

Craig Watness, our focus for this month’s article, told me, “I would give up everything if I could fight for the rights and dignity of those with developmental disabilities. I started out in 1986 as a track and field coach. Three years later circumstances said I needed to be a soccer coach, and since 1989 I’ve been head soccer coach. I’ve coached soccer, basketball, t-ball, flag football, volleyball, roller skating—I’m 6 foot and 190 pounds and I’m a roller skating coach.”

I can’t think of a better place to start than this. Craig told me his wife passed away in 1996 rather suddenly and it was the Special Olympics community that wrapped their arms around him, “They lifted me up, pulled me through, and reminded me everything is going to be fine.”

Born and raised in Lakewood, Washington and having lived nowhere outside of the state. He worked as a waiter in the restaurant industry and then worked for 2.5 years for Cascade Airways. While there he said FedEx would come to the counter and pick up packages and ask, “When are you going to get a real job?” So, in April of 1981 Craig started full time with FedEx, “In one week of work at FedEx, I made more than I made full time in two weeks at Cascade Airways,” Craig told me. This April he’ll have been at FedEx for 37 years as a delivery driver.

As a FedEx driver Craig would run across families he knew from the Special Olympics, delivering packages to houses of an athlete here and there, “My community in Seattle comes from both the pipe community and this Special Olympics community.”

Two pretty fantastic places to find community if you ask me. So, to pivot a little more towards latter, Craig told me, “My grandfather smoked a pipe, my father smoked a pipe, both of them very infrequently. I had been an on and off pipe smoker at 19, 20, 21 around there. I was also a cigarette smoker.” Then around 1999 while playing around with pipes and not smoking them much, his wife picked up a Pipes and Tobacco Magazine at the store and said, “Do you know the Seattle Pipe club is meeting tonight, why don’t you go?”

There Craig ran in to an old friend and former next-door neighbor Tom Wolfe and they ended up in a slow smoke competition. Craig laughs that he lost that in a mere 22 minutes because he was talking and not really paying attention in his first slow smoke. He had another competition in ’02 where he didn’t place in the top 10, and then ’03 the United Pipe Clubs of America started and there were international rules set for slow smoking. That year he set the North American record at 1 hour, 55 minutes, and 12 seconds. A record which stands today. 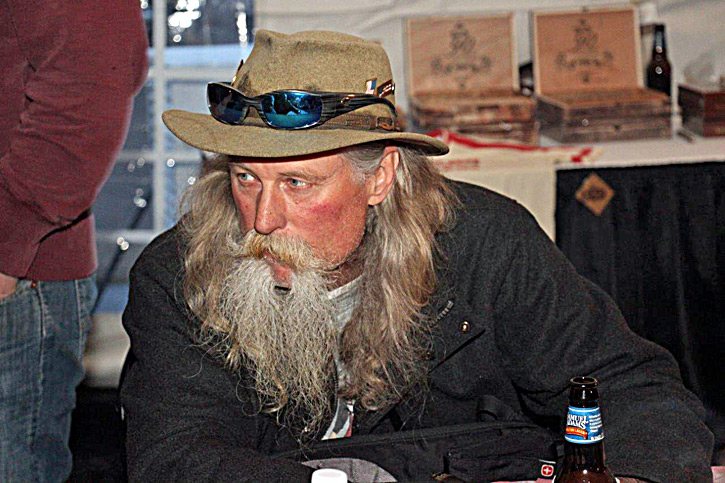 “I had no winning formula, it was the luck of the draw. And I think I was a little more studious on tamping it down, the two other people going over an hour and 30 minutes is what pushed me along. I don’t remember the tobacco, but it was good.” If you’re like me, this immediately leads to questions about his lifestyle and how much time he spends practicing slow smoking tobacco with an intentionality that might otherwise take away from the joys of the calm. But Craig was quick to put such thoughts to rest for me.

“I do not practice smoking a pipe. I enjoy the taste of tobacco. I enjoy the stuff you have to do to get a pipe going correctly. When I go in to a competition, I have not practiced but I have tried the tobacco. I get in to a zen-like thought process. Slow my breathing down. I don’t talk to people, because that will take away competition. And a lot of people are out to get me, and I want them to beat me. To me it’s just plain fun. It’s not a competition, it’s not stressful, it’s not a battle. Slow the heart rate, slow the breathing, enjoy the moment…”

And now I want to sit across from Craig and watch his unpracticed methodology.

In regular life Craig says he likes basically anything Joe Langford (the blender of the Seattle Pipe Club tobaccos) blends, Virginias and Periques, he doesn’t particularly care for Latakia, however the are some blends with it where he is a fan. These days he’s been sticking with River Rush. A few years ago, all he bought was bulldogs from just about anybody, Castello, Savinelli etc… these days he’s been smoking big pipes with big deep bowls. “I had one commissioned by Steve Liskey, absolutely fabulous big smoking pipe, and another one from a fellow pipe club member, Robert Amundson—he’s a full-time dad and he’s put together a deep bowl with a big draft hole.” He told me he finds a joy in the flavor of the middle of the pipe that lasts longer when using a bigger pipe.

Craig has been around and involved in the Seattle Pipe Club for long enough now that his stories go on longer than I have room for in this column, including the time he was gifted a $1,500 S. Bang stack billiard from an old retired English Professor. Being the slow-smoke champion is heroism enough, but building community at one of the most renown pipe clubs and volunteering for the Special Olympics, all while sharing his generous attitude pushes Craig right to the top.

I’ll leave you with a few words Matt Guss (an unofficial leader at the Seattle Pipe Club) gave me about Craig: “One of the original members from 2001, Craig is one of the most dependable stalwarts of the Club. Super generous of spirit and an absolute fixture — an amazing guy with broad shoulders ready to help in any way needed. Craig is our Club Slow Smoke Champion this year and 7 other times! He holds the US National Slow Smoke record and competes in Chicago every year. Plus, he has the best mustache of anyone in the club.”

You don’t have to have the best mustache to appear in this column, but it doesn’t hurt.