If I were a selfish man, I would never write this article as I would like to keep Edward’s Pipe & Tobacco my own little secret … just for me. You see they have so many beautiful one-of-a-kind pipes and I want to buy them all for myself. However, the secret was out a long time ago. The flagship location of Edward’s Pipe & Tobacco in Tampa is not a huge store, but they have been in business for 50 years and they really know pipes and tobacco. I am writing this as I am smoking my new Smitty hand-made Algerian briar bent with Acrylic mouthpiece. It smokes as beautiful as it looks. 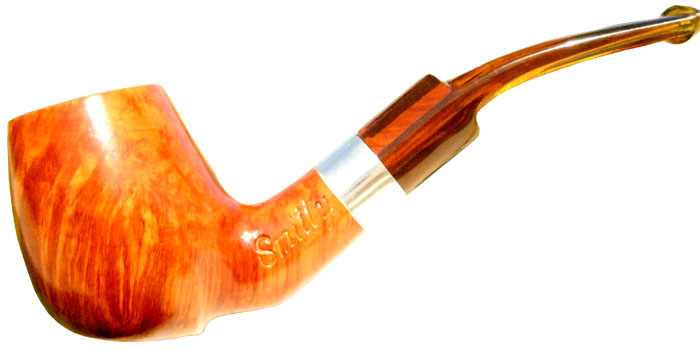 This was my second visit to Edward’s Pipe & Tobacco in Tampa. I first visited during the Ybor City Cigar Heritage festival in November 2008. Now that we’ve launched Pipes Magazine, I decided they would make a great first feature for the Pipe Manufacturer & Retailer Spotlight. One of the things I’ve learned in my experience working on the media side of the cigar business for the last four years is that everyone is extremely friendly and accommodating. This was certainly true of Edward’s Pipe & Tobacco.

I made my second visit to the store on Thursday, April 23, 2009. This was an impromptu visit. I had other business in Tampa that day and at the last minute got the idea to "kill two birds with one stone" and pop into Edward’s for an interview. I found out that "the boss" was at a different location, the wholesale and manufacturing division, FGT Enterprises, so I would have to go there for the interview.

With no advance notice whatsoever, Gordon Smith, "Smitty’s" son, and Vice President of FGT & Edwards granted me an interview. He spent all the time we needed to talk and gave me quite an interesting tour of the pipe finishing equipment and warehouse. But first, the store.

I spent time shopping (drooling over many pipes) and buying the Smitty Pipe shown above along with a couple of store blends and other assorted pipe accessories.

Bret Hart, the Assistant Manager was quite knowledgeable and friendly. He served coffee and espresso to patrons and was able to answer several questions about cigars and pipes that came up while I was there. Smoking is allowed in the store and several people were enjoying the privilege. 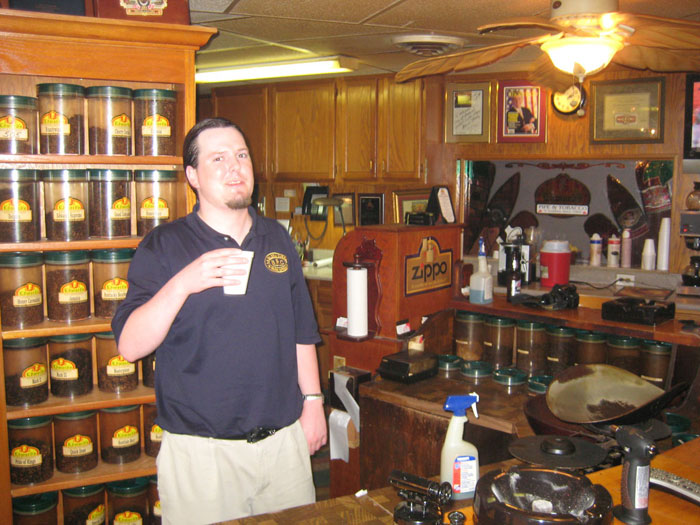 After I chose my new pipe, Bret prepared it by running brandy through the stem and bowl, and then polished it on a buffing wheel. I’ve purchased several pipes before, and this was the first time I was offered this service of preparing my new pipe.

As soon as you step into the store you will be delighted with all kinds of treats for the premium pipe smoker.

If you are in the Tampa Bay area, be sure to visit Edward’s Pipe & Tobacco and say hello to Bret. They open early at 8:00 am and many people stop by for their free morning coffee. Find them on the web at: http://www.edwardstampa.com

Watch for Part II where we tour the factory and talk to Gordon Smith, Vice President of FGT Enterprises and Edward’s Pipe & Tobacco.