A Smoke of Pipes 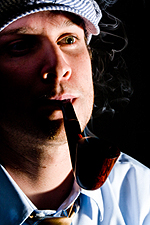 Ok so you’ve made up your mind that you’d like to try smoking a pipe. You’ve heard that it’s relaxing and a great way to spend time just sitting back and watching the world go by and maybe even a great way to contemplate where you want your life or business to go in the future.

Now you’re about to head down to your nearest pipe store to buy that pipe but, unless you’ve spent some time looking around the Net you could be in for a bit of a shock. You see, you just can’t walk into a store and ask for a pipe … well you could but the store clerk may look at you a bit strangely and he’s certainly going to have some questions for you for the term ‘pipe’ covers a huge range of shapes, sizes, and types.

Hopefully after reading this you’ll be a little more informed about pipes and have some better idea about what sort of pipe you’re looking for.

Quality
A lot of smokers who want to try a pipe are going to head down to the store with the idea that they’re not going to spend a lot of money. So they go looking for something cheap … something that’s not going to break the bank … and something they won’t feel that they’ve wasted their money on if they find that pipe smoking isn’t for them. 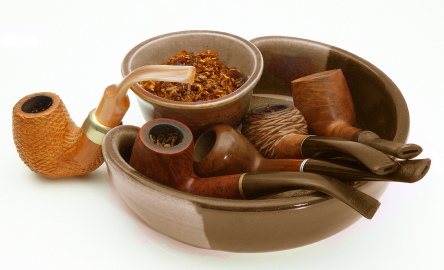 And straight away, they’re making a fundamental mistake. Sure you can pick up a pipe for a couple of bucks in a bargain bin somewhere but the price you pay for a pipe is in direct proportion to the quality you’re going to get and those cheap pipes are not going to give you the smoking experience you want … especially when you’re just starting out.

So if you want to give pipe smoking a real test then be prepared to spend some dollars and maybe think of buying something around the $50.00 mark for your first pipe. Also be prepared to buy the pipe from a specialty store. Yes you can find them in a few other places but the specialty stores are the places to go to get the right advice so don’t waste time going elsewhere.

So what makes a good pipe?
There are three main parts to every pipe. There’s the bowl that holds the tobacco while you smoke it. The bowl is attached to the shank which is designed to keep the bowl away from your face and allow the smoke to cool before it enters your mouth and the shank is attached to the stem … the part that actually goes into your mouth.

The most noticeable difference in some pipes is the shape of the shank; some are straight and some are curved. The shape of the shank is more about what’s comfortable for the smoker than anything else. Some people like the way a pipe with a curved shank feels when it’s in their mouth or when they hold it and some prefer a pipe with a straight shank.

The most important factor in what makes a good pipe is the material that it’s made out of and a briar pipe is what you should be aiming for. Briar is a type of wood that comes from the roots of a bush found around the Mediterranean Sea. The briar wood is very tough and very heat resistant and it’s the perfect material for pipes.

Briar’s ability to resist heat isn’t the only reason that it’s ideal for pipes. Briar is actually somewhat porous and so the moisture and heat in the tobacco can escape and cool air can enter the bowl and that allows the tobacco to burn more evenly. So definitely aim for a briar pipe … even just to test the waters.

There are basically three different exteriors on a pipe. There’s the smooth polished pipe that’s gentle to the touch and some people might think that it gives of an air of refinement and adds that refinement to the smoker’s image.

There’s also the roughened exterior … something that’s created by sandblasting the exterior of the bowl. Some roughened exteriors go beyond a light sandblasting and have a very pitted exterior and, while you think that may be a little too rugged a look for you, there are some advantages in a roughened surface. You see, the rougher the surface the greater the surface area and if it’s a good briar pipe that means a larger surface area to be air-cooled and that leads to a cooler smoke.

But beauty is in the eye of the beholder and the choice of exteriors really does come down to a personal preference.

Before I close this piece on pipes I really should briefly mention carved meerschaum pipes. These pipes are beautiful works of art but their beauty grows with their age and use. You won’t find these in a close-out bin at your tobacconist or pipe store and you won’t pick one of these beauties up for $50.00 either but they certainly are something to aspire to further into your pipe-smoking experience.

So there you have a brief introduction to pipes. I really have only briefly touched on the topic and there is so much more to learn about those pipes that can deliver so much pleasure.