Cellaring tobacco happens in a few ways; some intentional, others incidental. As any member of this forum could certainly attest, adding a few more tins than one can smoke in a reasonable amount of time to an order (or even just one more tin to hit that free shipping threshold) is a by-product of being consistently engaged in the hobby (or pastime, or however you think of this thing we all do). Hopping on the hype train for a new blend, a limited seasonal release, or small-batch experiment from the blending houses is certainly to blame for more than a few stockpiles—it’s easy to become mesmerized by the dizzying variety of superb product available to us today. Frequently it’s the draw of a well-timed sale coinciding with a surplus in discretionary funds—I can’t be the only one who somehow ended up with 115 pounds of Mixture 79 in their cellar, can I? Now and again it’s something as simple as lovely tin art, or a name that conjures a fond memory, or just boredom with our current rotation that inspires an irregular purchase of a random blend.

Thus the discovery of a lone tin of Fribourg & Treyer’s Blackjack circa 2011 in my own collection falls somewhere around the last example. My preferred lane in pipe blends decidedly tends toward Virginias, and this purchase was something that I assume I had picked up for breaking the routine of my old standards in that genre. This was also obtained at a time slightly before I had been keeping a detailed tasting journal, so although I know I’d smoked it before and recall it as a solid performer, no notes of the experiences I’d had previously were recorded. Nevertheless, I was excited to embark on that journey of re-discovery, expecting to find a new standby or a lost gem. Fribourg & Treyer is a top-notch marque of the estimable Kohlhase & Kopp house, perhaps a bit underrated in the States, and by and large deliver solid value with quality and variety aplenty in their portfolio.

A tin of any Virginia tobacco with a decade under its lid is a treasure to hold, with the promise of a monk-worthy satori waiting on just the other side of that lid. What wonderful things may time and chance have created? This is the heart of cellardiving—the possibility that old blends can become new again, perhaps something entirely other than their younger selves, much like we as people do. Sometimes, with a bit of luck and a lot of chance, a tobacco can even become a transformative experience, that holy grail of substances, manna from heaven. What wonders lay in store for me behind the old-fashioned black and white lid? What wondrous alchemy has transpired while unattended? Waiting for just the right time, with just the right pipe, I readied myself to be floored by the decadent treat inside….

The seal was good, the tobacco inside still quite moist, and its bouquet was full of notes of fresh cut spring hay, sharp tangy oak, and flat diet cola, which tempered down to include dry raisin and a hint of chocolate overtones after some days’ air time. Moving on to the smoke itself, it was good—very good in fact, for one who enjoys an unassuming, unadorned Virginia. If I were tasting it blindfolded I’d have guessed it had some small bit of Izmir in it, as the smoke leaned heavily into that Turkish flavor profile, but careful inspection of the leaf seemed to reveal only the ingredients as advertised: a ready-rubbed pure Red Virginia flake of excellent quality, well-tumbled and rather uniformly chestnut brown. The blend is good, undeniably—it hits that sharp, tangy note that it should, burns easily, has a pleasantly light mouthfeel with no bite; almost all the things a solid Virginia should have, if lacking in any definable sweetness or much in the way of a citrusy cast. The flavor profile intones old familiar Virginia notes—grassy vegetal shades that in this instance were more mellowed into the territory of silage, with the sharpness of a Wisconsin cheddar and a hint of burned rubber when overheating the mid-bowl—but it was still just…very good. No angels appeared with trumpets, no out-of-body experience, no whirlwind of emotions, no fireworks or fanfare…just a solid, steady, straight Virginia smoke.

Perhaps it was the pipe? Testing out a variety of pipes, all similarly dedicated to light Virginia blends, yielded results that were only remarkable for their similarity. My packing technique, though it may lack grace, seemed adequate to keep it burning with only a light or two throughout an entire bowl, so that shouldn’t be the issue. Time of day, accompanying beverage, pre- or post-meal, it was always the same blend. No, I had to face it: at issue were my preconceptions and expectations for the tobacco itself. I had gone fishing for Moby Dick, and turned up only herring. 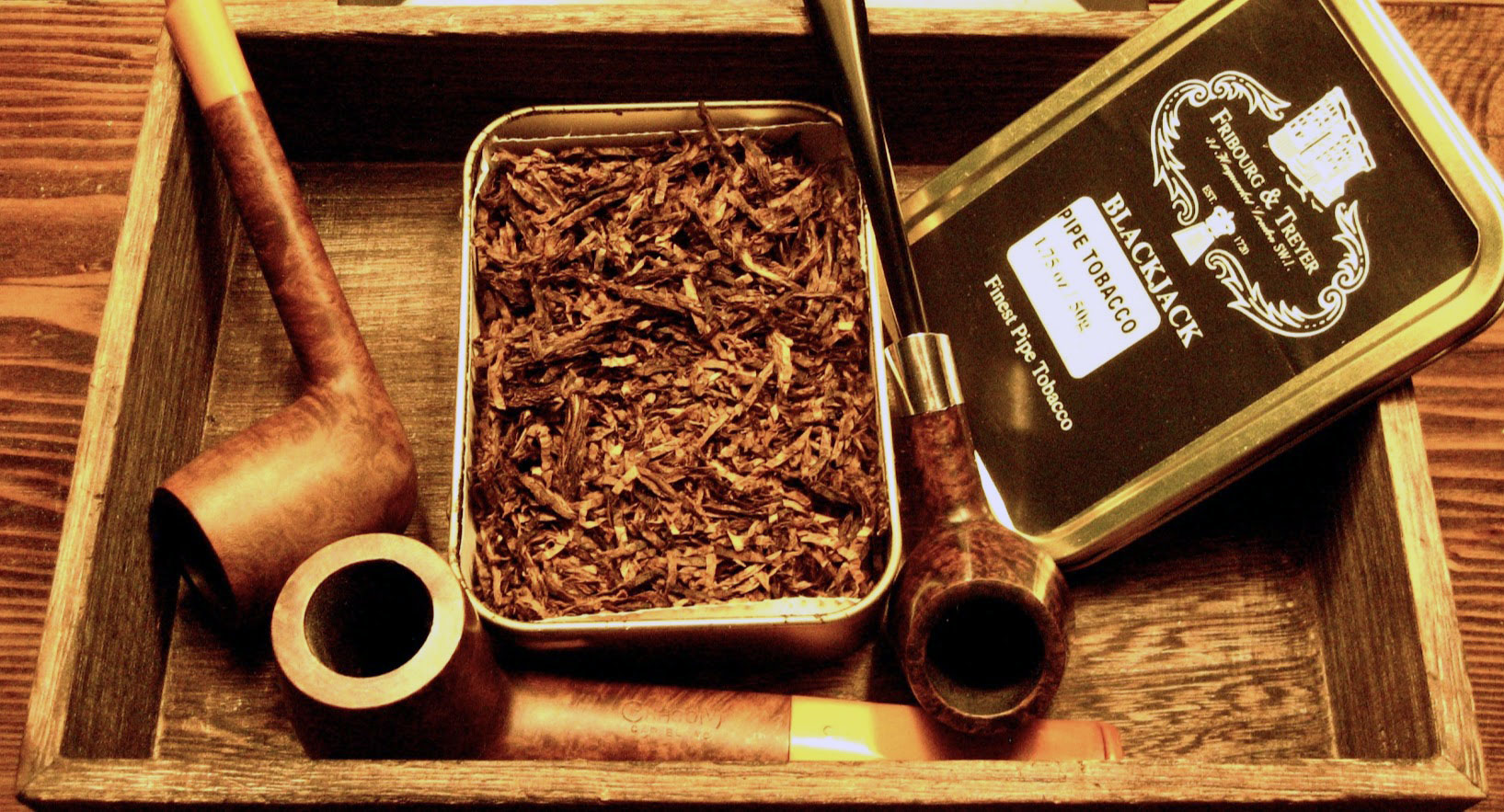 The greater part of my consternation at being underwhelmed by the experience lay in my own expectations and assumptions regarding aged tobacco in general. To be fair, I have had some enlightenment-grade tobacco experiences. A larger percentage of moderately- to well-aged blends, at least in my reckoning, are decidedly wonderful—sometimes dancing around the edges of sublime: sometimes merely far superior to a fresh batch, sometimes becoming something entirely different and unique, but generally very, very good. Another, perhaps larger, percentage show little to no change, and another small percentage show marked decline. By all indicators, this tin should have been something special…shouldn’t it have? Perhaps. As it was, it fell squarely in the percentage of little change. And it took me a couple days to reconcile myself with being alright with that, and hoping to learn from it.

“Things aren’t different. Things are things.” So opines Wintermute, the hidden protagonist of Neuromancer, a novel I re-read with alarming regularity. The kernel of truth here is that with one’s perceptions, it’s somewhere between being a matter of perspective and a matter of…no consequence whatsoever. Again, if I’d tasted this blend blind, I’d have enjoyed it for what it is, perhaps guessed slightly incorrectly at its ingredients, and chalked it up as a fine enough smoke. While not a favorite for my preferred taste, I could certainly see it being someone else’s, and wouldn’t avoid it in the future if only for a change of pace. That I came into the experience with a list of expectations centered around past experiences and wishful suppositions merely served to detract from my perception of what was actually there in the bowl, in the moment. To be truthful to my own experience, it would be necessary to shed all the preconception and focus laser-like just on what was—the act of smoking, the flavor itself. As zen teaches, to seek is to suffer; to seek nothing is bliss.

Time for the big question: would I say I’d gotten my money’s worth? Absolutely. While I’ve not directly compared this tin to a fresh vintage, and though it took me more than half a tin to get over my own hangups about what I should be tasting, rather than what I was, the journey of this tin was worth its weight in gold. That it’s not a spectacular, astonishing, angels-trumpeting-extravaganza for my senses is beside the point—or, more precisely, is just the point. It’s a Virginia blend of excellent tobacco with all the sharp edges rounded off, sits easy on the palate, has light body and medium nicotine, and provides all the joy that piping entails. The room note is pure tobacco, but not overpowering. It will likely make a good base to add a pinch of this or that to; Perique of course springs to mind, but perhaps cutting in an aromatic or some heavier Latakia blend will transform its complexion positively for me. In the end, I always try to find something special about a smoke. That such a protracted time aging seems to have had little effect on this Blackjack is only part of the equation; its specialness lies in the mere fact that it exists at all, that it survived a decade of my own peregrinations, and that now is when I chose to release it back to the flow of time. I just hope this lesson I’ve learned sticks with me, and that I can look forward to every new tobacco from the same frame of reference—or lack thereof. 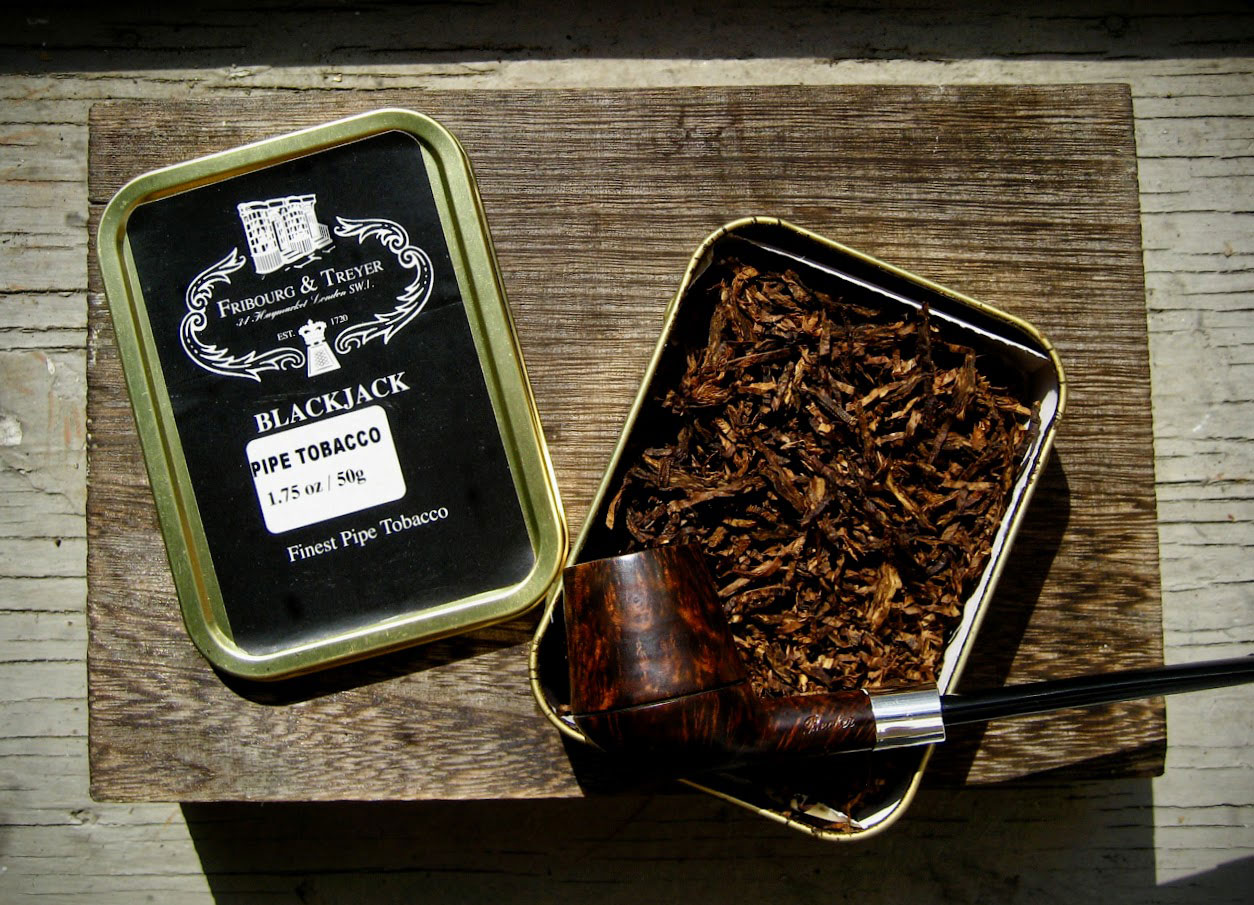 View all posts by: E. Roberts