I mentioned the following tattoos in another thread. But then I thought, kind of an interesting thread idea, isn’t it?

What’s the story behind your most significant tattoos?
My dad quick work with the Railroad when he was 19 to serve in the Navy. He didn't have to, since he couldn't be drafted. His dad died when he was young, and his only brother was killed in WWII. He'd gotten a tattoo of a little kitty with a salior's cap on his upper left arm.
That tattoo endeared me to him. Tough son-of-a-bitch that he was, fearsome as he was, he had a little kitty tattoo.
Long after his death my sister wanted to know if I could find a picture of that tattoo. She wanted one, as a tribute to him. We got to talking about it, and she burst out laughing when I didn't know the story behind it. "You don't know why he had that tattoo?"
"Nope."
"He got drunk on shore leave in England. The guys had that done to him while he was passed out. Didn't want him going on his first shore leave abroad without getting a little pussy."
I did not know that. And I think I love him more. Differently now, but more.
My tattoos have different stories, but my granddaughter knows them.
I have a giant rose on my upper left arm. Hey, if the Old Man was man enough to sport a kitty.... Its leaves show below my short sleeve shirts, looking like marijuana to some, and I have to raise it now and then to show them what it is, a tribute to the women of my life. My mom was Diana Rose (and her name is on a petal). Then there was Gramma Rose and my sister Amanda Rose. I have two aunts named Rose, and several of my nieces and my female cousins have Rose in their names.
The other is a turtle, identical to my wife's. It's how we got engaged. The turtle is an emblem of long, steady love, calm and enduring.
My oldest step-daughter burst into tears without any exposition about our turtles when she saw them. She knew what it meant. A symbol far more permanent than a simple ring. To our grandchildren, an intrinsic part of the legends of their lineage

Just sitting here after posting this, still smiling. It really was a problem I worked on as a kid. Other sailors I knew had anchors or mermaids. My dad had a little kitty. It had affected me so deeply that this hard, line-faced, sun-weathered John Wayne of a man... had a little kitty for a tattoo.
Knowing the reason sort of... reminds me how we "create" a person to love. The corollary is, the people we don't like, the ones we hate, probably hating an illusory perception of them, and do not really hate the real them at all.

I'm probally one of the few people anymore who doesnt have a tattoo..Goverment didn't want me to be identified..

Get checked for a chip. (The sneaky bastards!) 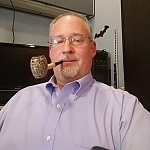 I have a Batman bat symbol on my right bicep.
When I first got into a 12-step fellowship, they suggested that I find something to believe in and, at the time, I couldn't believe in anything, least of all myself.
I finally decided that if I abstained from drink with the same dedication that the Batman fights crime I'd have a pretty good chance of success.
I'm a geek but not a lunatic. I know the Batman is not real, but he does make a pretty good symbol of absolute dedication to a cause.
Oh, I have a rose, too, but only because roses are cool.

I love Monarch Butterflies so I have one on my arm.Partly to prove to my son that I had the nerve to get it done.I don't mind saying that getting it done hurt quite a bit.

"I'm probally one of the few people anymore who doesnt have a tattoo"
You are among the 80% of adults that do not have a tattoo. Among a certain younger age group, the number of persons with tattoos is double the average at 40%. Middle-aged and older folks are fueling a strong market for tattoo removal. Tattoos like any fade, pipe smoking for instance, will wax and wane. My favorite
"Arguably the most famous celebrity tattoo do-over belongs to Johnny Depp, who got the name of his girlfriend (and Edward Scissorhands costar) Winona Ryder emblazoned on his right shoulder as "Winona Forever." The inscription, sadly, was not prophetic. The couple broke up in the early '90s. In 1994, Depp had the last two letters of Ryder's first name removed, creating the motto "Wino Forever." As he told Playboy, the new tattoo is "actually a bit more accurate.""
http://www.people.com/article/angelina-jolie-johnny-depp-melanie-griffith-stars-remove-tattoos

No ink on this Irish skin. I'm not afraid of needles. I don't wear jewelry either. I used to wear a wedding ring and a watch, and as a kid I wore a St Christopher's medal.

I got divorced, retired, and realized that the word of GOD is all creation, not what some frock wearing Bishop, Cardinal, or Priest tells me it is. (not necessarily in that order.)

I am liking the tack taken by Pope Francis on human rights and the environment.

When I was in my teens and twenties, tattoos were not popular among civilians so much. When I was in the Navy, I spent time studying tattoo parlor art trying to decide if there was any art I could live with for the duration. Maybe a rose and an anchor. It was the selection of one piece of art, the fading, and the anticipated aging of myself that made me not do it. I've been intrigued as tattoos became fashionable as much or more for civilians, and became a way of life for some young people, and almost ordinary for professional athletes. Inevitably, the prevalence of tattoos will fade, but for one or two generations, they are a rite of passage and a mode of self-expression.

No tattoos here either. See no point to it, except maybe to attract tattooed women, and tattoos on women disgust me.

About 25 years ago my wife and I got wedding bands tattooed on our fingers. I told her diamonds aren't forever, as you could lose it, but tattoos are forever! After retiring, we both got a couple of more tattoos on our forearms just to show everyone what rebels we are! HA! (and no, I didn't get "Born To Be Mild") :mrgreen:

mso489, you can always cut long hair, discard the beads, take a shower and put on shoes, but them there tatoos are a 'right of passage' that proclaim themselves forever.

Orley, that's a great idea for wedding rings. If only marriages could all last like yours.

Imagine, all marriages requiring tatoo'd wedding rings and divorce not acknowledged w/o the loss of each spouse's ring finger. 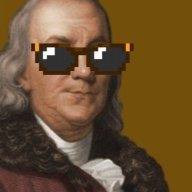 I have a full sleeve on my right arm of historical elements and landmarks from Philadelphia. Took 5 hours a month in the chair for two years to complete.
I've had it for about a decade now and I don't regret it (so far). My job skills allow me to work in an environment that is not affected by visible tattoos. It's a reminder of a time in my life that holds importance and I will always beleive that the person I am was greatly affected by where I was born and raised.

No tattoos for me. Never found anything that I wanted to stay on me.
The coolest tattoo I have ever seen was a nazgul from the Lord of the Rings, diving down the guys arm. I bet he will regret it eventually.

I have a large rose on my right bicep that has my wife's name, Sheila, on a ribbon wrapped around it.
I also have a large group of flowers on my upper right back/shoulder that has my two oldest daughter's names on a ribbon that runs through it.
The tattoo that I don't have is the one I have the most fun with. You see I have three daughters and I have yet to add the youngest ones name to the bouquet alongside her sisters. She is 20 now and when she asked me why I don't have her name on there yet I told her it is because I haven't decided if I'm keeping her yet?? :D In all seriousness I am currently seeking out an artist to freshen the tattoo up, make it larger and maybe if she's good I'll add her name too. :

:
I've had my tattoos for 27 and 25 years and though they have faded a bit over time there significance to me is still as bright as when they were new and I have no regrets. I still like tattoos a lot and if I had the time/money I would have full sleeves.

Glad to know that I'm not the only one...but I do really like the turtle idea..

None here. I've been workshopping an idea recently--a Johnnie Walker label but with a stylized Gandalf silhouette in place of the Striding Man logo, and the label would read "Grey Label". But I doubt it'll actually happen.

LOL
Ask for people to tell the stories of their tattoos; half the responses come from people who don't have one, even some explaining their reasoning *why* they won't get on, and one saying tatts on women disgust him. All those other threads to post to... And the opportunity to start one called, "Why I don't have a tattoo."
Not upset. Not trying to control it. Just slightly surprised. In hindsight, should have expected it. Didn't stop to think, people who don't have one will feel excluded, will feel the need to post something, too, since they belong to the forum, too.
Gets me reflecting, have I done this myself? Hmmm... I know I've posted to threads I read wrong. I got set straight right away and felt foolish. Maybe I have done this. (Someone will remind me if I have, pretty sure).
Taking a lesson here to make sure I more consciously guard against doing it in the future, though.

One guy says to the other, "what do you think of tatoos?" his friend responds: "I don't much think about them, and am not interested in one for myself"...the first guys says: "well, if you HAD to have a tatoo, what would it be?" friend thinks a moment and says: "I'd get the face of a beautiful woman".....first guys says: "Oh, really?, where would you put it?"...friend says: "on my wife's face!" :