Would This Happen In The USA? (Margaret Thatcher)

Without getting into the politics of whether you agree or not with how she did the job, it's been interesting to see the huge divide in public opinion in the UK in the week that former Prime Minister Margaret Thatcher died.
As a protest against what she did in office, there has been a campaign to get the Wizard of Oz song, "Ding Dong The Witch Is Dead" to number 1 in the main music chart. It looks like it will be top of the charts by Sunday.
This has left the BBC, who play the official chart, with a dilemma. If they play it, supporters with say it is in bad taste, if they ban it, they will be accused of censorship!
Would anything similar happen in the States? Has any past President polarized opinion to that degree?
This is not me want to be a political discussion, but one about the reaction this news has caused.
http://m.bbc.co.uk/news/uk-22126940
A similar campaign a few years ago saw people get sick of the winner of Simon Cowell's X Factor always being the Christmas Number 1. That managed to push Rage Against the Machine to the Christmas top spot instead. Is this a new form of protest?

I'm not sure any one pays that much attention to the charts here. I think the BBC is handling this issue the best way possible: not denying it happened, not playing the whole song and having a news reader talk a little about the situation and treating like a news story, which it is, as opposed to an organic phenomenon where suddenly everyone in Britain woke up one day with a hankering for musical cinema.
I believe it is a new form of protest and will probably remain so as long as someone is tracking what people buy and the price for a single download remains affordable.

I think it's a very interesting, and let's be honest, very peaceful, form of protest. It's nice to see that the charts are genuinely a representation of public opinion and not, as I previously though, a publicity outlet for big labels. As for Thatcher, and her polarizing effect on the people, I see it a bit(although much more extreme) like the effect Charles de Gaulle had on the french political scene, while many adore him, and still holds him as the greatest french hero of the war, others, like my grandparents, see him as a traitor, and a coward for the way he handled the Algerian revolution and the french citizens living over there. I believe that, in the united states, a president would not create such a powerful reaction, resentment and hate sure, but not complete and utter polarization. But as usual, I may be wrong.

Here's an interesting article I read the other day in the USA today (free hotel paper....)

http://www.usatoday.com/story/opinion/2013/04/09/thatcher-britain-polarization-column/2064787/?utm_source=feedburner&utm_medium=feed&utm_campaign=Feed%3A+News-Opinion+%28News+-+Opinion%29
They referred to the polarizing effect of Thatcher and several US politicians as "derangement syndrome". Other that this last election the popular vote has been a razor thin, 50-50 margin so I think while the polarzing effect is enhanced, I don't think to the level shown in the UK over Thatcher. If any past US President died, I don't think we would hear radio stations playing songs like heard in the UK (Ding Dong..)

Don't the British Politicians get kind of "Excited" in the Paliment during elections & get-to-gethers anyway?

Ding dong?... poor taste to me, only my opinion. I wouldn't sing songs about Chavez either.

Would anything similar happen in the States? Has any past President polarized opinion to that degree?
Click to expand...

Yes, there have been polarizing presidents in the not too distant past.
And I can see something like this happening in the states, but it seems like it would be more likely to happen in England. My perception is that the English have a solid sense of humor - and so driving "Dong Dong" the the top of the charts is sort of fitting, a humorous method of protest.

I think our current President has the nation pretty polarizied right now and his predecessor did as well.
I don't know much about Maragaret Thatcher's time as Prime Minister of Great Britain, but I will say I have a lot of respect for her being the first woman to be Prime Minister. I think she paved the way for women in American politics.

i'm a fan of dissent. as long as people keep saying what idiots our leaders are i feel we're safe.

I'm divided on the Iron Lady. On the one hand I respect her forthrightness, and quick wit. On the other hand I lament deeply her attacks on British unions, and her lack of empathy for Britain's working poor.

I think playing the song in the vein intended is a completely tasteless and classless thing to do. She is dead. Move on.

I think the protest is in pretty poor taste. It is typically British though! I'm half Brit so I feel qualified to say that.

disagreeing with someones politics is normal,crowing & singing songs celbrating a persons demise is not. Just my opinion. 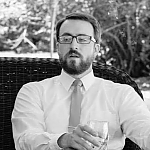 I've got no problem, in theory, with those who disliked her voicing their opinion. I disagree, of course (as I sit here on the college campus with the only Thatcher statue in the states). However, they cross the line with deragatory slogans and celebrating death. Disagreeing with someone is one thing, celebrating their passing is macabre and uncalled for. As to the U.S, we had a similar reaction when Bin Laden was killed. No problem being grateful that justice was done and, more importantly, that the world was a little safer, but thanking God that he was dead crossed a line, just IMHO.

I can't draw any similarities between a polarizing elected official of nearly any country and a terrorist who's followers killed thousands.

Thank you for the interesting comments. As protests go, I think it is better to express things through music rather than riots! There have been some street parties, which I think is going a little too far. She does have two children that are grieving.
Although, it's not like people are saying anything that wasn't said to her whilst she was in power! I think many Brits are divided as to her legacy. She did some great things and some not so great. She was firm and determined, but also stubborn when a policy was clearly flawed. She did have the courage to send a task force to retake the Falkland islands when Argentina invaded. And, with President Reagan, saw the end of the cold war. Then again, there are still places that never really recovered from the coal mines closing and we now import coal at a ridiculous price. A mixed legacy indeed!
Interesting times!

Not sure America would ever do something like trying to put "The Wicked WItch Is Dead" into the top music charts though. We have however made parody songs of sitting presidents. Like when President Clinton was in office and going through the whole Monica Lewinksy scandal someone with a very good Clinton accent chanegd Notorious B.I.G.'s song "Mo Money Mo Problems" into "Mo Booty Mo Problems". Here's the parody for anyone that's interested
null

"I can't draw any similarities between a polarizing elected official of nearly any country and a terrorist who's followers killed thousands."
+1 Al. Well said.
Ah, to be in college...

I love Lady Thatcher, love what she stood for and the strength of her convictions. We don't have anyone like that left in our world. Any time you have a great leader, you will make a large bock of the populate hate you. Thats normal. My hero Ronald Regan had many. That said, as tasteless as this protest is, I believe they should have the right to voice their opinions and be heard. The irony seems to be lost on them though. Without someone like Lady Thatcher, such protests could have easily been forbidden and perhaps someday will.

We definitely have parody songs here in the US on all levels (political/pop figures) but those songs would never make any kind of "Top 40" type chart. I also certainly wouldn't want to limit anyones freedom of speech here in the US, witness the fools at the Westboro Baptist Church.

We in this country have politicians of both parties who seem to be extreme and only fight each other.I think that most people though want them to work together to solve the many problems that we believe need common sense solutions.As far as music goes I don't think most folks like what they feel are radical lyrics.