Why Switch from Cigarettes to Pipe? 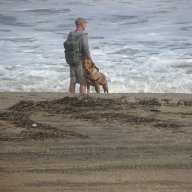 For me, personal health-wise (at least cardio), quitting cigarettes and switching to pipes and cigars made a night and day difference for me. I am perfectly content to only retrohale pipes and cigars (and not every puff at that) and enjoy the nicotine buzz but never crave it like with cigarettes. For example I'm not going crazy wishing I could have a cigarette on a long overseas flight. I'd _like_ to have a pipe, but I don't feel any _need_ to so. As to the cardio, after switching off cigarettes I went from getting winded walking up to the top of a parking garage to running half marathons regularly. Again, not inhaling into my lungs was certainly the big difference. I suppose I could smoke cigarettes without inhaling, but that sounds ridiculous, and certainly wouldn't be enjoyable to me.
Reactions: anotherbob 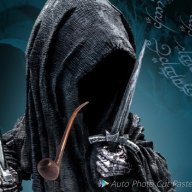 My uncle smoked most of his life, mostly smokers choice cigarillos and never inhaled. At 79 his doctor told him he had the lungs of a non smoker. Last year he died of colon cancer. He was told it wasn’t related to smoking though. While it doesn’t really help in this debate, I thought it was an interesting fact to share.
Reactions: CoffeeAndBourbon and chopper

"Why Switch from Cigarettes to Pipe?"

I have yet to come up with a reason to switch.
Reactions: Chasing Embers, aspiring_sage and PaulTheScandinavian
T

why I switched to Pipe tobacco.. it is Way cheaper that's for sure.

And it is more aromatic.... even though this is a non aromatic American Blend tobacco.
I dont have to inhale to get what I want I guess... though it does give a bit of tongue burn but I can work on that. Plus I roll it in a paper. But I want to work on using cigar leaves .. like Fronto leaf strip in paper.. I know it sounds odd but that sounds easiest to roll with pipe tobaccos...
Reactions: aspiring_sage 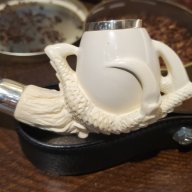 For me. It's because of the withdrawal symptoms of cigarettes.
If I don't smoke at least 1 cigarette per day.(not 1 pack, just 1)
My hands would be shaking and my heart beats would increase.

I never had any symptoms with pipes. And the cigarettes tasted like poopoo for me now.
Reactions: TheSt0rm
T

There is a tobacco smoked in the Dominican Republic which is basically rope Pipe tobacco, but which many smoke in papers. Well, that gives me some confidence, that I'm not the only one rolling pipe tobacco in papers.

And I forgot the name of this tobacco.. I used to know it. Now I can't search for it...

edit: ah, now I found it. It's called Andullo aka Rope tobacco.

Also the Mapacho in the Amazon rainforest is or can also be smoked as pipe tobacco/cigar tobacoo...
Last edited: Jun 23, 2022
T

I was able to get piece of the log.. and I would chip away at it and smoke it in my corncob pipe. Wow... and for some reason I dont remember getting much gurgling from that. Maybe I did I just dont remember. I would smoke it without having to rehumidify it or whatever lol. but the outside is covered in mold so it's not good to smoke that part. It's not easy to chip away at it.

I like it because it has no additives.. pretty rare for such a tobacco to have no additives I guess.

mateusbrown said:
I had the initial idea that I would replace cigarettes with the pipe, but it has not turned out that way after a few months of both. I will smoke a pipe, and then I will want to smoke a cigarette not too much later. I don't inhale either one. There is inhaling by default since I smoke the pipe indoors whereas I only smoke a cigarette outdoors. I smoke a cigarette just like you would a cigar or pipe, only taking it into the mouth, which leads me to believe I may not be as addicted as I think to the nicotine as I will sometimes go most of the day without smoking after the initial morning-time hit of a pipe followed up with at least three cigarettes while drinking coffee. This sounds unbelievable, but I guess I never learned to do it the "right way." I have noticed that hard-core cigarette smokers deep-inhale hold it in and don't really exhale too much smoke whereas that is not what I do. If I had been smoking "correctly" for the past 30 years, I also doubt I'd be able to run and lift weights, etc. like I do. I'm not saying I'm under the delusion that what I do is healthy by any means, though.
Click to expand...

inhaling doesn't give a significantly higher level of nicotine. It does effect how quickly it's absorbed into the blood stream and how quickly it goes from the blood into the brain. Which has a lot of effects including how quickly the body metabolizes the nicotine. So might be more addicted then you think. The test isn't how much in a day as much as how long can you go comfortably without.
T

If I smoke by the nose more.. I dont get any tongue bite/burn. And I can handle quite a bit of nose burn much more than tongue bite...

I still smoke like crazy.. but I dont have to inhale.... It's different than inhaling.. it's more about the retrohales... and the nose...

But anyways, and 'nosing' like I do, lol I dont know what to call it.. cannot really be done as much with pipes I guess, unless you get a pipe that has the bowl close to the nose maybe. I think it's different than French Inhales.. tho some of the smoke can come from the mouth as it's being puffed. It is just.. not inhaled deep into the lungs. It's more about the nose burn you get... and then it can be retrohaled, and exhaled out the mouth.

Infact this can be done with cigarettes.. I would often train myself not inhaling at all or very little (like half inhaling or less, half exhaling or more the rest), American Spirits by just holding it on my lips and getting the nose on it, and retrohaling. I did this before switching...

I mean you can do French INhales also but i associate that more with a deeper inhale into the lungs.. what Im talking a bout its more shallow but it can cause the back of the throat to burn also.

So yeah I get my "nicotine hit" from those burning sensations now instead of having to inhale lol. Plus the mild tongue bite/spiciness. And the aroma of course.
Last edited: Jun 23, 2022
Reactions: aspiring_sage
T

Also dont get me wrong.... I do get the craving for Inhalable tobaccos though.

But now since I learned how to prepare from whole leaf... I can make my own cigarette. And I would prefer that now over American Spirit. Pipe tobacco isn't really for inhaling.. (atleast Most , because of the way it is Classed or categorized) even though what I'm smoking is an American Blend.. for some reason it is not prepared the same way for inhaling like American Spirit is. But I know how to do that from whole leaf now so why would I go back? Esp. now that I have blendable pipe tobacco to work on my technique with, ie the preparing whole leaf tobacco from scratch...

But it'll be rarer that I'll smoke a cigarette I guess (inhalable that is). I can treat it as ceremonial or smtg... a ceremonial cigarette lol. 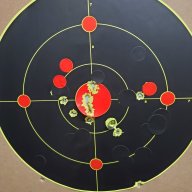 hoosierpipeguy said:
If you'll take the time to learn the pipe, find the blends you enjoy and develop the patience to deal with the elements of pipe smoking, you'll answer your question. I quit smoking cigarettes in 2007. Not one puff since. And I don't miss them one bit.
Click to expand... 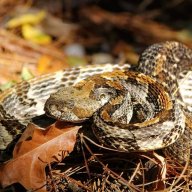 Aomalley27 said:
Assuming you DON’T inhale the pipe smoke; then it’ll be a less costly health risk. (Although, If you do inhale both, then the piping is probably worse. Saw a study where the median nicotine level per cigarette was 12 mg; and the average nicotine level in a bowl was around 130 mg; However the big difference was inhalation, whereas most cigarette smokers absorb almost 90% of that nicotine, whilst pipers that don’t inhale generally absorb less than 2% of the nicotine)
Economically; piping is cheaper. My neck of the woods, a pack of cigs is $17. What’s in a pack? 12 cigs???? A 50g tin will normally yield me around 20 bowls. Plus it won’t go stale if stored properly.
Click to expand...