Where Do You Get Meerschaum Cases Made

I have a Bekler Meer that I never had a case for. Does anyone know if there are places who will make them for you or has anyone every come up with a substitute?

I am currently working on a solution for the same problem but don't yet have one. I will let you know when I do. From what I've heard you can't get one made by the meer carvers.

I wonder if you could make one out of Kydex like they do for pistols and knives.

Sparks, I agree. If we could have cases made for our high grade pipes that would be great. I seem to remember Adam Davidson doing this a while ago.
Richard

So what do I need to make them Sounds like a niche market. 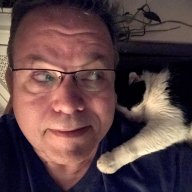 The old cases appear to be carved from a block of wood, carefully upholstered in leather. It would seem that there are more than a few trade secrets and special skills involved to get the fit and finish as nice as they did. Some of those old cases are works of art in and of themselves, with beautifully fitted interiors and expertly covered in leather.
Follow this link to a transcription of an interview done in 1977 with the widow of a Boston meer carver. It seems, at the time, that carvers bought the case then carved the pipe to fit!
The following excerpt begins on page 6.
Q: So the cases were made before the pipes were… before the stems were put on?

A: Oh, yes. If he wanted a case to fit the pipe, he’d have to have the case down first and have the stem made like that. That’s quite the trade. In most cases, all blocks of wood, they are all solid wood. That’s all cut by hand. There used to be case makers, you can’t get a case maker today. There’s nobody around who makes cases anymore. If they did make them, why they’d charge so much it would be impossible to use them on a pipe.

Q: Who were some of the people who used to make the cases? Do you remember any of the names?

A: Yeah, but they’re all dead now. They were from down New York there. There was a Mr. Beck that I used to know, and he is dead now and his family is all dead now. I used to chum around with his daughters.

Q: Were there several pipe carvers and they all knew each other, or …?

A: Oh, yeah, there used to be a lot of them around… not pipe carvers, I would say, but… like one would make the case, one would cover the cases, one would put the lining in, one would cover them with the leather on the outside, you know. That was all… sort of a family affair, I guess. They used to live here in Jamaica Plain. A whole lot of them lived around handy so they would see one another and they would go down to the pub and have a glass of beer or something.

I've wondered why some old pipes have bent stems that don't really work that well. It was the case makers fault!

that carvers bought the case then carved the pipe to fit!
Click to expand...

Walt Cannoy makes the cases for his meerschaums.
if you look thru his ig you'll see quite a few in-progress shots of the process he uses,