I can't comment without being political. I will note,however, that the Governor is a a convicted felon for Medicaid fraud.

Leave it to the Florida politicos to so clumsily write a piece of legislation that it effectively outlaws all computers. In a previous lifetime, I worked for a Florida State agency, and they were always doing harebrained stuff like that. I'm not at all surprised. Now let's see them wriggle their way out of it.

I think Harris and Kevin need to run for office.

If you really want to know why... Just google, "It happened in Florida" 'nuff said.

This thread gets its own theme song...great new Patty Griffin tune.
Don't Let Me Die In Florida
http://www.youtube.com/watch?v=-UcVtuwcKOo

Blur your eyes at a map of Forida like one of those magic posters and you will see the problem.

"The suit maintains that the ban was essentially passed "in a frenzy fueled by distorted judgment in the wake of a scandal that included the Lieutenant Governor’s resignation" and declares it unconstitutional." From the article. It seems that this is what politicians now do. Something bad happens, and they respond by banning something that 99.999% of the citizens don't abuse. If i were the king of the world, I'd make a Law REQUIRING all law makers to actually read the bill before voting on it. You dont read it, you can't vote on it.

Family moved there in 1954, was wonderful, moved out in 1986, East coast ruined by people from northern from NY, Pa. Not all of them. West coast inhabited from mid westerners, nicer & different folk. Then you add all the old retirees seeking no taxes (personal) & a whole bunch more. Peoples wanting to cheap out & not keep the rights we had down there before they came.

You want it like it was where you came from? Stay there!

@zonomo: +1 ... What a novel idea. The conventional wisdom seems to be “we have to pass it to find out what’s in it” as was infamously stated not long ago by a certain “prominent” politician. At least that was one instance of one of them stating the truth plainly.
@instymp: Very true...seems to be a phenomenon in areas of the country where people tend to migrate to. They usually move for better weather but often bring clouds of political insanity with them. I’m not sure there is any region of the country that still retains the unique localized culture it once had. It all seems to have become the same standardized corporate system anywhere you look.

This thread gets its own theme song...great new Patty Griffin tune.
Click to expand...

Wow Brian. Not sure why I never heard of this girl before. I had to look her up to put the face with the name. I like her style a lot. I love the stomp she does!!
http://www.youtube.com/watch?v=vZDOQhDGlPg

@roth: +1 ... “No man’s life, liberty or property are safe while the legislature is in session.” – commonly attributed to Mark Twain

Wow Brian. Not sure why I never heard of this girl before. I had to look her up to put the face with the name. I like her style a lot. I love the stomp she does!!
Click to expand...

Glad you liked it. IMO, Patty Griffin is one of the very finest singer/songwriters ever. She’s actually been around a while, but many people probably haven’t heard of her. Her first album, Living With Ghosts, came out around ‘95 or ‘96. It was actually the original demos that the record company released because they liked them so much as they were...just her and the guitar. The second album, Flaming Red, was fully produced with backing band, etc. She’s done much more since then, but those first two are essential, and both incredibly good, imo.
Her songs have been covered by many famous artists. I have no doubt that if Patty had started out in the late ‘60s or early ‘70s she would have been a superstar...but times have changed. 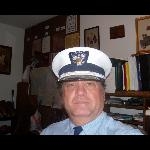 I was born in the North and i will die in the North.Yes I am A hole high to a moose in snow three months out of the year and thats OK becuase those three months my Idiot Brother in law and his wife are in Florida.

I was born in the North and i will die in the North.Yes I am A hole high to a moose in snow three months out of the year and thats OK becuase those three months my Idiot Brother in law and his wife are in Florida.
Click to expand...

:rofl:
@gwtwdbss: I meant to add, thanks for posting that video. I did see those Bing Lounge videos already, but I enjoyed seeing it again.

I'd say "idiot politicians," but then I'd be repeating myself.

"I'd say "idiot politicians," but then I'd be repeating myself."
Agree, but don't we vote them in?

This is the same legislature that voted for a 85% wholesale tax on pipe tobacco while taxing cigars not one dime. The government in Florida besides being stupid is incredibly corrupt. They are whores to their masters the corporations of America and the worst part is the idiot residents who continually vote these crooks in even though it is against their own self interests. They voted in a governor who should have gone to jail for Medicaid fraud and the first thing he did was to let the insurance companies raise rates as high as they wanted.
They got rid of the internet cafe's because they were paid off by the large Casino owners who complained of lost revenues, anyone who wants to buy a politician, come here to Florida, they come cheap.

@cigrmaster: Well said, and thanks for the local insight. I have no doubt you’re correct regarding the casinos targeting the cafes. That’s exactly the way these things work everywhere...and always sold to the masses as some high moral issue. Another case of the big guys putting the little guys out of business...not through free market competition, but through government enforced monopolies.