Was Copernicus Wrong? Is Our Solar System the Center of the Universe?

This is so cool that I had to share it here - many thanks to Brian64 for bringing it to my attention. Mind you, this is another "out there" topic, so bear with me. :

I will try to be brief. Basically, scientists have discovered the potentially earth shattering possibility that our very own solar system is "cosmically" aligned with the entire universe.
Here is a PDF written by Dragan Huterer, a theoretical cosmologist and a professor in the department of physics at the University of Michigan in Ann Arbor that outlines the discovery:
http://www-personal.umich.edu/~huterer/PRESS/CMB_Huterer.pdf
This was written back in 2007 and basically states that through the study of the Cosmic Microwave Background (CMB), scientists have noticed something that shouldn't be - namely that our entire universe seems to be split into a "cold" portion and a "warm" section and that this split is miraculously aligned with our very own solar ecliptic.
According to our current theories of a "random" universe filled with countless galaxies, this simply should not, could not be. If true, it implies that our little solar system is cosmically very significant. This is an image from the PDF: The Principle
And here is a shorter article that sums things up:
https://medium.com/we-are-in-a-special-place/the-principle-movie-8b99ee2d3466
What's especially interesting is that in the PDF linked at top, Huterer states that once we have a newer detailed map from the Planck Telescope, we should be able to prove whether or not this anomaly is really there. As mentioned, this article was written in 2007 and we now do have new information back from the Planck telescope and it actually confirms the earlier findings.
Scientists have labeled this the "Axis of Evil" because it has the potential to destroy our current understanding of the universe.

How does this show that Copernicus is wrong? All he said was that the earth circled the Sun not vice versa.
It has only been proposed in the last 30 years that the Universe has no Center.
I thought the WMAP satellite study pretty much showed a uniform dappling of heat through the universe. 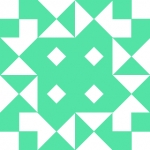 Where's Starcat when you need him...

How does this show that Copernicus is wrong? All he said was that the earth circled the Sun not vice versa.
Click to expand...

lol - sorry, I was being a bit over dramatic for the title.
To be honest, this whole subject is not proven one way or the other - but so far, from the multiple articles and abstracts I've read, scientists cannot dismiss it - though many would like to because it challenges current models of the universe.

I thought the WMAP satellite study pretty much showed a uniform dappling of heat through the universe.
Click to expand...

Yes, that is the basic idea, until [they say] one takes a step back for a bigger picture. Read the PDF for a fuller description, its an interesting read.

As of two days ago center of the universe is my brand new, low mileage, single owner, grandson! No theories or scientific gobbledygook required as this just is the current state of life as I know it! No arguments brooked!
Fascinating information. Seems something is always popping up to unsettle the accepted scientific "facts" and theories.

I am the center of the universe and since I'm currently on Earth, this makes sense.

I am the center of the universe and since I'm currently on Earth, this makes sense.
Click to expand...

This is a great topic to watch. Think of the ramifications if we are the center of the universe. Hmmmmm! makes one think, now I'm going to have pipe and think on it.

I love this kind of subject. Thank you for posting. Now to sit back with a bowl and think about it all.

A single bowl of tobacco to contemplate this subject simply is not enough. This is, I think, a three pipe problem.

Thanks for the post numbersix ... I'll be looking for that documentary.
Last night I watched a show on the Cosmos and they showed the Super-Kamiokande Neutrino Detector.
It's 1/2 mile underground, contains 50,000 tons of pure water and has over 11,000 photomultiplier tubes.
Google up some videos of that place if you haven't seen it!

It's this sort of stuff that keeps getting us made fun of at the Galactic Empire. Why just the other day, a Wookiee wouldn't hold the transporter for me.

Thanks guys - glad to know that others here like this type of stuff too. :

Dude I sooooo have the munchies right now... far out man...

Yank that chain a little harder, Patrick, it doesn't hurt enough yet! Actually, I think the same can be said of isolationists in general, and they run the political gamut.
What is so cool about this theory is that it pulls the rug out from under scientific dogma. And I just love it when the proven is proven to be possibly not proven. It's better than being proven to be wrong,only to be replaced with something else that is proven, because it injects a butt load of doubt into the world, something we can always use more of.

That's an interesting iconoclastic revision of the current prevailing concept of the universe. By this scheme, is the earth at the

center of the big bang? It seems unlikely. Or is it only aligned with some conceptual center of the universe. This cosmologist

sounds like his tenure may be going to his head. However, a lot of revolutionary concepts start out as crackpot ideas. The

Nobel Laureate Barbara McClintock started out as the laughing stock of genetics meetings, with her cock-and-bull studies of

jumping jeans, until gradually she was proven correct. No one was laughing when they awarded her the Nobel. She allowed as

how she might get herself, with the money, a new pair of sneakers. She was pulling everyone's chain. She continued her work

at Cold Harbor on Long Island, honored, revered, and quite eccentric.

Had to save that top PDF for later reading, this is a subject I think Sheldon Cooper from The Big Bang Theory would love.
I like universal subjects as it makes for good contemplation, thank you for sharing.

What is so cool about this theory is that it pulls the rug out from under scientific dogma. And I just love it when the proven is proven to be possibly not proven. It's better than being proven to be wrong,only to be replaced with something else that is proven, because it injects a butt load of doubt into the world, something we can always use more of.
Click to expand...

+1
It is amazing how many cutting edge discoveries, from quantum physics to astrophysics, (and in literally every other field as well) have brought many long-standing dogmas of western science into serious question.
The most fundamental question, imo, is whether consciousness is an artifact of matter, or matter an artifact of consciousness. From the former perspective, the case being made by the information in the OP makes little sense...but from the latter it makes much sense.

This looks like a shill for the "intelligent design" crowd. If you choose to believe in a higher being, then cool, go with that, just don't try to mix up your religion with science. I am tired of these so-called debates about established scientific knowledge. This is the evangelical right wing crowd trying to disprove science as just a theory. Just because we don't necessarily have all the answers to every conceivable physics question is no cause to add metaphysics into the discussion. If you cannot find the scientific answer to a question you keep searching, maybe for many years, you don't get to fill in the blank space in your equation with "and then a miracle happens" as a crutch to actual scientific research, or to try to prove your religious point of view!