Virginia Blends with a Pinch of Latakia 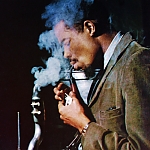 After finding out from @samcoffeeman on another thread that Fillmore (a blend I love) has 2% latakia, I'm wondering what other Virginia-based blends have just a tiny bit of latakia to add a special extra something. Extra points if they've got some perique or DFK in the mix. I see GLP's Laurel Heights has a bit of latakia. How does this compare to the level in Fillmore? Is Greg Pease the only one using this blending "trick"/stroke of genius?

I've added Nightcap to some of my burly and virginia blends. It gives that smidge of Latakia flavor that you're looking for.

I put a lil Dunhill English in with my Orlik Golden and it's great. 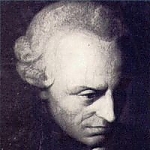 Laurel Heights and Fillmore are the only two I'm aware of, but then Greg has also written more about his blends than most other blenders write about theirs.

Laurel Heights has such a small amount that it was speculated for a long time to just be people's imagination till Greg spilled the beans, as I understand it. I was one who never thought it was in there, but I loved the mahogany, leathery, tastes that I would get a hint of occasionally. It is one that I keep a large amount of stowed away. My favorite Fall hiking or out hunting tobacco.
Sutliff's Saint James Court is a VaPer with a touch of latakia. It's very new. Besides Jim, I'm not sure I've ever seen anyone review it. It's OK, but it doesn't knock my socks off. Sutliff to me just adds to much crap to their Virginias for my tastes. They like to spray everything with something, or at least that is my impression of them. But, it's worth a try for the curios, or those not as picky as me about their Virginias.
McClelland's Black Shag is a Sherlock Holmes blend. I opened some about a month ago that had a few years on it, and without knowing for sure, my estimation is that it is a Virginia with a condimental amount of Dark Fired Kentucky and a whisper of latakia. I love it, tasty and has the nic kick just right. The biggest draw back for some is that it is a shag, not cigarette style, but shaggy enough to make you have to be very careful not to smoke it too fast. But, for my smoking style it works very well.
I've also seen it debated to whether the Rattray Virginia blends all have a touch of latakia. I can taste a hint occasionally while smoking them, in the Laurel Heights sort of way. But, I haven't seen anything definite written from the company.
There are a few blends of Orientals/Balkans that I love that just have a whisper of latakia, but they are heavy on the tangy orientals, so those may be off topic. But, I used to be a latakia-phobe, until I found some of these blends with a tad bit of latakia. I really like it, but on a very sparse level.

Thanks, all! Looks like Laurel Heights and Black Shag just shot up to the top of my wishlist.
Cosmic, I'm all ears if you want to suggest some Orientals and Balkans that are light on the latakia!

@Cosmic: curious as to which Oriental/Balkan blends with "a hint" of latakia you refer. I'd like to try a tobacco where the Orientals carry the ball, with the latakia used more as a condiment than an overbearing lead component.
Many thanks!
P.S. I'm not really into Perique, Kentucky or Cavendish blends, either... though PS's Balkan Supreme, with its

fair bit of Cavendish and more than a little latakia, does appeal to me. I'm just supposing deleting the Cavendish and minimizing the lat would make me happier..
Too confusing or contradictory???

Not to answer cosmic's question for him, but I think he's mentioned GL Pease Ashbury in that category before, and I'm also a big fan of that one. Lots of orientals and just a bit of latakia. For something in the same vein, try Chelsea Morning. For something a step bigger, try Kensington. GL Pease has all these unheralded blends, and I consider myself their ambassador. 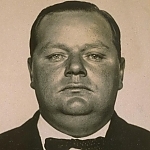 Ashbury is at the top of all of my lists this Winter. Also, McConnell's Oriental and Dan's Midnight Ride. All of those have minimal latakia and lets the other players in the mix come forward. Midnight Ride has a good dose of perique, so you may not like that. But, it really mixes well with the tangy orientals, so I would encourage folks to try it. The Perique doesn't foul the mix IMO. I like that all of these gives you different flavors all through out the smoke, unusual flavors. At least unusual for someone who has spent a great deal of time just smoking Virginias. A true Balkan/ English connoisseur may already be keyed into these flavors.

For some Orientals that have more subdued Latakia try Presbyterian or Robt. McConnell Oriental, very nice soft blends.
One flake that has Latakia but has a taste all its own is Gawith Navy, Rum soaked VA and Latakia flake. It is phenomenal, nothing out there is close.

Agh! So many great-sounding blends to check out! I'm with jrtaster, fire away with the Orientals/Balkans/English blends with just a touch of latakia.
Thanks, Andrew and escoie, for the suggestions. These all sound good. Really good. I actually noticed Ashbury on my SPC wishlist the other day and was trying to figure out how it got there, haha. Must have been based on an old post of Cosmic's, maybe?
This raises the issue of ghosting, though, since I don't normally smoke blends with latakia in them. I haven't noticed any problems with Fillmore, but the latakia is minimal there. I'm guessing I'd want to dedicate a pipe to Ashbury, Chelsea Morning (with perique, too! Man, thanks again for that recommendation...), or Contest Blend, right? My pipes see only Virginias, VaPers, and the occasional burley-heavy blend.

I forgot about Presbyterian. I love the woodsy cedary flavors in that blend. Dunhill's EMP is another, but it really makes my tongue raw, not burnt or bitten, but just raw after smoking it, like it wears out my taste buds or something. It is tasty though.

For the Orientals and light Balkans, I don't find ghosting to be an issue for my Virginia pipes. I just wipe the bowl out when I'm done and I maybe get a slight, slight hint of the latakia, but never anything that spoils my smoke. For the Virginias and VaPers with latakia, like Laurel Heights and Black Shag, I just use my VaPer pipes. I don't think those could ghost unless you have supernatural taste buds :

For the Orientals and light Balkans, I don't find ghosting to be an issue for my Virginia pipes.
Click to expand...

That's good news for the wallet, haha.
@lochinvar Thanks! That's the SG Navy Flake you're talking about, right? That one's going on the list, too.

Robert Lewis Wingfield tastes like it has a smidgen of Lat within a nice tasty matrix of light Virginias. McClelland Anniversary has a noticeable bit of Latakia.
hp

McClellend's anniversary, Early Morning Pipe for light lat with orientals, never had a problem from EMP but I only smoke one bowl in the morning of it. El ricon de la pipa #1 has a very light lat with alot of turkish izmir, only available from 4noggins as far as I know

I hear that if you don't like Early Morning Pipe, you're not a real pipe smoker.

That's the SG Navy Flake you're talking about, right? That one's going on the list, too
Click to expand...

SG Navy Flake has 15% Latakia. It is probably a little heavy on the leaf for what you are searching.

Actually, I'm going to put in a BIG plug for SG Navy Flake. It started me on the path looking for Lat-spiced Virginias and is one of my top 3 Go-To smokes, and is the blend that I smoke the most.
During my search for similar blends, I discovered GLP's Quiet Nights- Virginias, Orientals, Perique and Latakia. QN is a very thick, satisfying, complex blend that isn't overpowered by the Lats.
But when I read pipesinperu's request, I immediately thought of SG Navy Flake.

G. L. Pease's Lombard is also in this category. From the description, "The twist in this Lombard? A delicate breath of Cyprus Latakia is added for a whisper of smokiness and a slightly deeper flavor. "
A very nice tobacco, too. Got a tin last time I was in the US (in SF, so it seemed appropriate) and tasted it for the first time recently. Looking forward to smoking it more often.