Ten years of absence, what did I miss?

Ten years ago pipe smoking was in decline. Now, because of the internet, the old hobby is show'n some signs of life. And because of forums like this, professionals are bringing back blends given up for dead and amateurs (and members) like , I think it was woodsroad, are even bringing back some of the more obscure. Great days are upon us again!
Plugugly 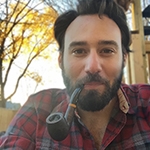 As a relatively new pipe smoker this thread has been an interesting read! I've taken for granted the wide variety of offerings and relative ease of obtaining whatever stokes my fancy. It sounds like this is a relatively new luxury and one I should enjoy while it lasts!

It's true that webshops have certainly enlarged the availablity of offers. On the other hand, tobacco shops have considerably suffered. Back then, in our country, you would always find a nice shop at best addresses in town with a large offer of pipe and tobaccos. Today there are much fewer stores, with less offerings in back alleys.

That is truly a loss, and not one that is distinct to tobacco shops. I have only had the privilege to wander in to a handful of brick-and-mortar tobacco shops and relished the experience each time.
I'm not entirely sure that it was the webshops which precipitated the decline of brick-and-mortar stores in the tobacco world or if it was the general decline of the hobby. I'd love to hear from all of you that experienced the decline and get your $0.02 on what precluded what. From what I have gleaned it seems to have been a perfect storm of anti-tobacco laws on the rise, gaining popularity of cigar smoking and waning popularity of pipe smoking, and yes, maybe even the proliferation of the internet causing the pipe-hobby to become a more introverted affair; I'm certainly an offender in this sense, I rarely smoke outside my own house, contributing to the lack of visibility of the hobby and not combating the stigma that it is a somewhat odd thing to do.
I hope the burgeoning popularity of pipe smoking in my generation (no doubt spurred on by the-internet-of-things including this forum, blogs, webshops etc) can buoy the hobby enough to help support the remaining mom and pop shops and make the hobby less of a social leper. In my part of the woods you can smoke a cigarette, puff on a cigar, chew on a wad, heck even vape in public - yet every person who has discovered that I smoke a pipe has thought that I have gone slightly off.

"Mark Ryan single-handedly rescued the Perique industry."
God Bless Mark Ryan, he may have helped and been the prime mover for pipe tobacco and Perique, but no, he did not "single-handedly" rescue the Perique industry. Props go to Christopher Brown and Matt Nichols and Mike Little who helped Ray Martin. Mark Ryan came along a few years later and jumped on their band wagon.
"About 15 years ago, the world supply of the pungent Cajun tobacco perique was down to about five barrels. One of the rarest tobaccos in the world, it comes from St. James Parish, about 50 miles west of New Orleans."...
"The backbreaking labor associated with that preindustrial process, combined with a succession of storms and low prices, had led to a long period of attrition. When two tobacco enthusiasts, Christopher Brown and Matt Nichols, decided around 1998 to go see where one of their favorite products grew, they were shocked to find just a few acres of farmland left.
Mr. Brown and Mr. Nichols resolved to do something to preserve perique. They helped Ray Martin send samples of his tobacco to major companies, and one of them ended up on the desk of Mike Little, now the president of Santa Fe Natural Tobacco Company, which makes American Spirit cigarettes."...
"In 2000, American Spirit introduced a perique cigarette, giving Mr. Martin the consistent buyer he needed. Over the years, American Spirit and its perique blend kept expanding, finding plenty of willing buyers in America and overseas. Mr. Martin also runs a processing plant for the growing ranks of perique farmers."...
"In 2005, a North Carolina businessman named Mark Ryan bought an old processing facility in nearby Convent, La., with a lineage going back to Pierre Chenet, thought to be the first Westerner to produce perique. Recently, he added to it. Mr. Ryan has more demand than he can fill with his local farmers, and augments his barrels with tobacco from places like Kentucky, Virginia and Canada, as his predecessor had done for years as more and more farmers left the business."
This "story from a Pipes Magazine article is disingenuous to say the least and should be revised to reflect reality and not preen someone's ego.
"So, the world didn’t know it, but for about five months, the world supply of Perique was gone forever other than what was the legacy and the inventory in the factory. So when I bought it in 05, I went on the secondary market, because I couldn’t buy direct because everybody already sold their products, so I got some to process and we got a little start that year and we’ve been growing it every year since. I’ve been working very aggressively on it. I’ve got seven farmers growing for me now. I’ve got farmers in Paulina.

PipesMagazine.com: Why was there no Perique in 2005 when you bought the company?

I was just limiting the discussion to the last 10 years, which is when Ryan stepped in. :lol:

If you want to go back arbitrarily far we could say Pierre Chenet single-handedly rescued the Perique industry. :rofl:
Wow, just wow. A guy in California telling Me to keep it real! :rofl:

Both good points. The O/P did limit it to 10 years, but why not stretch a bit and go for 15 years, circa 2000 as opposed to 1824? By the time Ryan stepped in, Ray Martin was rolling, and as I mentioned, it is really more like Rayn jumping on the band wagon that was rolling five years before. Also, important to give credit where credit is due, "Props go to Christopher Brown and Matt Nichols and Mike Little who helped Ray Martin"

Regardless your point that Perique is back in pipe tobacco blends big time, in the last ten years, is right on the mark as to the O/P's question.
BTW, I am moving to Missouri in two weeks so call me the "former California guy" after August 1st.