Most of the posts I've read about cleaning stems dealt with micro mesh, which my locals don't carry. So I bought some wet dry sand paper, 600, 1500 and 2500. One beater I am practicing on I used the 600. Took quite a while to get the oxidation off. What should I be using? (I also have some 400 in the garage some where.)
Should one use Oxyclean first, last or not at all?

I just use Barkeeper's Friend. A bit more elbow grease, but the results are great!

I start with 400 then hit the Micromesh I think 1500 up to 2500 and then I use Obsidian oil. After that I go up to the finest grit dry and more Obsidian.
Amazon sells micromesh.
Reborn pipes has a great resto how to.

I don't want to start another knife fight in a phone booth, John, but I do prefer a solid soak in bleach vs. Oxyclean and the "green" level also determines how long the stem soaks. Bleach is harsh, true. But it does a much more effective lifting of the oxidation than all the other solutions fellow restorers have proposed. I've tried them all and bleach works best for me.
Now, if I die of Clorox-Soap-Hot Water-Everclear cancer in the next few months I'll apologize and admit I was wrong.
I then follow up using every Micromesh pad in the kit I've ordered. It's important that all the pads have that equally well worn look.
Fnord

It's the sulfur in the vulcanite that oxidizes. Most of the time the sulfur is only partially oxidized, that's why it can be a pain to get off. A method like oxyclean finishes oxidizing the rest of the surface sulfur making it "soft" and allowing it the be removed much easier. Once all the surface sulfur is oxidized it can be removed pretty easily with a mild abrasive like a magic eraser sponge or barkeeper's friend.
The problem with using a heavy grit paper is that you basically sand away the top layer of the vulcanite exposing more sulfur to light, heat, and oxygen which starts the oxidation cycle all over again. It's better to "pre-oxidize" all the surface sulfur using the oxyclean method (or some other similar method), rubbing away all the oxidized sulfur using a mild abrasive, and then only using very fine grit papers to finish the stem. This will smooth the surface that has had the sulfur removed instead of exposing more sulfur. This involves a LOT more work but it's a much better method than just going after it with a heavy grit sandpaper or (just as bad) brown tripoli on a buffing wheel. Just my two cents on the subject.

When you submerge the stem in a chemical solution, then remove the oxidation, is the diameter of the tenon affected?

I've only used bleach on few very bad stems. It does bring them back to black again, but it will be rough and still need wet sanded.
Bleach will eat any metal stinger, banding, and logos, so cover them carefully with Vaseline to protect.
I prefer to soak with Oxy Clean then wet sand up to 2500-3000 grit.
Be careful not to round off the stem face near the tenon.
@chasing
Just coat the tenon in Vaseline before soaking. I never try to deoxidize or sand it. A good alcohol scrub for the tenon is all that's needed.

Bench buffer - everything else is a royal PITA IMHO.... 8O

Gentlemen:
THANK YOU! A compendium for sure, including some of our best and brightest. Back to the salt mines! More dunking and sanding. And I have plenty of mineral oil from my butcher block days. 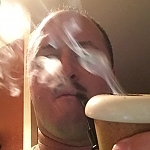 JP I'm not sure where you are from, but if you have access to a Hobby Lobby you can pick up the micromesh 2x2 pads. As far as bleach and oxyclean I've only used oxy clean, but willing to try the bleach on my next batch of the restores. I usually let them soak then do all the magic eraser at the sink since they tend to turn it really dark fast. I then use 600 unless really bad pitting then I go 400. If there are holes I use small sanding sticks to try and get out the oxidation then work on filling them instead of sanding down to that level.

very much a rookie but...
Would Hydrogen Peroxide work?
I have been collecting used pipes and use it for cleansing.

When you submerge the stem in a chemical solution, then remove the oxidation, is the diameter of the tenon affected?
Click to expand...

Absolutely. Any time you were removing oxidation, you are removing a layer of vulcanite and making the stem incrementally smaller. This is really only noticeable on sharp edges - the shank/stem junction, saddle or bulldog edges, buttons, etc. The key is to remove enough of the oxidation and at the same time, not alter the stem dimension any more than is necessary.
That is why sometimes at the edge of my stems (at the shank junction), you'll see some remnants of oxidation.

As a Dunhill fan, oxidation is a scourge... until I found those MrClean erasers. They work wonders and are aptly named.

Once you have it clean, grab a Jewelers cloth. Cosmic turned me onto these. One side is a very mild abrasive and the other is a wax.
I have had no oxidation issues since I started using it.

I tried to get the oxidation off my beater Rossi by soaking the stem in rubbing alcohol. I'll admit I didn't know what I was doing because it became even more oxidized. I tried to rub some out, but it really wasn't working.
I'm going to try the Magic Eraser suggestion. I think I may have oxidized the top level if its that kind of stem. Now I just need to clean it up and maybe it will stop in the future. I don't know, I'm no chemist. lol 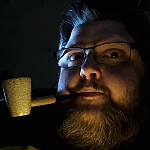 Recently I removed some oxidation using the Magic Eraser method with a bit of hot (distilled) water. It worked fine in removing the stem oxidation, but the gloss is now more of a matte finish. Then, I went ahead and polished the stem with Paragon Wax, but I couldn't get the smooth shine back.
Is there any hope of polishing the stem back to a smooth shine, without a buffing wheel? Thanks, in advance.

I use a buffing wheel that attaches to my variable speed drill, clamp it in my vice and set it on the lowest speed and buff with Carnauba wax, works like a charm, both items available on the bay for under $2 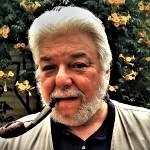 ^Jeffrey, get a tube of Flitz Polish (non-abrasive, non-toxic)and some Obsidian oil. After using the Magic Eraser, polish with Flitz, and finish with Obsidian. The stem will look great.